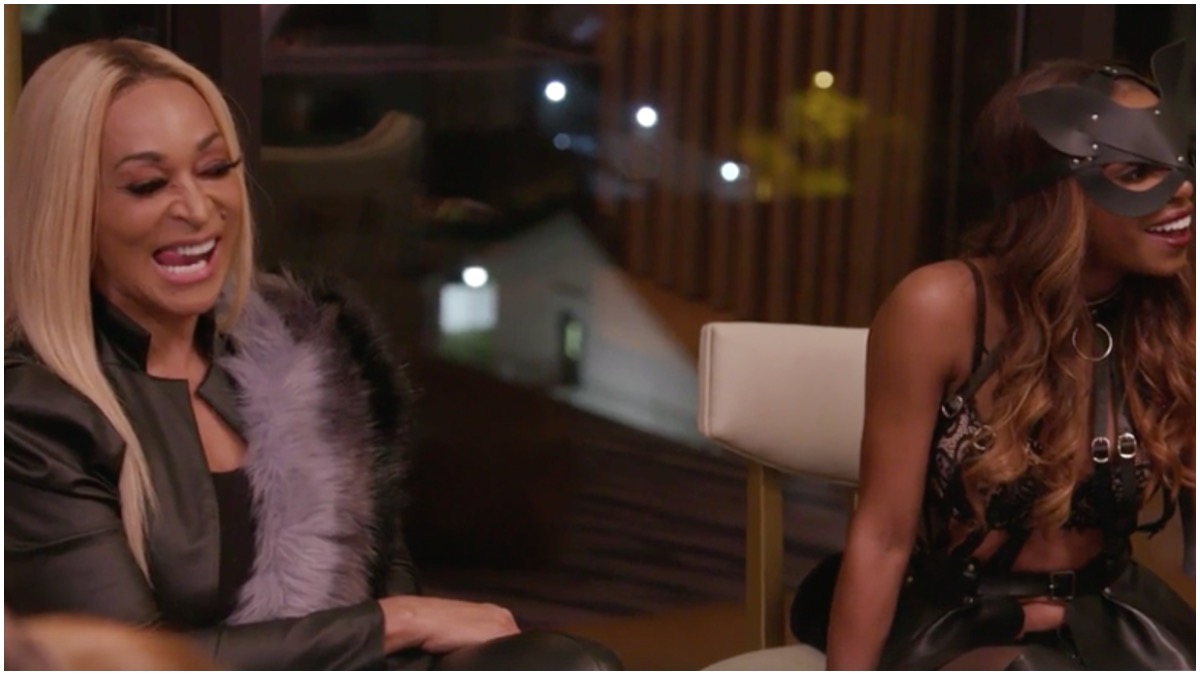 Real Housewives of Potomac star Karen Huger said that she has a pillow fetish. The reality star also talked about her lady parts during a preview for next Sunday’s episode of the reality show.

The ladies were on vacation in Portugal talking about sex when Ashley asked the women where their favorite spot to be touched is on their bodies.

“My vagina,” said Karen without hesitation.

“I actually have a pillow fetish,” Karen said, adding that she likes to have pillows surrounding her on the bed and that she has one she particularly likes.

After Candiace asked if it was a vibrating pillow, Karen responded, “It is. It is.”

Gizelle Bryant cackled, “What in the tarnation?”

Wendy asked, “So, you dry hump your vibrating pillow?”

Karen’s mouth is in retirement

Ashley also asked the women when they last gave a blow job.

“Honestly, I’ve retired my mouth,” said Karen, noting that it had been two-and-a-half years since she gave her husband oral sex.

A clip of Gizelle showed her commenting on the revelation in her confessional with her usual shade.

“Does Ray want the world to know that you have not slobbed the knob in two-and-a-half years? Probably not. But I am a true component of if you not sucking his d*ck, somebody else is,” she said.

Don’t come for the Grande Dame

Karen has had a lot to say on this season of The Real Housewives of Potomac and she did not hold back when Wendy Osefo said she thought Karen had belittled her four college degrees.

Karen went on to read Wendy like a book for her rude behavior and disparaging people who don’t have college degrees.

“Let me be very clear,” Karen began. “You and I, each time we have an issue is based upon interpretation of what I’ve said to someone. It’s always taken out of context and always said with a hint of funk to it.”

“Understand that I understand the power of education. I come from an extremely educated family and even though I do not have a degree…”

“Not nare one,” interrupted Wendy.

“Not nare one, don’t need one,” Karen responded. “Because I’m one of those people that succeed, Wendy. God is good. I’ve been blessed with the spirit of an entrepreneur and I’m doin’ the damn thing! There are a lot of people in this country that do not have degrees.”

“Common sense is a saving grace! And baby, you can’t buy it. And I got it,” she concluded.

The Real Housewives of Potomac airs Sundays at 9/8c on Bravo.