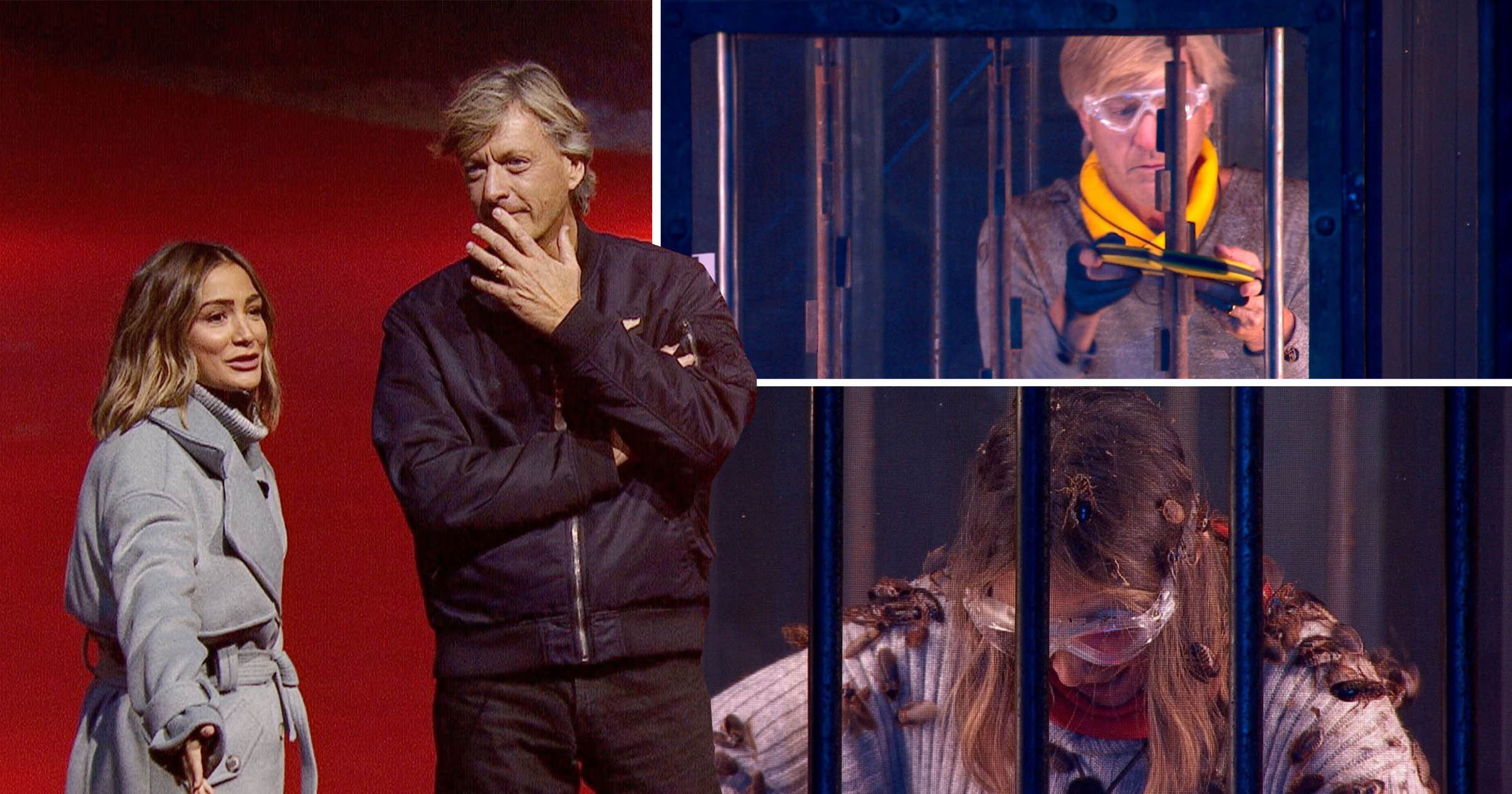 I’m A Celebrity… Get Me Out Of Here! 2021 is off to a cracking start, as Richard Madeley and Frankie Bridge take on the very first critter-filled trial after being voted for by viewers.

Tomorrow night, the new series is set to premiere on ITV, with stars including Louise Minchin, Danny Miller, David Ginola and Naughty Boy entering Gwrych Castle in Wales for all sorts of horrifying fun and games.

When they first met, several of the celebrities were greeted by Ant McPartlin and Declan Donnelly, before taking on a terrifying plank challenge to begin their journey.

However, once they entered the castle, the first official trial took place, which was undertaken by Good Morning Britain presenter Richard and The Saturdays singer Frankie.

The other eight celebrities arrived at Turrets of Terror, a huge three-level structure that had been placed in front of the historic castle.

It was there that Ant and Dec revealed that the public had already voted for two people to participate in the first trial – enter Frankie and Richard.

The eight remaining stars were already in two separate teams at this point, with the group who were currently in the lead given the choice to decide whether Frankie or Richard would represent them.

While the winning team will earn the keys to the castle, granting them access to the main camp with beds, a warm fire and a meal, the losers will be ‘banished’ to the Castle Clink, where they’ll have to make do with basic rations.

Ant explained to them how the Turrets of Terror would go down, telling them: ‘Hanging high in the air between the two turrets are two giant keys. The first celebrity to make their way to the top and grab their key will win.’

The presenter outlined how each Turret is made up of three floors, with stairs leading to the next level.

‘However, to get to the next level you need to go through a locked gate,’ he said.

‘On each floor you must retrieve the keys to unlock the three padlocks to open each gate. When you get to the roof of the turret you must use your lance to hook your key and drag it over to you. The first celebrity to retrieve their key has won.’

Of course, it was never going to be a walk in the park for Frankie or Richard, as they were joined in the Turrets by all sorts of creepy crawlies.

Before Frankie and Richard’s challenge, the other celebrities took on other mortifying challenges in order to give their respective teams a head start.

Louise, Naughty Boy, Snoochie Shy and Danny faced the plank challenge, while Arlene Phillips, David, Kadeena Cox and Matty Lee were given the ‘hell holes’ – where they had to stick their hands into mysterious boxes and try to pass tools to each other in order to unlock flares in the quickest time possible.

Louise went up against Danny when tasked with pressing a button on the end of the plank first when signalled by a green light, while Snoochie faced Naughty Boy.

The two winners were then given the chance to choose two people from the ‘hell hole’ group to join their team.

While we don’t know yet who’s in which team, we can’t wait to see the celebrities unleash their competitive streaks from the start.

So who will be enjoying the comfort of a campfire on the first night, while others are banished to the dreaded clink?

If you’ve got a celebrity story, video or pictures get in touch with the Metro.co.uk entertainment team by emailing us celebtip[email protected], calling 020 3615 2145 or by visiting our Submit Stuff page – we’d love to hear from you.