Richard Madeley didn’t hold back his feelings towards Chris Rock as he weighed in on the moment Will Smith punched him at this year’s Oscars, branding him ‘the most unpleasant celebrity I’ve ever had the misfortune to meet’.

The Academy Awards 2022 were thrown into chaos after Smith stormed the stage and hit Rock in the face after the comedian made a joke about his wife Jada Pinkett Smith.

The shocking unscripted scene just minutes before the Fresh Prince star was named best actor at the ceremony.

Unpacking the situation on Monday’s Good Morning Britain, Madeley said he understood why Smith lashed out, although stressed he doesn’t condone violence.

He then went on to reveal he once interviewed Rock, describing him as ‘rude’ and ‘unlikeable’.

‘I was asked by GQ Magazine some years ago… he [Rock] was the most unpleasant person I’ve ever interviewed of my entire career, and that goes back to 1972 when I started at a local newspaper,’ Madeley began. 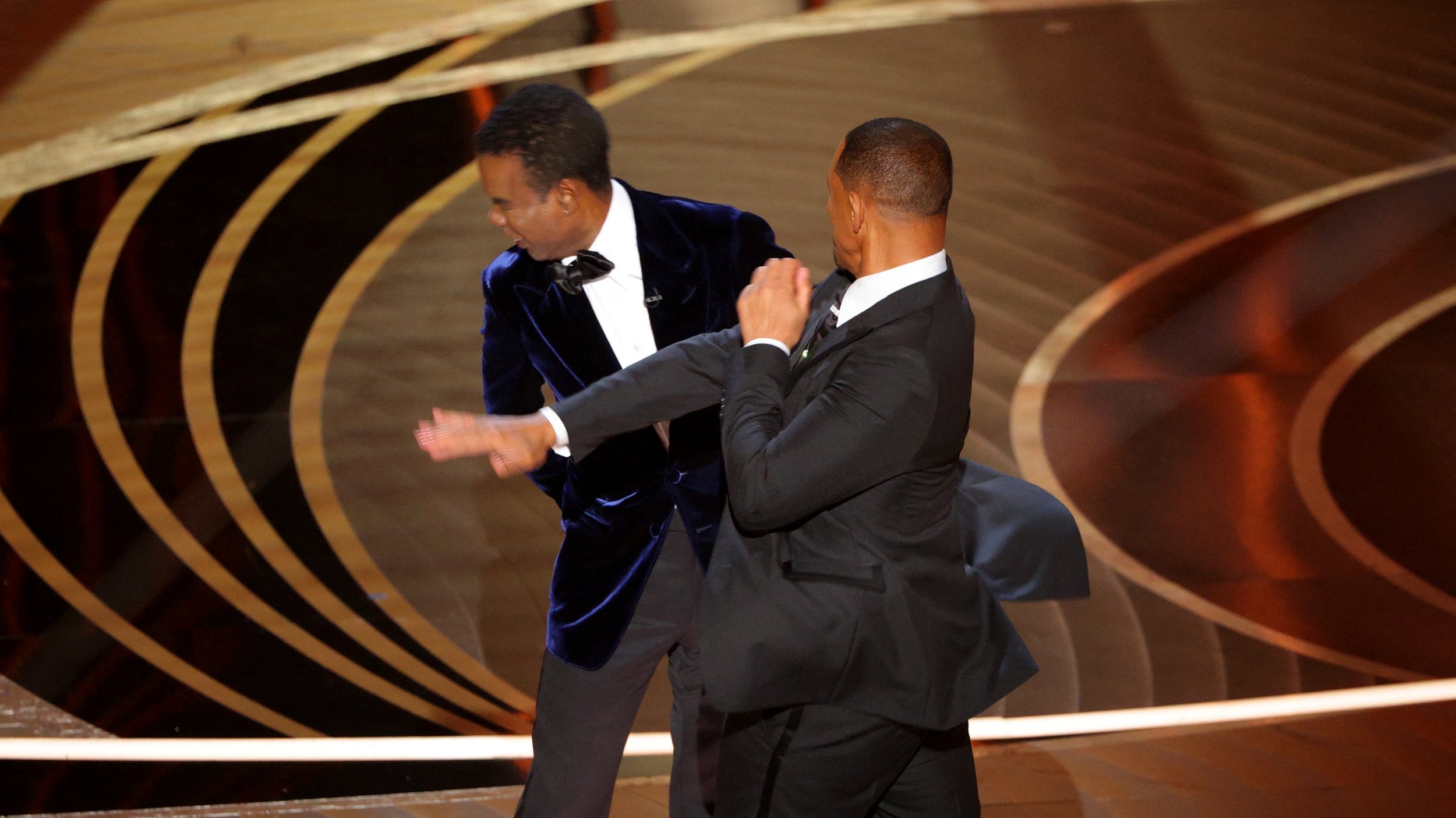 Madely explained that he and his wife Judy Finnegan interviewed the comedian on their Channel 4 programme to tie in with the release of Madagascar.

‘It was a pre-recorded interview,’ Madeley continued. ‘If it had been live, we would have abandoned it. He was the most unpleasant, rude, aggressive, unlikeable person I’ve ever interviewed on camera, without question.

‘We edited around all the difficult bits and the interview that went out looked alright, but actually, his behaviour was awful. In my book, he’s the most unpleasant celebrity I’ve ever had the misfortune to meet.’

Talking about punch-gate, which came after Rock made a joke about Pinkett Smith’s alopecia, Madeley said: ‘I don’t condone it, what he did was wrong, but I do understand it.

‘If Judy had alopecia and someone used her condition as material, I’m not sure what I’d do.’

Madeley’s comments didn’t sit well with some viewers at home, with one writing: ‘Interesting to watch Richard trying to justify Will Smiths assault on Chris Rock – what an absolute disgrace.’

‘Am I really watching Richard Madeley and #GMB defend Will Smith assaulting someone?’ another vented. ‘Sorry but violence isn’t the answer to anything or we descend into complete chaos as society. What next, will all comedians need security to teeter near the edge?? Bonkers.’

Smith, who won his first Academy Award for King Richard, appeared to take offence to a gag Rock made about Pinkett Smith’s short haircut.

The Magic Mike XXL star and Red Table Talk host has previously spoken about her struggles with alopecia and said it is what prompted her to shave her head.

However, Smith walked up on stage and appeared to hit Rock before returning to his seat and shouting twice: ‘Keep my wife’s name out of your f****** mouth.’

The altercation left Rock shocked and flustered as he tried to resume presenting the best documentary feature category.

The incident cast a cloud over Smith’s acceptance speech for his first-ever Oscar, after he was named best actor for his portrayal of Richard Williams, the father of tennis stars Venus and Serena Williams, in King Richard.

Smith apologised to both the Academy and his fellow nominees, but not to Rock, as he collected his gong, joking that he ‘looks like the crazy father.’

Breaking down in tears, he said: ‘Richard Williams was a fierce defender of his family.

‘In this time in my life, in this moment, I am overwhelmed by what God is calling me to do and be in this world.’

‘You’ve got to be able have people disrespecting you and you’ve got to smile and pretend like that’s OK.’

‘This is a beautiful moment and I’m not crying for winning an award, it’s not about winning an award for me, it’s about being able to shine a light on all of the people.’

He continued: ‘Art imitates life, I look like the crazy father, just like they said about Richard Williams, but love will make you do crazy things.’

Actor in a Leading Role
Will Smith – King Richard

Actress in a Supporting Role
Ariana DeBose – West Side Story

Directing
Jane Campion – The Power of the Dog

Documentary Feature
Summer of Soul (…Or, When the Revolution Could Not Be Televised)