Season five of the wildly popular cartoon comedy premiered on Sunday night on Adult Swim, with new episodes eventually coming to HBO, Hulu and Netflix. In this game-changing episode of Rick and Morty, the status quo has officially been reset and the series finally cleared up one of its biggest mysteries.

Their reunion quickly takes a twisted turn, as Morty is tasked with retrieving wine from a Narnia-like dimension in which time moves faster whenever Nimbus calls for it. 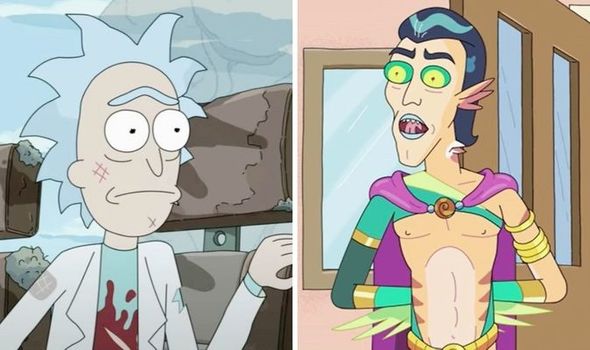 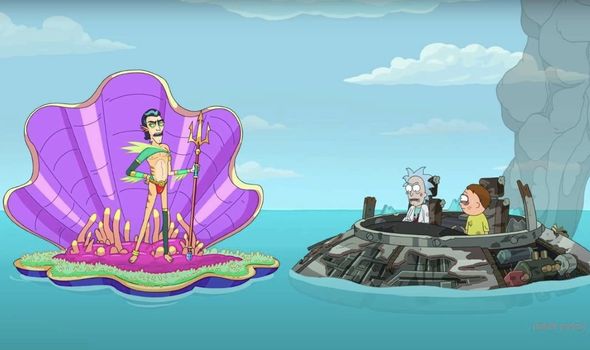 Morty’s double duties eventually descend into a revenge plot across dimensions, inadvertently leading to Jessica’s transformation into a ‘time god’ as she’s trapped in stasis witnessing centuries pass in an instant.

Back in Rick’s reality, Mr Nimbus is established as the mad scientist’s greatest enemy, despite the fact he’s never been introduced in the show before.

The pair of foes temporarily reconcile, though unfortunately Rick’s granddaughter Summer (Spencer Grammer) quickly puts an end to that. 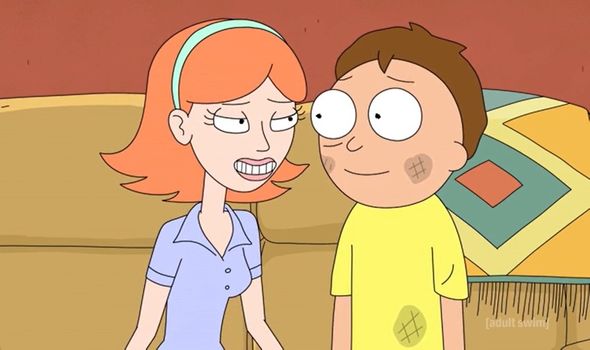 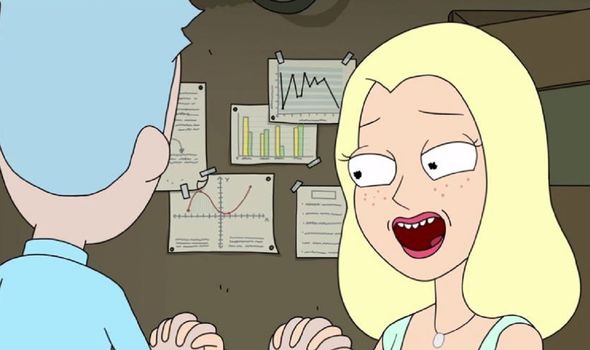 Supposedly the mother of Rick’s daughter, Beth (Sarah Chalke), Diane first appeared in a fabricated memory in the episode The Rickshank Rickdemption.

Previously, it had never been officially confirmed if Diane actually existed, but Sunday’s premiere has finally put a pin in the endless speculation.

Although Rick fumed at the idea of a ‘canonical backstory’, it appears season five could finally establish a far more tangible continuity than the series has seen previously.

As one fan on Reddit put it: “Mr. Nimbus obviously has known Rick for a while, saying Rick is a shell of his former self, and even name-dropping his wife, who we now know as Diane.”

“I get that this show is a comedy first and foremost, but those little details show that there’s still a lot of lore and depth to the characters that has yet to be seen.”

Mr Nimbus may have been intended as a one-off character, but his nods to Rick’s past suggest he could be turning up to reveal more tidbits later in the series.

Another viewer commented: “Wow, name-dropping his wife? That was a surprise, wasn’t expecting that.”

And a third joked: “I loved the way they kept teasing backstory exposition, Nimbus totally had ex lover energy.”

In general, fan reactions to the first episode of Rick and Morty in over a year were overwhelmingly positive, with some marking the season premiere as an ‘instant classic’.

While some parts of the audience were disappointed there was no sign of ‘Space Beth’ following last year’s action-packed season finale, there’s still plenty of time for Beth’s clone to return in the coming weeks.

Season five isn’t expected to be split in two like previous instalments, so fans can look forward to two more months of new Rick and Morty content hitting screens every weekend.