The CW’s Riverdale is known for its mysteries and outrageous storylines, but fans continue tuning in because of the characters. Like any good TV series, Riverdale hooks viewers by investing them in the lives of its leads: Betty (Lili Reinhart), Archie (KJ Apa), Veronica (Camila Mendes), and Jughead (Cole Sprouse). However, some fans are growing weary of their storylines.

In particular, viewers are frustrated with the direction Riverdale is taking Archie’s character in. Some have even dubbed him the “most boring” character on the show — a surprising sentiment about the person the “Archieverse” is named after. So, why have they grown tired of him? 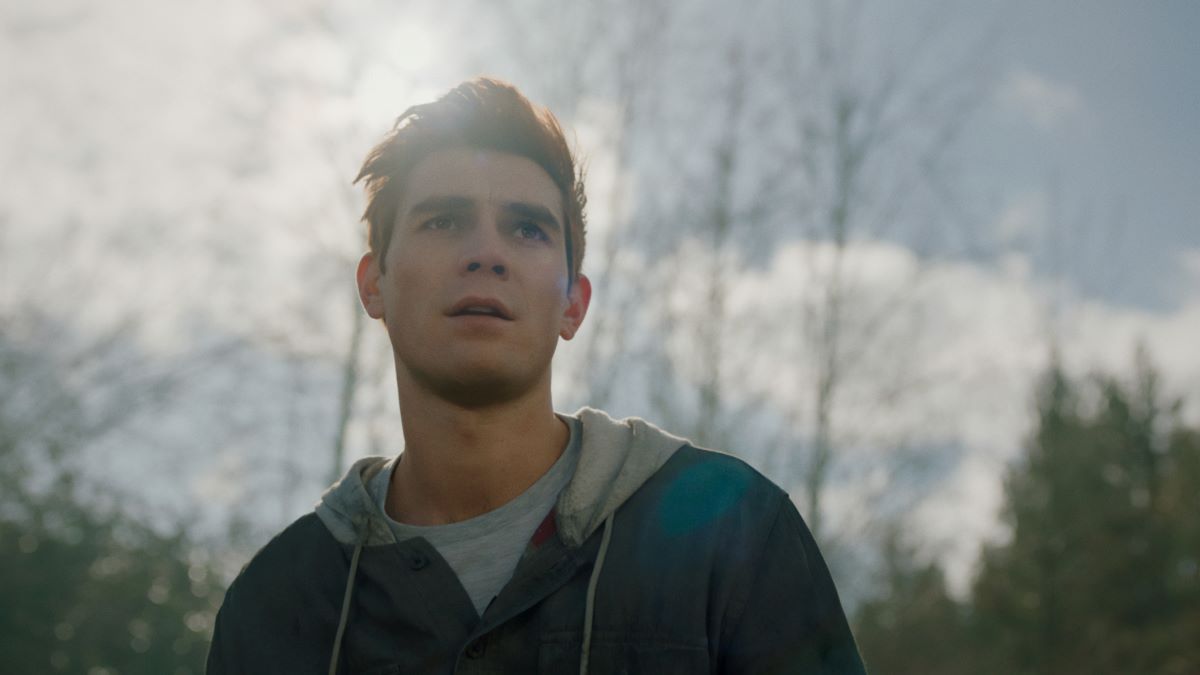 Riverdale opened with Archie as Betty’s longtime crush and Riverdale High’s heartthrob. Despite getting wrapped up in the show’s mysteries, Archie was your average football player and musician. That changed when he started pursuing cases with the Core Four, and especially after his father was shot at the end of season 1.

In Season 2, Archie forms a group of vigilantes called “The Red Hood,” all in an effort to track down the man who shot his dad. From there, his storylines have twisted and turned, even sending him to jail and causing him to start his own version of Fight Club. Even after Riverdale Season 5’s time jump, Archie’s subplots continue to spiral out of control.

And that might be the problem with the show’s handling of his character. It feels like Archie embraces a new storyline every week, but few of them go anywhere or see him furthering the main plot.

Riverdale fans are feeling fatigued when it comes to Archie’s constant leaps from one storyline to the next. It doesn’t help that some of them find his character less compelling than the others, decreasing his chances of engaging them either way.

One fan took to Reddit to air their frustrations about Archie’s character arc, going so far as to say the show could kill him off without much fanfare:

“Watching his storyline is like watching paint dry, I literally zone out or fast forward sometimes. If he were to die in the show, I wouldn’t even be bothered.”

“His character learned absolutely nothing during the time jump,” another Redditor added. “He’s still out here running around Riverdale’s streets trying to stomp out crime.”

Several others agreed that Archie’s character is boring, offering varying degrees of insight. While some fans believe he’s better as part of a group, others are impressed Apa brings so much to the role despite Archie’s shortcomings.

And of course, not everyone agrees that Archie is the least compelling character. Many pointed out that he simply feels dull compared to everyone else. Archie’s got the most ordinary life at this point, so following him is less entertaining than watching Betty solve crimes or Cheryl (Madelaine Petsch) be Cheryl.

How can ‘Riverdale’ fix the problem?

So, how can Riverdale fix its Archie problem moving forward? As some fans pointed out, the lack of interest in Archie might stem from the fact that the rest of the characters are so eccentric. If that’s the case, perhaps it’s time to push the Core Four back together. Bringing Archie into their exciting lives — and storylines — could benefit him in the long run.

Of course, the series could also come up with a more compelling, long-term storyline for Archie himself. However, it’s hard to imagine what that might entail. Riverdale has already thrown him into so many different scenarios, from feuding with Hiram (Mark Consuelos) to going to war. It’s hard to imagine what new idea could save him — but hopefully, the series will think of something.