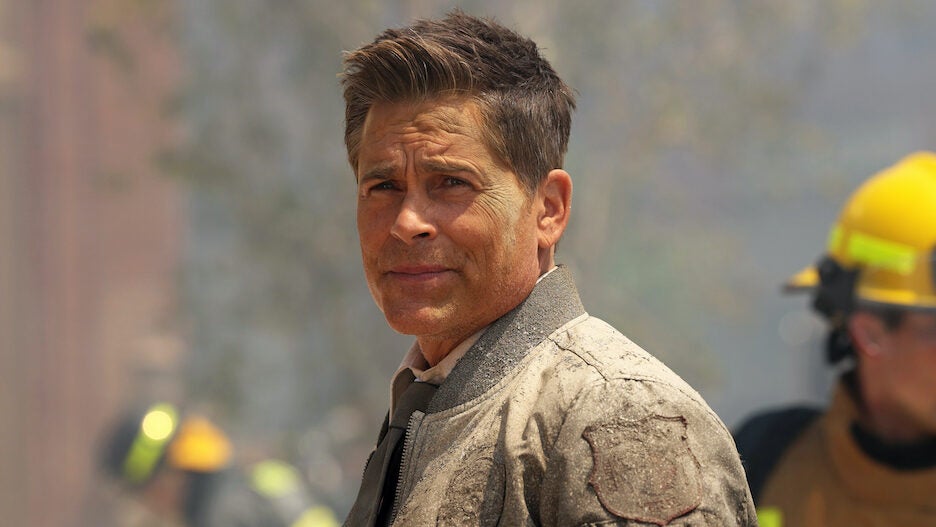 Owen Strand (Rob Lowe) made a big choice on the “9-1-1: Lone Star” Season 2 finale that will have enormous repercussions for the 126 in the “9-1-1” spinoff’s third season — because thanks to him, there is no more 126. When Owen decided to turn down the position of Austin’s deputy fire chief — offered to him by the retiring official, in order to stay in his current role as the captain of his own firehouse, once it’s rebuilt — the job was given to his “friend” Bobby, who then decides not to reopen the closed 126.

Yeah, it’s a twist that Owen is definitely not happy about, but Lowe said it still doesn’t make the character regret his decision to refuse the job.

“As the season ends, everybody in the 126 is not only scattered at different firehouses, it’s now revealed that they won’t be coming back to the 126. And my frenemy Billy is responsible. The only reason he got the job is because I turned it down,” Lowe told TheWrap. “I think Owen doesn’t regret turning it down, because this episode is, we don’t lay into it too heavily, but he has to rescue some people. A plane hits a building, and the gasoline from the jet fuel goes down the elevator shaft and these people are trapped in the elevator with jet fuel. That’s exactly what happened on 9/11. There’s a part of Owen that that’s never far out of his mind, his 9/11 experience. Reliving that, and having a successful outcome this time, I think, reminds him of why he does what he does and that is not going to be a possibility if he is a supervisor or the deputy chief and is worried about budgets and policy and politics and power. He needs the adrenaline. He needs to be boots on the ground and he’s not ready to give that up.”

So what does this mean for Owen and company in Season 3? For that, we go to “9-1-1” and “9-1-1: Lone Star” showrunner Tim Minear, who said he doesn’t actually know yet. Luckily, while “9-1-1” is coming back this fall, “Lone Star” won’t be back until midseason, so the executive producer has some time to figure it out.

“A lot of the time, the choices that I make are just my instinct. It’s not like I have the whole thing fully planned out and I know exactly where I’m going. I want the story to surprise me in the way that I want it to surprise the audience,” Minear told TheWrap. “Often it will be a thing where I’ll be like,’ Oh, s—, OK, I just wrote that Owen got arrested by Carlos’ father, because I need a teaser. Now what is that going to end up being?’ When we came up with that at the beginning of the serial arsonist story, I did not know what the second part was. I kind of knew maybe it was a setup, I kind of had an idea of where it would go, but I didn’t know for sure. So it’s always a little terrifying when it’s like, ‘Crap, we have to shoot something next week. OK, well, this sounds good.’ So I want it to be exciting in the moment and I figure, if I feel like I’ve written myself into a cul-de-sac, that’s probably good, because it just means I’m going to have to find an inventive way to get myself out of it.”

He continued: “So I’m very excited for what that ending can mean for the beginning of Season 3. Because it’s kind of like if you took all the characters off the bridge of the Enterprise — which, of course, has been done over the last 50 years of ‘Star Trek’ — and you spread them to the winds of the Federation. Eventually, you know that you need to reassemble that team. You need to get those people back together. In a way, the finale is a little bit of a fractal of where I want to go at the beginning of next season, because of the finale. There was a dust storm and everyone’s kind of blown to the four corners by the wind of circumstance and then by the middle or two-thirds of the way into the episode, all those players end up in the same place, because it’s almost like gravity. Those people are meant to work together as a team. So that’s what it should feel like. Then you slap a little Fleetwood Mac over that, what more can you ask for?”

Though Fox has already announced another “9-1-1”/”Lone Star” crossover is in the works for next spring, Minear also doesn’t have a plan for that yet. Hey, give the guy a break — they just wrapped production last week on the finale you saw tonight. But he does think it might be nice to bring Austin’s 126 — or what used to be the 126 — to visit Los Angeles’ 118 this time, since the first crossover saw the reverse. We won’t hold him to that plan right now, but Lowe is certainly on board for it.

“My sense is that it would be us coming to L.A., because that seems totally, only fair. We’ve been cooking up some ideas that I think are super fun. So I’m excited to try to do it,” Lowe said. “Working on the crossover this year was one of my favorite things, not just because my son wrote it, but it was just great to work with those actors from ‘9-1-1.’ They’re all so great. It’s a blast kind of putting the teams together.”

But what Lowe is most excited about next season is to dive into Owen Strand’s origin story, as “Lone Star” will be flashing back to the morning of 9/11 to show the day that’s haunted Owen since before we met him.

“We do our ‘Begins’ episodes in the [‘9-1-1’] franchise, and we’re going to do Owen next year, and it’s going to take place on the morning of 9/11,” Lowe said. “We actually wrote the script in Season 1, and it was just too big for us to bite off and chew. And then in Season 2, we did the crossover instead. But in Season 3, we’re going to do ‘Owen Begins’ and his story, which is all based on real events of 9/11 and is going to be just beyond belief. And I think it’s important to do, because it’s going to coincide with the 20th anniversary of 9/11.”

Lowe added: “The stories that come out of that time, each one is more incredible and gut-wrenching than the next. The famous footage of the planes hitting the building from street level are from a documentary that was being made about a firehouse. So I think we’ll probably use that as our point of entry. Just a crew happens to be out there doing a documentary on firefighters and they hear this noise and they pan up and it goes into the building and that firehouse lost everybody but one man. It’s not going to be hard to write this, it’s going to write itself.”