Kay Burley said it was “great to be back” as she introduced Monday morning’s show, featuring interviews with former prime minister Gordon Brown, Bristol Mayor Marvin Rees and shadow foreign secretary Lisa Nandy. However, her return to Sky News was not welcomed by many viewers as they took to Twitter to announce they’d be switching off.

Burley was suspended from Sky News in December after making “a big mistake” and breaking coronavirus restrictions while celebrating her 60th birthday at a restaurant in London, which was then in Tier 2 restrictions.

Returning to television screens at 7am, she said: “ello everybody, it is great to be back.

“It is seven o’clock here in the UK. Welcome wherever you’re watching us around the world. Let’s crack on.”

Burley continued: “Rebellion brewing over foreign aid cuts – does the Prime Minister face defeat? I will ask one of his own MPs, David Davis, who’s joined that rebellion, as well as the shadow foreign secretary, Lisa Nandy, and, from the Government today, Solicitor General Lucy Frazer. 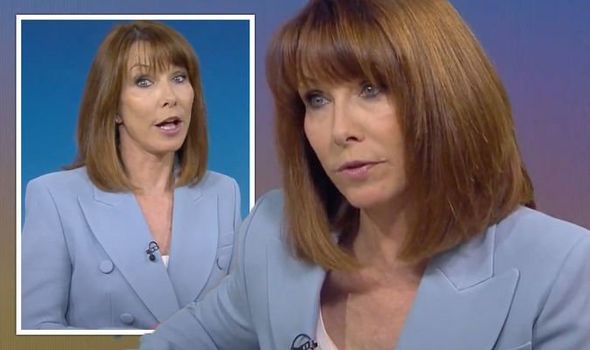 “Plus we will speak to former prime minister Gordon Brown about Covid and the G7.”

Before her return, Burley posted a video on her Twitter account informing her 516,000 followers she had a “busy day” ahead.

“Good morning everybody, I am back,” Burley began. “Trusty wing woman is here. Busy day!”

As she ran through what was coming up, many responded to her post declaring they would be “switching off”. 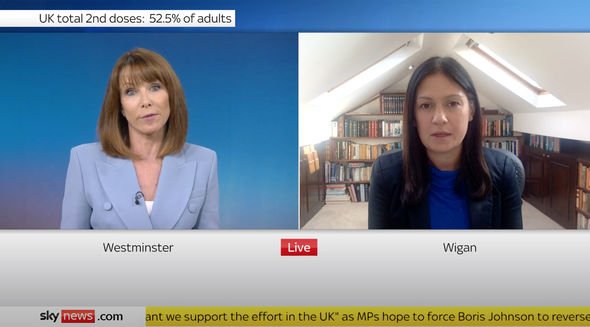 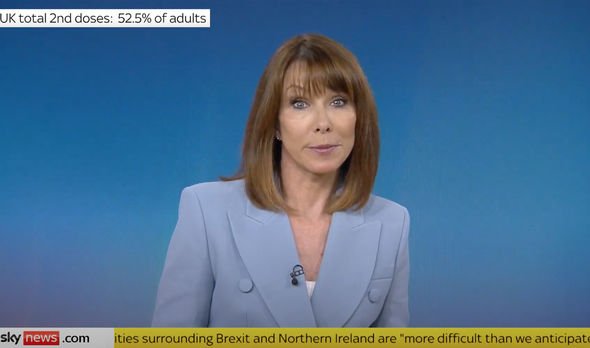 One posted: “Oh no won’t be watching sky anymore!!”

Another added: “Disappointed to see the end of the excellent team who have had this slot over the last few months.

“Congratulations to them all & thank you! I will no longer be watching Sky News breakfast.”

“I’ve just switched to @BBCNews! Cannot watch #kayburley being rude to people in the morning,” a third continued.

Someone else shared: “Can you ever ask a politician a question about rule breaking when you have done it yourself?”

However Burley did receive some support with one fan tweeting: “Good to be back. Since @piersmorganleft @GM no one to interrogate politicians. Shame u broke lockdown rules but can’t wait to see @GBNEWS go live.” (sic)

Another added: “Welcome back Kay, you have been missed. The show is nowhere near as good without you.”

Following an internal review in December 2020, ky News found that “a small number of Sky News staff attended a social event in London” where Covid-19 guidelines were breached.

It said: “All those involved regret the incident and have apologised.

“Everyone at Sky News is expected to comply with the rules and the company takes breaches like this very seriously indeed.”

The channel’s political editor, Beth Rigby, and correspondent Inzamam Rashid, were also both taken off air for three months following the review.