If there’s one thing that spy stories usually have plenty of, it’s hierarchy. No matter what the target – plutonium, renegade scientists, renegade scientists with plutonium – there inevitably comes a point when someone pulls rank and invokes the chain of command. After all, how can someone go rogue if they were never part of a rigid authority structure to begin with?

The new Apple TV+ drama “Slow Horses” inflates that dynamic, centering its story on a ragtag band of intelligence-gathering misfits, the collective low rung on Britain’s MI-5 ladder. Their gruff leader Jackson Lamb (Gary Oldman) – to call him a curmudgeon seems wholly inadequate – rules his rundown makeshift office suite by berating his staff of castoffs. One particular target of his misanthropy: River Cartwright (Jack Lowden), whose recent glaring professional gaffe has taken him from potential prime field agent work to sifting through a journalist’s trash bags. He navigates the cramped corridors and creaky floorboards of Lamb’s Slough House, working alongside surveillance upstart Sid (Olivia Cooke) and a collection of other agents left behind for their mistakes, inexperience, or relative apathy at where their talents are pointed.

What “Slow Horses” thrives on in the early going is recognizing that those more menial tasks are narratively more interesting. Theirs are not tests of speed or brute force, but in diverting your mark’s attention or convincing them they’ve bested you. Those higher up in British intelligence circles like enigmatic MI-5 bigwig Diana Taverner (Kristin Scott Thomas) may refer to Lamb’s crew as Slow Horses (a play on the name of the building they call HQ). But it’s the gruntwork of tracking documents and canvassing databases and sifting through grainy innocuous CCTV footage that end up proving their own value as the series progresses.

So “Slow Horses” has some of the espionage process touches that usually elevate a show like this from the bevy of other detective-ish TV options. But for every palmed piece of evidence swiped from plain sight is a clandestine meeting at an ostentatious location or some lurking double cross. It’s the kind of “Column A, Column B” approach that you’d expect from a series based on a collection of novels. As an adaptation of Mick Herron’s sizable Slough House series, “Slow Horses” has the mixture of knife-twisting griminess and familiar escalating beats of a bestseller.

Oldman is no stranger to this subgenre, having previously anchored a screen spy story (“Tinker Tailor Soldier Spy”) that’s barely been equaled in the decade-plus since. Here, Lamb is like George Smiley’s unruly, churlish cousin. Yet, even as he’s stumbling across the room or barking at his charges, Lamb still benefits from Oldman’s ability to clue the audience in to the fact that he always knows more than he lets on. Similarly, Lowden finds a similar slight twist on the stereotypical chip-on-his-shoulder agent. If there’s anger fueling Cartwright, it’s less the mark of revenge than of a frustrated, disgruntled employee.

While the Horses are dealing with brutality in multiple forms – the case they’re drawn into has ramifications well beyond internal bureaucratic squabbles – series writer Will Smith manages to weave in some levity among it all. The show walks a fine line between explaining why these folks might be banished outside the clean fluorescent offices of their better regarded counterparts and what they’re former superiors might have overlooked in kicking them to the curb. That the Slow Horses and MI-5 hotshots are made up of an ensemble who have also made memorable appearances on the likes of “The Thick of It,” “Stath Lets Flats,” and “The Great” — not to mention Smith’s past contributions to “Veep” — means that there’s a little mischief here among the menace.

James Hawes, director on each of the six episodes, kicks off the season with a series-highlight prologue that preys on nailbiter expectations. Though the show isn’t reliant on other setpieces being quite so sweeping, there’s still room to show off some more action TV chops in between the coded conversations about duty and competence. (There are few things more primal on screen than someone impulsively pulling a 180° turn in a fast-moving vehicle, consequences be damned.) 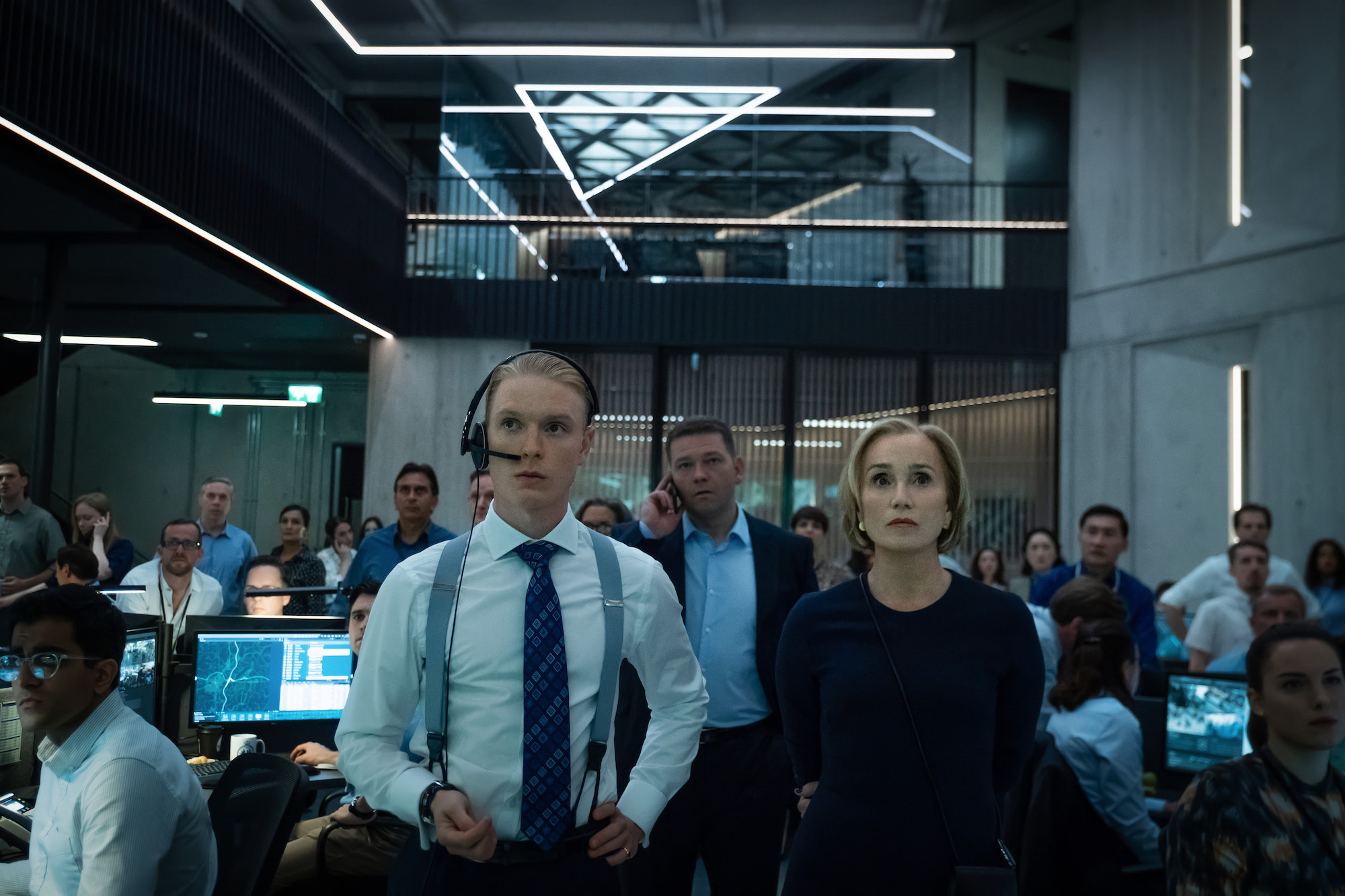 While “Slow Horses” has a sharp perception of one side of the show’s equation, once the true target of this web comes into focus, it becomes clear that this season has more on its mind than sticking to spies. What starts out as a surer, more meticulous hand gives way to a blunter, bigger-picture reframing of where the country’s security apparatus might be better aimed. It’s a not-unfounded idea, but the closer that things get to the fateful showdown set in motion in the opening chapters, “Slow Horses” paints in louder, less-assured strokes.

In a case of form matching subject, “Slow Horses” is quick with a misdirect. The closer that this story gets to its endpoint, the more that its overall “things aren’t quite as they seem” setup becomes more of a bug than a feature. That doubling down, whether it’s Lamb’s gassiness or doors opened to surprise guests or the thin motives of its antagonists, does stretch this show at points further than it may intend.

Yet, with plenty more Herron source material at its disposal, there’s the potential for this to be one of many future “Slow Horses” mysteries. As such, this opening season has some of the growing pains of a first big case. It’s not a show destined for obscurity like some of the characters it prizes most, but there’s a still a little room left to hone its strengths.

The first two episodes of “Slow Horses” premieres April 1 on Apple TV+. New episodes will be available each week on Fridays.