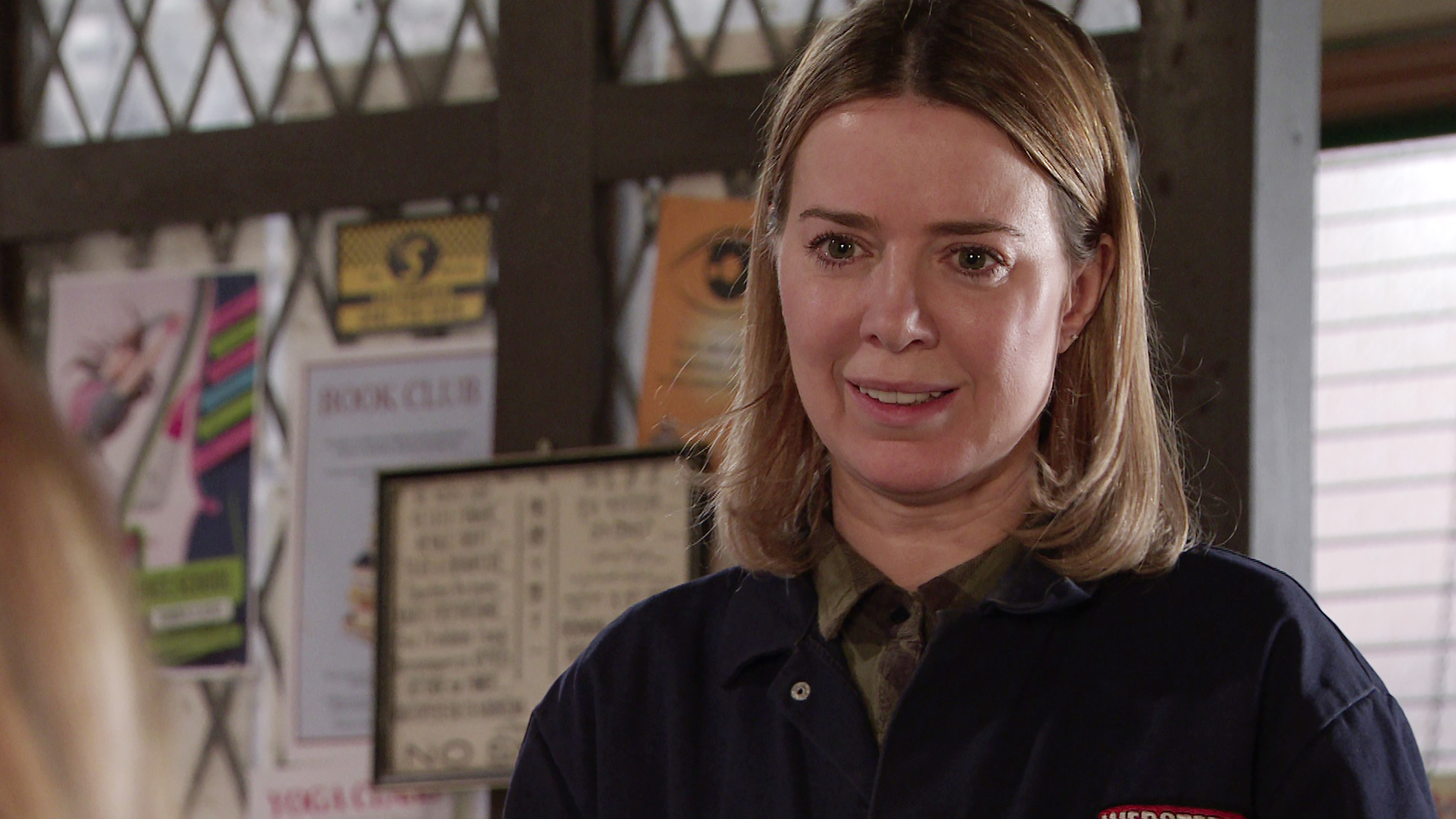 Abi (Sally Carman) is on a downward spiral in upcoming episodes of Coronation Street, as her life falls apart after confessing to Kevin (Michael Le Vell) that she cheated on him.

In shocking scenes to be aired soon, Abi succumbs to her addictions again, and when Kevin and Jack (Kyran Bowes) return from holiday Kevin finds Abi on the sofa with drug-buddy Dean, high on drugs and alcohol.

Kevin orders them both to get out of his house but Dean steals Kevin’s keys to the garage while Abi is in the bathroom.

By the time she gets to the garage she finds Dean revving a customer’s car. She jumps into the passenger seat to try to grab the keys before Dean does something foolish – but she’s too late and he speeds off.

As the car goes careering away, with Dean driving while high on drink and drugs, a terrified Abi clings on for dear life.

They’re heading away from Weatherfield and through deserted country lanes, with Dean driving at high speed.

A frantic Abi tries to get him to slow down, but he isn’t listening.

Is this the end for Abi?