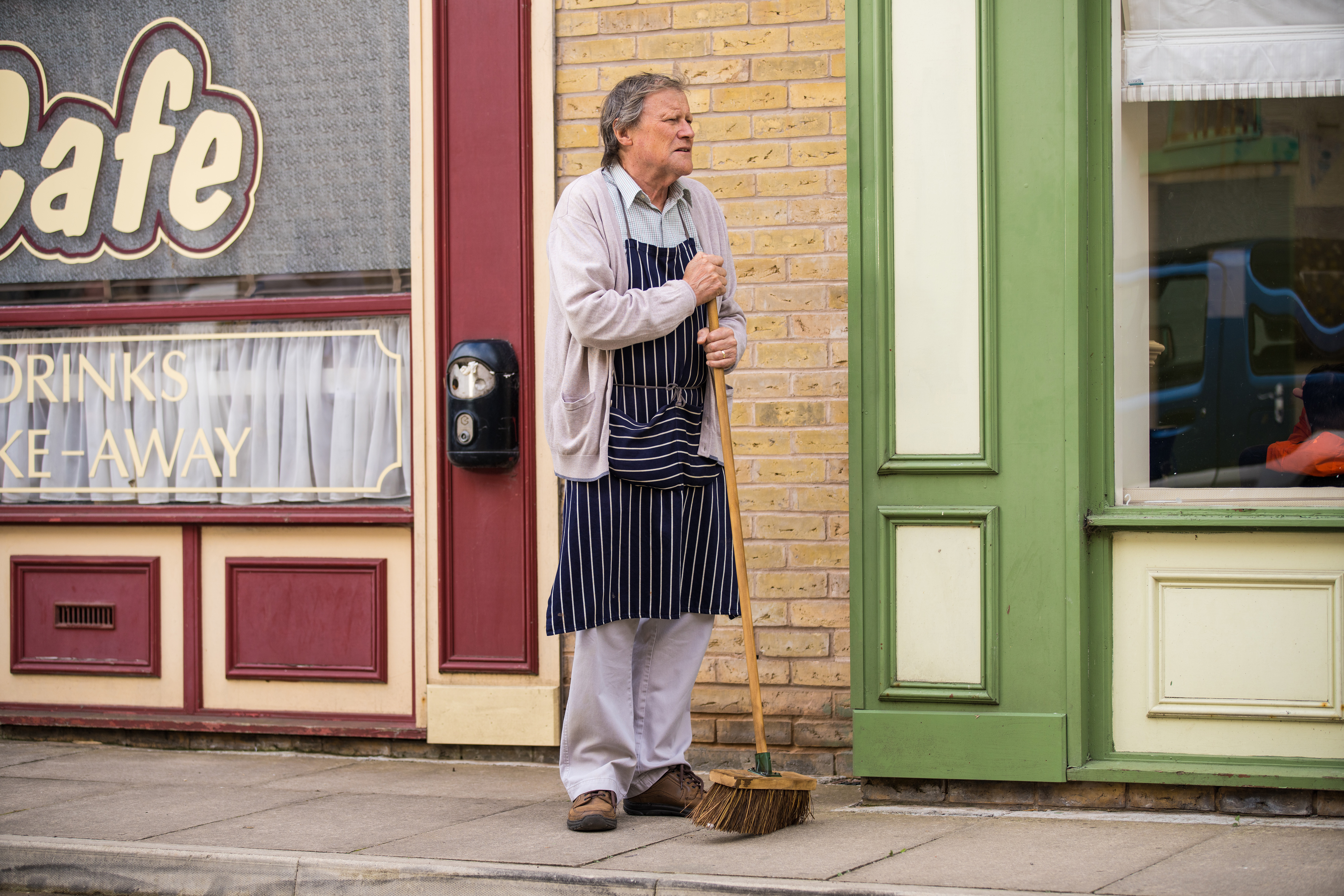 Roy Cropper (David Neilson) will continue to regret lying to the police for Abi Franklin (Sally Carman) in Coronation Street as he starts to become implicated in Natasha Blakeman’s (Rachel Leskovac) murder.

After Roy saved them both, neither considered what had happened to the gun Abi sourced from Tez (Stephen Lord).

The gun was swept through the sewers and landed near Harvey (Will Mellor), who then used the weapon to kill Natasha (Rachel Leskovac).

Coming up, DS Abney calls at No.13 and reveals the gun used to kill Natasha was the same gun used by Tez in a raid years ago.

Abi meets up with Tez and begs him to keep the police off her back but unbeknownst to them, Roy has seen their exchange.

Later, Nick (Ben Price) calls in the café and tells Roy how the police are in the process of tracing the gun that was used to kill Natasha.

To make Roy’s life even worse, DS Abney then appears, wanting to ask Roy more questions about the night of the sinkhole collapse.

But will Roy confess he lied about seeing Abi with the gun?