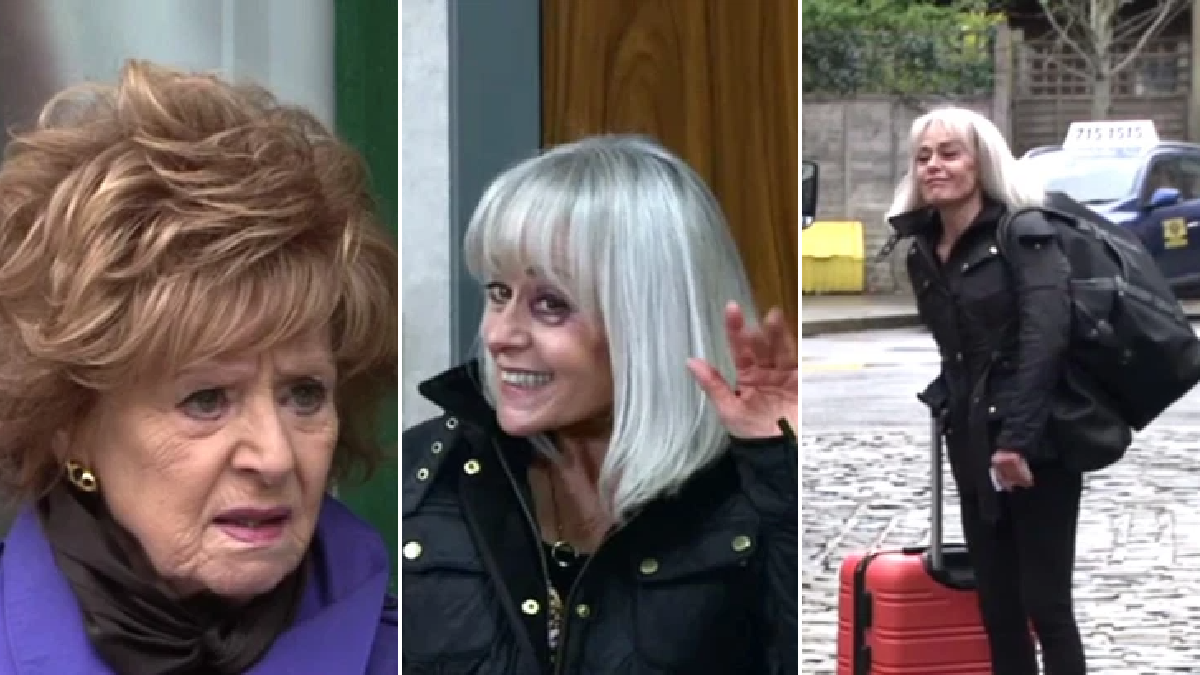 Sharon Bentley (Tracie Bennett) waved another goodbye to Weatherfield tonight as she headed off for a new life after being a part of Harvey Gaskell’s (Will Mellor) drug dealing ring in Coronation Street.

Court scenes this week were intense and dramatic and after Leanne (Jane Danson) gave her evidence, a plot twist arrived in the form of Sharon deciding to stand in the witness box.

Sharon told the courts about her evil nephew and made it seem as though she had been manipulated wanted nothing more than to be free of her dark life.

However, no sooner had court ended, Sharon met up with one of Harvey’s dealers and told him she would soon be running the empire.

Knowing she needed to get her hands on some money, Sharon was at Rita’s (Barbara Knox) tonight, trying to convince her foster mother to hand over the £10k.

Back in court, the jury gave their guilty verdict and the judge announced that as she didn’t know a great deal about Harvey and his attitude, he would be remanded in custody until a sentence was given.

Smug Sharon waved at her nephew and left court, ready to start her new life.

In Weatherfield, Sharon poked at Rita for the money but never one to be crossed, Rita managed to keep her money after tricking Sharon, obviously.

‘It’s best you don’t know’ Sharon responded when Rita asked where she would be going.

Wheeling her suitcase along the cobbled road, Sharon left Weatherfield for the tram.

With no money in her pocket, Sharon departed with a smile on her face, knowing the life of leading a drug dealing empire awaited her.