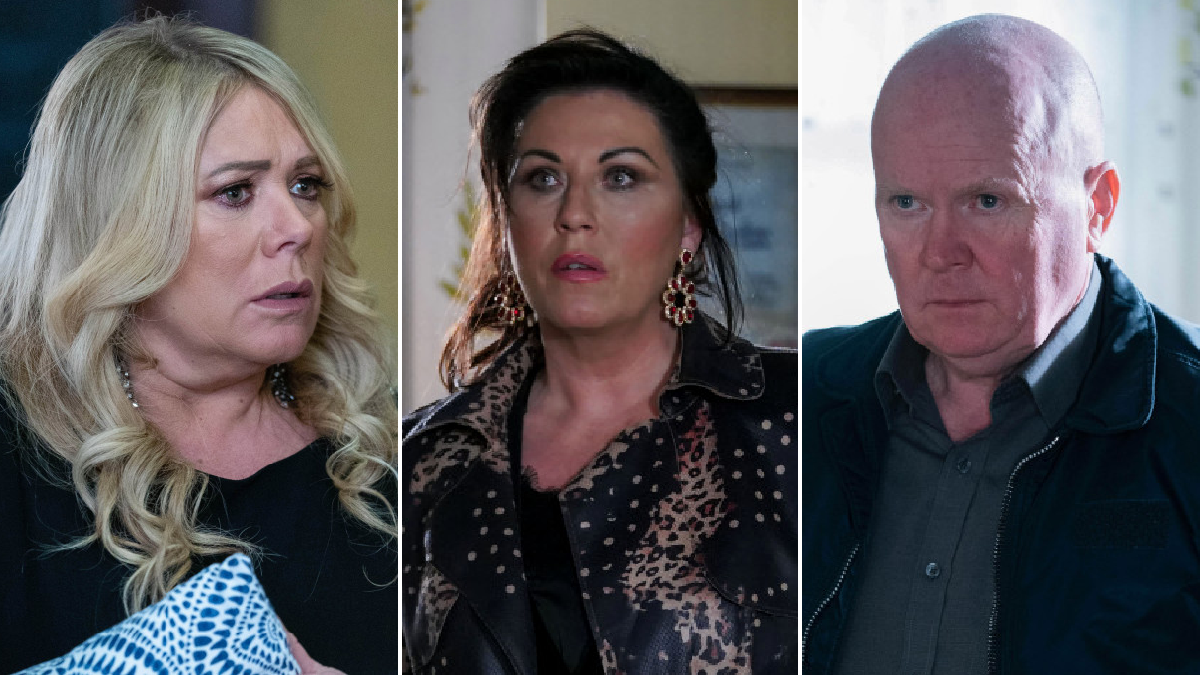 Feisty Kat Slater (Jessie Wallace) has had quite a number of challenges in her life in EastEnders as of late.

Kush Kazemi’s (Davood Ghadami) gambling addiction has led Kat to end their relationship, and coming up, she tries to divide Sharon Beale (Letitia Dean) and Phil Mitchell (Steve McFadden) – but what’s her plan?

Kush’s addiction led him to place a bet on the Slater’s home. When he lost the bet, Kat devised a plan to get enough money to pay their debts and enlisted Phil to help.

However, when the plan went wrong, Kush got himself caught and has now told Phil he is prepared to go to prison for some of the Mitchell’s crimes in return for Phil to provide enough money to give Arthur the future he deserves.

While at The Vic, Jean (Gillian Wright) encourages Sharon to gives things another go with Phil, but Kat tries to tell Sharon that she could do better.

With Kush still set on taking the fall for some of the Mitchell’s dodgy jobs, will Kat’s plan to divide Sharon and Phil have something to do with trying to limit Kush’s time in prison?

If Kat’s plan has nothing to do with Kush, why is she so determined to make sure Sharon and Phil don’t get back together?