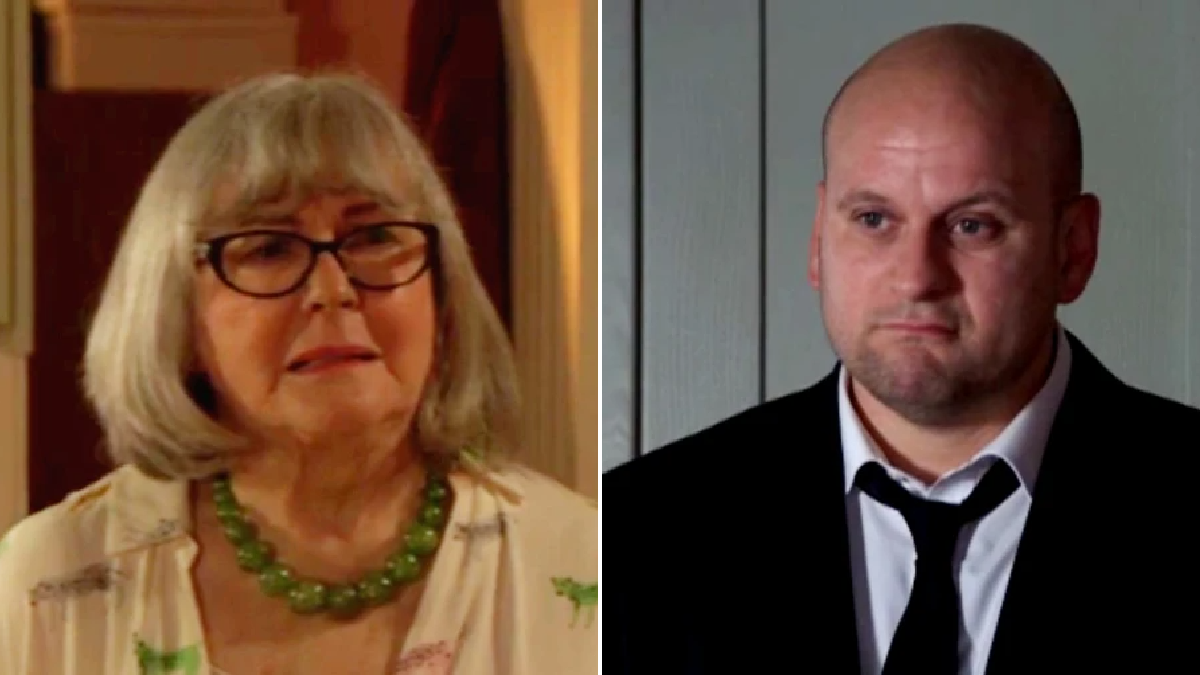 The reveal of Vi’s second son happened a few weeks ago, when Patrick (Rudolph Walker) discovered a photograph of a pregnant Vi.

Vi explained to Patrick that after giving birth to her Down’s Syndrome son, she put him in care and hasn’t had any contact with him since.

Rainie (Tanya Franks), Stuart and Callum joined Vi in the pub where she revealed all about Christopher.

The focus was on Stuart tonight, who reacted badly to the news.

Stuart was certain that it was actually Vi’s fault he ended up in care, not his father’s.

Stuart’s anger continued as he told Vi that he spent traumatic, lonely years in a care home just so her secret about Christopher wasn’t exposed.

After kicking Vi out, Stu regretted his actions and he raced to the train station to try and find her.

Stu found Patrick at the station on his own, realising he was too late – his nan had gone.

But can Stuart find Vi and apologise?

Will Stuart and Callum try and help Vi find Christopher?