Stanley Johnson, 80, joined Wootton, 38, on GB News for the Tonight Live show to discuss a number of topical issues. Amongst them included the Climate Change crisis, the coronavirus pandemic and the guest’s son, Mr Johnson, 57. The journalist began the interview with the politician’s father by asking if he had spoken to his son given it was Father’s Day.

Giving a very blunt response to the presenter’s grilling, the guest replied: “I’m not going to get into this.

“But it was his birthday [on Saturday and there have been celebrations all around],” the former politician said.

The interview continued as Wootton went on to ask Mr Johnson about other matters that didn’t focus heavily on his son.

Throughout his appearance on the channel, Mr Johnson brought up his son on a number of occasions but his points were never very detailed.

One of the moments this happened was when the guest was talking with the host about the coronavirus vaccine. 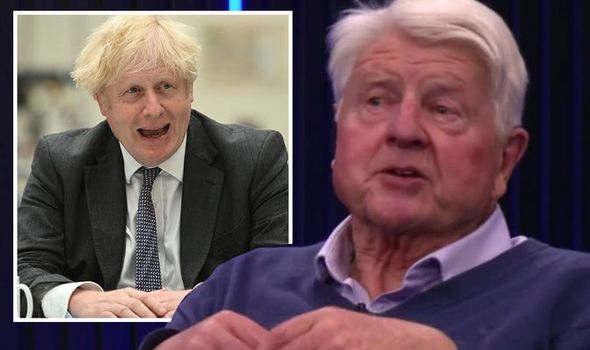 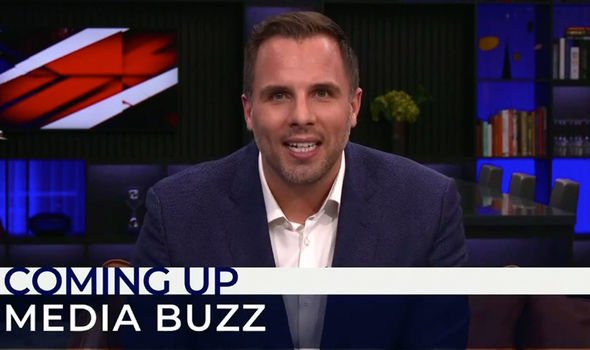 Wootton told Mr Johnson his son should receive a huge bout of gratitude for rolling out the vaccine process so quickly.

This comment came as a result of a conversation about whether the UK’s independence from the EU had a part to play in the rollout.

The guest disagreed with the presenter that Brexit had an influence on the speed of the vaccine process.

“Your researchers will tell you, in fact, [it was] as open as any other member of the EU than us to do it,” the former politician explained. 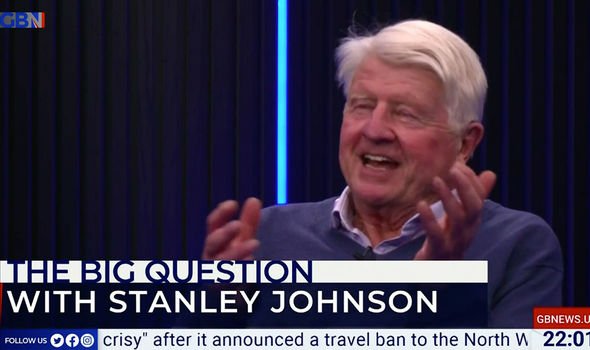 I’m not going to get into this

“We decided to take up [the vaccines early], whereas others didn’t,” Mr Johnson told the GB news presenter.

It is very rare the Johnson family talks about their private life away from television screens and the political circle.

However, Mr Johnson has praised the Prime Minister’s efforts to lead the country through the pandemic over the last year and a half.

Appearing on Good Morning Britain, the former I’m A Celebrity…Get Me Out Of Here contestant said: “Here he comes in, he has a good majority and bang bang, bang bang.”

“It reminds me a bit of Churchill in May 1940, within days you had the fall of France, you had Dunkirk, you had the battle of Britain and bang bang bang,” Mr Johnson continued.

“[Boris] is coming through this, I would say, in fine style,” Mr Johnson told the presenters on the show.

The Prime Minister continues to make the headlines after he announced last week the complete lifting of lockdown would be delayed until July at the very earliest.

This was from the original date of June 21, 2020, or as many had deemed it “Freedom Day” in which the final easing of restrictions would be implemented.

Speaking in a press conference last Monday, the Prime Minister said: “I am confident we will not need more than four weeks and we will not go beyond July 19, 2021.

“But now is the time to ease off the accelerator,” he told members of the British public before he discussed the increase in cases of the Delta variant.

“We know the remorseless logic of exponential growth,” he explained, adding it had been “difficult” to delay the lifting of lockdown.

All adults are now eligible to book their vaccines as the NHS gave the green light on Friday morning.