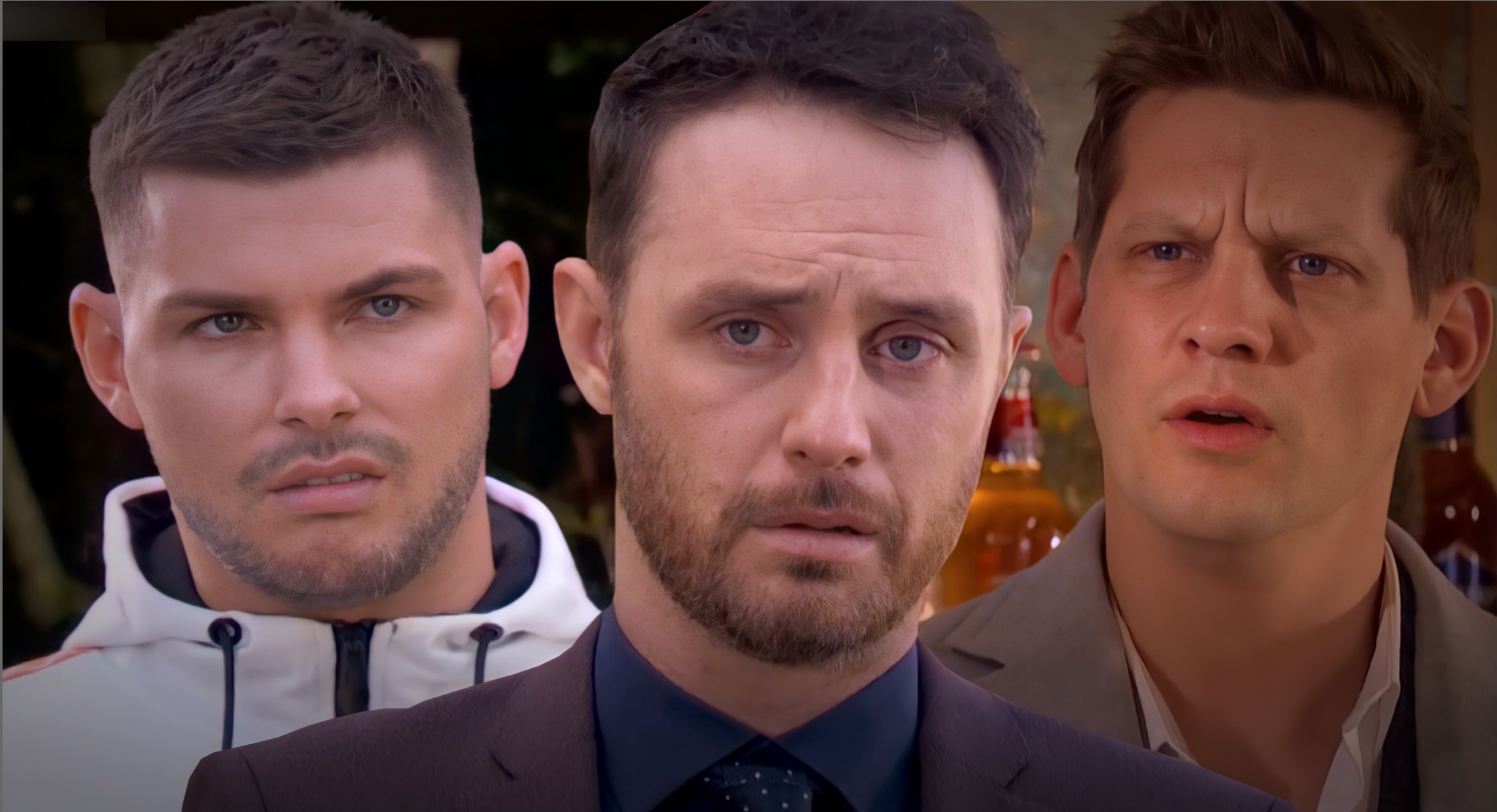 Ste Hay (Kieron Richardson) is set to receive quite the shock in Hollyoaks next week, when the truth about John Paul McQueen (James Sutton) and James Nightingale’s (Gregory Finnegan) dalliance-that-never-was is at last revealed!

Viewers will know that Ste, who started dating James following a series of passionate nights, broke things off when he came to believe his new beau still had feelings for John Paul.

James, however, claimed that he was over hid former lame, and promised to do whatever it takes to prove such a thing, but following another rejection from Ste, the solicitor almost found himself in John Paul’s bed!

John Paul admitted that he wasn’t not ready to move on, and James related, asking that he keep a lid on their kiss, as he didn’t want Ste finding out.

Donna Marie Quinn (Lucy-Jo Hudson) overheard his revelation, and proceeded to blackmail him, and thus James took every possible action in order to prevent Ste from finding out the truth.

In the weeks that have followed, the lawyer managed to rekindle his romance with Ste, who was optimistic that James is well and truly over JP.

But things are set to take an interesting turn next week!

A mystery necklace comes through the letterbox for Peri Lomax (Ruby O’Donnell), which proves very disconcerting.

Ste, therefore, fast-tracks his plans for CCTV around the house, and Fergus Collins (Robert Beck) complies with his request, sending Timmy (Sam Tutty) round to sort.

Afterwards, Ste and Timmy watch the footage back, and they see James and John Paul agreeing to keep their lips sealed about what happened between them!

How will Ste react to James’ betrayal?