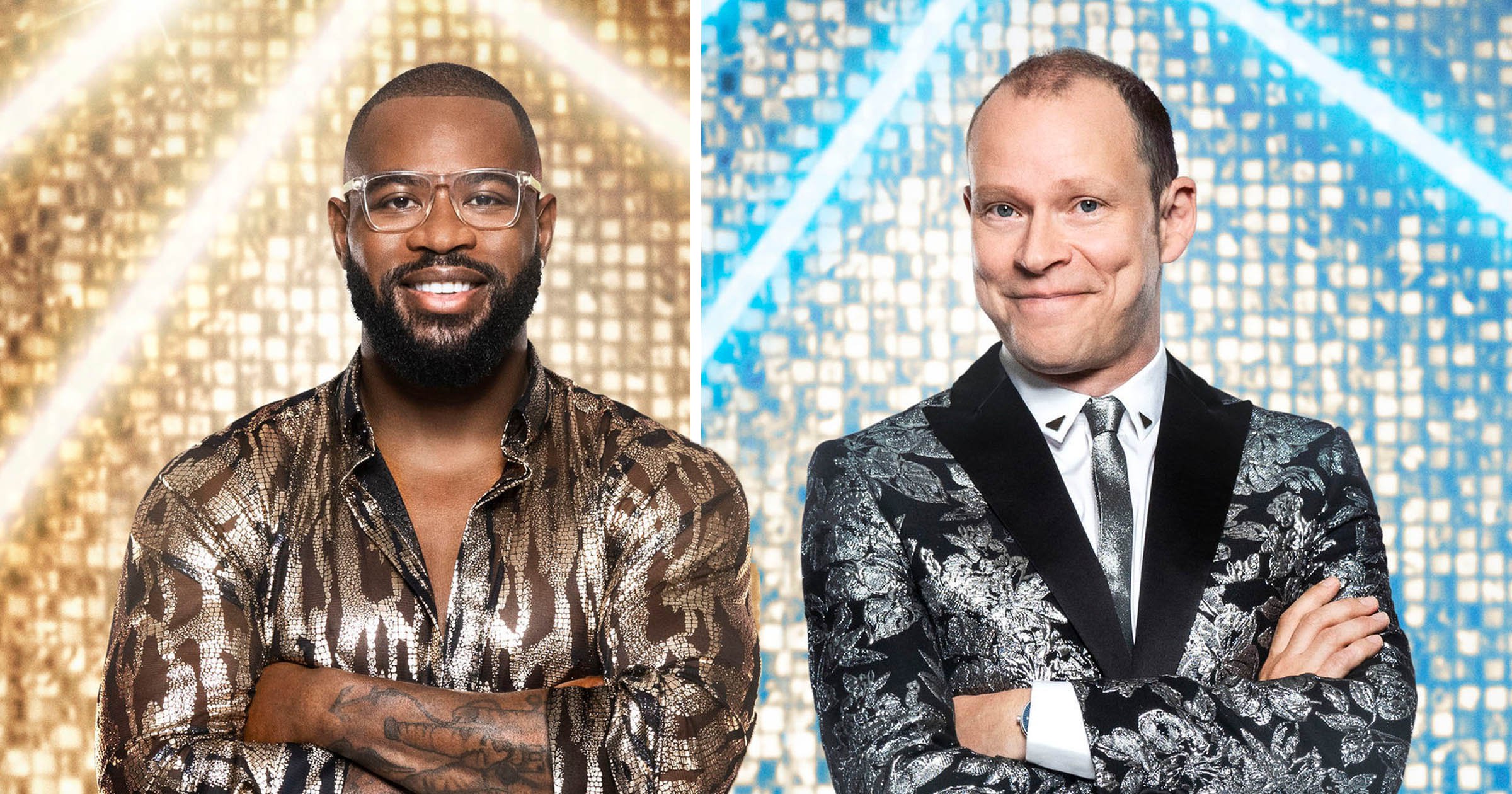 Strictly Come Dancing hosts Claudia Winkleman and Tess Daly have sent a sweet message to Robert Webb and Ugo Monye after they were forced to miss Saturday’s episode.

Robert revealed that he will no longer be taking part in the show after seeking medical advice following his previous open heart surgery, and he sadly will not be returning.

Former England rugby international Ugo will not be taking part on Saturday either after suffering a recurring back injury.

Taking a moment to share a sweet message to them both, Tess said: ‘Robert and Diane [Buswell] are not here this evening.

‘Earlier this week, Robert withdrew for health reasons. Robert and Diane delivered some fantastic and hugely entertaining performances. We wish you all the best.’

She added: ‘Thank you Robert, we have loved having you here. [Him and Diane will] be missed.’

Claudia then spoke about the other absent couple, saying: ‘We are also missing Ugo and Oti [Mabuse] this week. An old back injury has been causing Ugo problems in training.

‘After seeking medical advice, he is resting and receiving treatment. We’re sending you all the love, Ugo, and we hope to see you next week.’

Robert made a big impression on the show and was disappointed to have to walk away following his doctor’s advice.

He said in a statement, read on Wednesday’s It Takes Two: ‘I’m extremely sorry to have to announce that I’m withdrawing from Strictly Come Dancing due to ill health.

‘Two years ago I had open heart surgery and although I believed I was fit enough to take on Strictly and its demanding schedule, it became clear that I had bitten off way more than I could chew for this stage in my recovery.

‘I had begun to feel symptoms that led me to seek an urgent consultation with my heart specialist, and it was her view that it would be better for the sake of my health to step back from the show.’

Strictly Come Dancing continues on Sunday at 7.10pm on BBC One.