The long-awaited Strictly Come Dancing 2021 final is finally underway, and while there may only be two couples going head to head, the supporters were out in force for AJ Odudu too.

AJ was forced to pull out of the competition just days before the final after injuring a ligament in her foot during training.

She was warned she was not allowed to dance on the foot or risk a year-long recovery if she made the injury worse.

While she may not have been dancing in the final, AJ was in the crowd to support Rose Ayling-Ellis and John Whaite as the pair took to the floor.

Host Tess Daly said: ‘Sadly AJ and Kai are not dancing tonight. AJ sustained an ankle injury early in the week and, despite treatment and rest, is unable to dance.’

Claudia Winkleman added: ‘I think we all agree that although AJ cannot compete tonight, she is, and always will be, an extraordinary Strictly finalist.’ 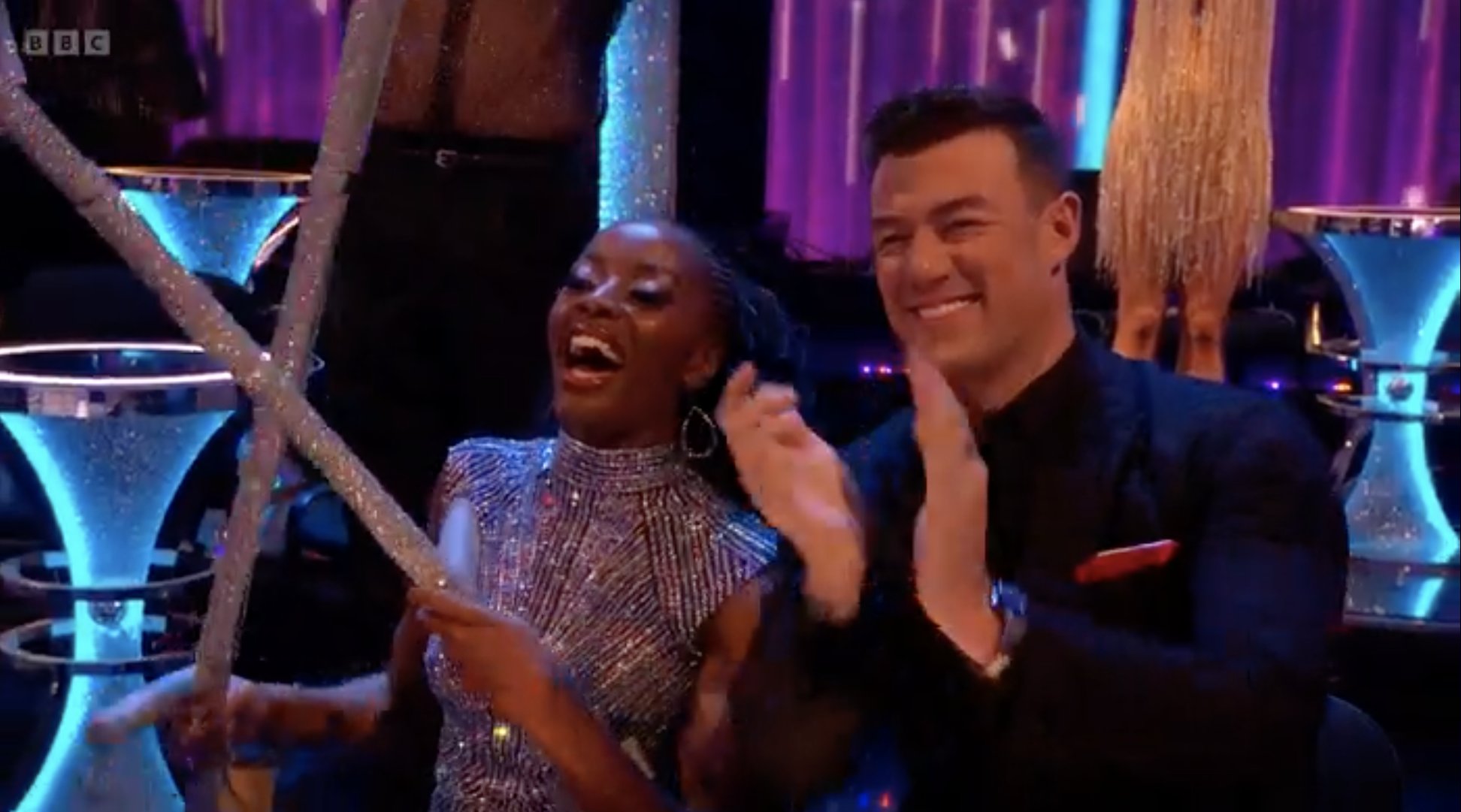 AJ’s fans also filled the ballroom and she was treated to whoops and cheers from the audience as Claudia and Tess wished her well.

She was earlier seen leaving her hotel with flowers and gifts ahead of the show, with her mum Florence in tow.

The presenter was in floods of tears when she recently spoke out about her injury, telling Rylan Clark-Neal on It Takes Two: ‘My ankle’s given way and my ligament has ruptured and it’s just not gonna happen.

‘We’re gutted because we were ready to smash it.

‘This isn’t the way that we wanted to go out, obviously, but even just looking back at all of those moments, it’s just been an absolute pleasure dancing with Kai every single week, so thank you.’