Each week, The One Show’s Alex Jones and her guest host pay tribute to an upstanding member of the public as part of the BBC show’s ‘One Big Thank You’ incentive. This week, it was the turn of fitness guru and Strictly Come Dancing fan Sheila who has been taking time out of her schedule to run virtual classes and raise money for her local gym during the coronavirus pandemic and subsequent lockdowns. However, as part of the show’s efforts to give something back to Sheila, Strictly’s Janette Manrara and Aljaz Skorjanec were on hand to surprise her – and it didn’t take long for the emotions to take over.

The One Show’s Alex kicked off the moment as she told BBC viewers: “It’s our favourite time of the week when we say one big thank to somebody who’s gone that extra mile to help their community,

“And this week we’d like to recognise Sheila Frampton, a selfless lady who’s been dedicating her time and skills to keeping her local community fit and healthy.”

Sheila’s pal Claire then popped up on-screen to explain what Sheila’s been up to and how she’s been putting the health and fitness needs of others first over the past few months.

As a result, Strictly’s Aljaz decided he’d surprise Sheila by taking part in one of her virtual classes. 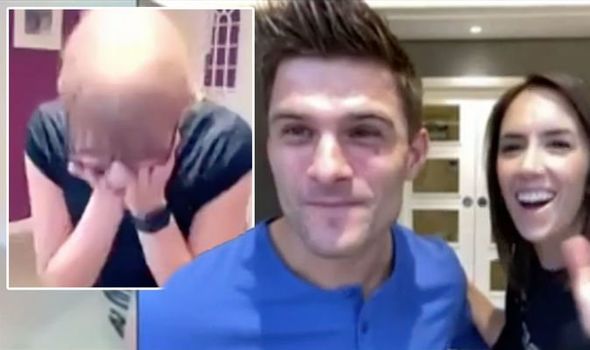 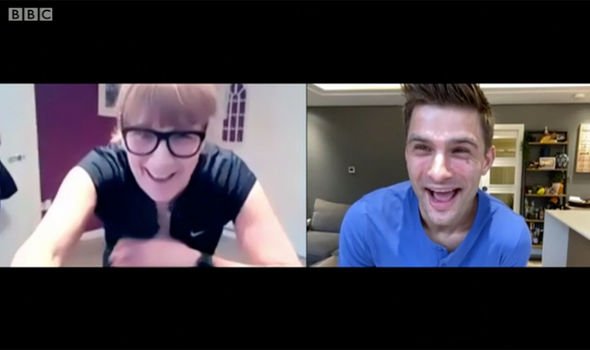 Aljaz beamed into one of Sheila’s Zoom classes – although Sheila didn’t spot the Strictly star right away.

Eventually, Aljaz managed to grab Sheila’s attention as he shouted down the microphone, prompting an overwhelmed response for the fitness expert.

“Hello, Sheila!” Aljaz yelled as Sheila held her hand to her chest and exclaimed: “Hello! Oh, that’s so exciting!”

“I hear you’re a big fan of Strictly, am I right?” Aljaz then asked to which Sheila agreed. 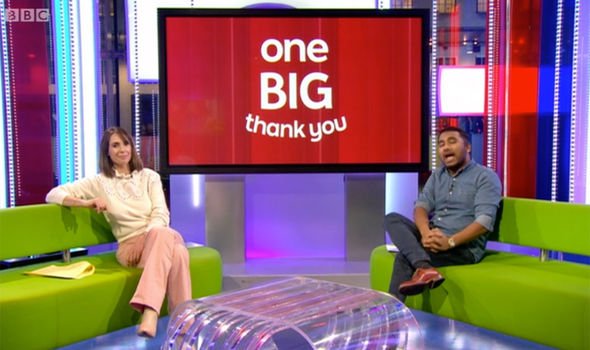 Janette then joined her other half on-screen to greet Sheila as Aljaz continued: “We know you are such a special, special lady.”

The emotions began to get the better of Sheila as she began to well up before replying: “Thank you.”

Aljaz wasn’t done there as he asked Sheila to go outside where a giant screen appeared with more messages of thanks from her friends, clients and one or two other Strictly stars.

This was the first time Aljaz and Janette had been seen together on-screen for months with the two having been separated throughout the recent series of Strictly to adhere to coronavirus guidelines.

After listening to Aljaz and Janette’s orders, Sheila went outside where she was greeted by Alex on a big screen.

What followed was a series of messages from people who Sheila has helped throughout lockdown, thanking her for her efforts.

And just as the tears began to flow, another Strictly star popped up to share their well wishes to Sheila.

Oti Mabuse appeared on-screen and said: “Hi, Sheila. It’s Oti. It is so important in this time to mentor and inspire people and give them a sense of hope, and you’ve absolutely done that.”

“You’re spreading hope through dance,” Oti signed off before Strictly judge Shirley Ballas weigh in with some more thankful words.

“Hi Sheila,” Shirley said, bringing an excited response from the One Show guest.

Shirley then said: “May I personally, from one dance teacher to another dance teacher, thank you, Sheila, for everything you’ve done.”

The One Show continues weekdays at 7pm on BBC One.