Joining them in the studio was a whole host of famous faces, with Graeme Swann and Louise Redknapp amongst them.

While Louise was discussing her new album, Graeme was promoting a new film about his cricket career, but it was when Louise was in the kitchen cooling a sausage and bean casserole that the conversation turned to Strictly Come Dancing.

And those watching at home saw Louise rumbled when Graeme made an admission.

Both of the guests, as well as Sunday Brunch host and chef Simon had taken part in the popular BBC One dancing competition; Louise got to the final in 2016, whereas Graeme made it to week ten.

Tim who was helping Louise prepare elements of the dish asked her about her dancing skills and Louise couldn’t help but encourage Graeme into the conversation.

“Who is the most successful on Strictly,” Tim asked and Simon quickly changed the subject not wanting to discuss.

“You made it into the final didn’t you?” He turned to Louise and asked to which she confirmed. “What about you Graham?”

“I got past Blackpool before I came up against a professional dancer!” The former cricketer teased.

After sevearl of the guests shouted ‘ooh’, Louise just laughed and then Graeme revealed: “You told me to say that!” 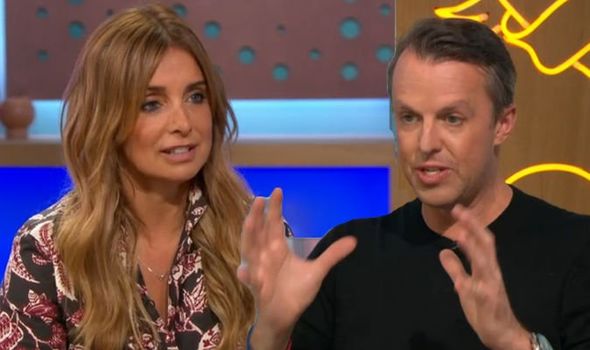 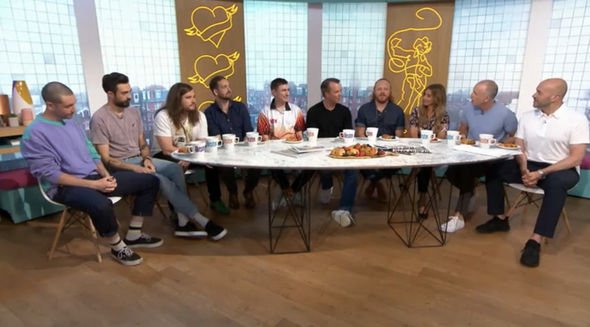 “I never did,” she remarked before adding: “She was a great dancer.”

“She was amazing,” Graeme agreed. Confused as to who he was referring to, Tim asked: “Who was?”

“I was is in the dance off with Ashley Roberts,” Graeme explained and Keith Lemon who was also a guest on the show sitting next to Graeme injected and said: “She’s better than you, that’s why! Just live with it!”

“You got to the final?” Tim turned to Louise and remarked.

“I did!” She replied and then explained what it was like to take part in the show: “It was so nice to get up everyday and be somewhere and have to do something. I got to perform every Saturday.” 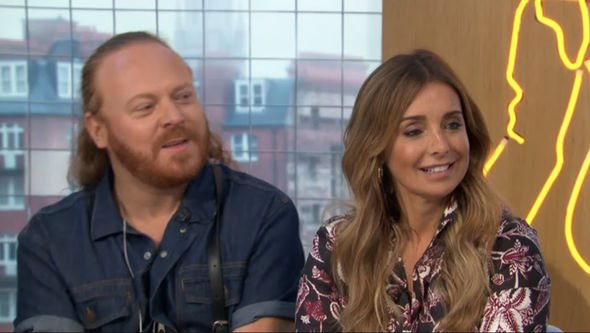 Elsewhere on the show, viewers were left divided by comedian Keith Lemon’s behaviour.

Joining Tim and Simon on the blue sofa for his one on one interview, Keith took this as an opportunity to plug all the shows he was in and when they would be on television.

Following the interview, Tim remarked on the lack of control he had over the conversation and said: “I just got paid for doing that and I didn’t ask one question!”

“I don’t mind Keith Lemon, but I wish he’d shut the f*** up and not try and take over everyone else’s go on #SundayBrunch,” one viewer said on Twitter.

Another added: “Oh no #KiethLemon get him off please #unfunny #SundayBrunch.”

However, other viewers really enjoyed him being on the show as a guest.

“Perfect Sunday morning when Keith is on the brunch @lemontwittor @SundayBrunchC4.”

Sunday Brunch airs every Sunday at 9.30am on Channel 4.