In addition to Supermarket Sweep, ABC’s Sunday slate was filled with other premieres including the 31st season of America’s Funniest Home Videos (0.5, 4.27M), the sophomore season of the new Who Wants to Be a Millionaire (0.6, 3.84M) and the second season of Card Sharks (0.4, 2.60M).

NBC’s Sunday Night Football matchup between the Los Angeles Rams and San Francisco 49ers stumbled in the demo from last week, earning a 2.8 rating as 9.43 million viewers saw the 49ers beat the Rams 24-16. The game fell four-tenths week over week, though these numbers will likely to be adjusted in finals.

SNF certainly had competition from another Los Angeles market showdown: Game 7 of the National League Championship Series (1.8, 6.40M) between the Dodgers and Atlanta Braves. The Dodgers won 4-3 to secure their third World Series appearance in four years. Fox’s final numbers will likely be adjusted in finals with spillover from The OT (3.9, 13.61M) leading into primetime. 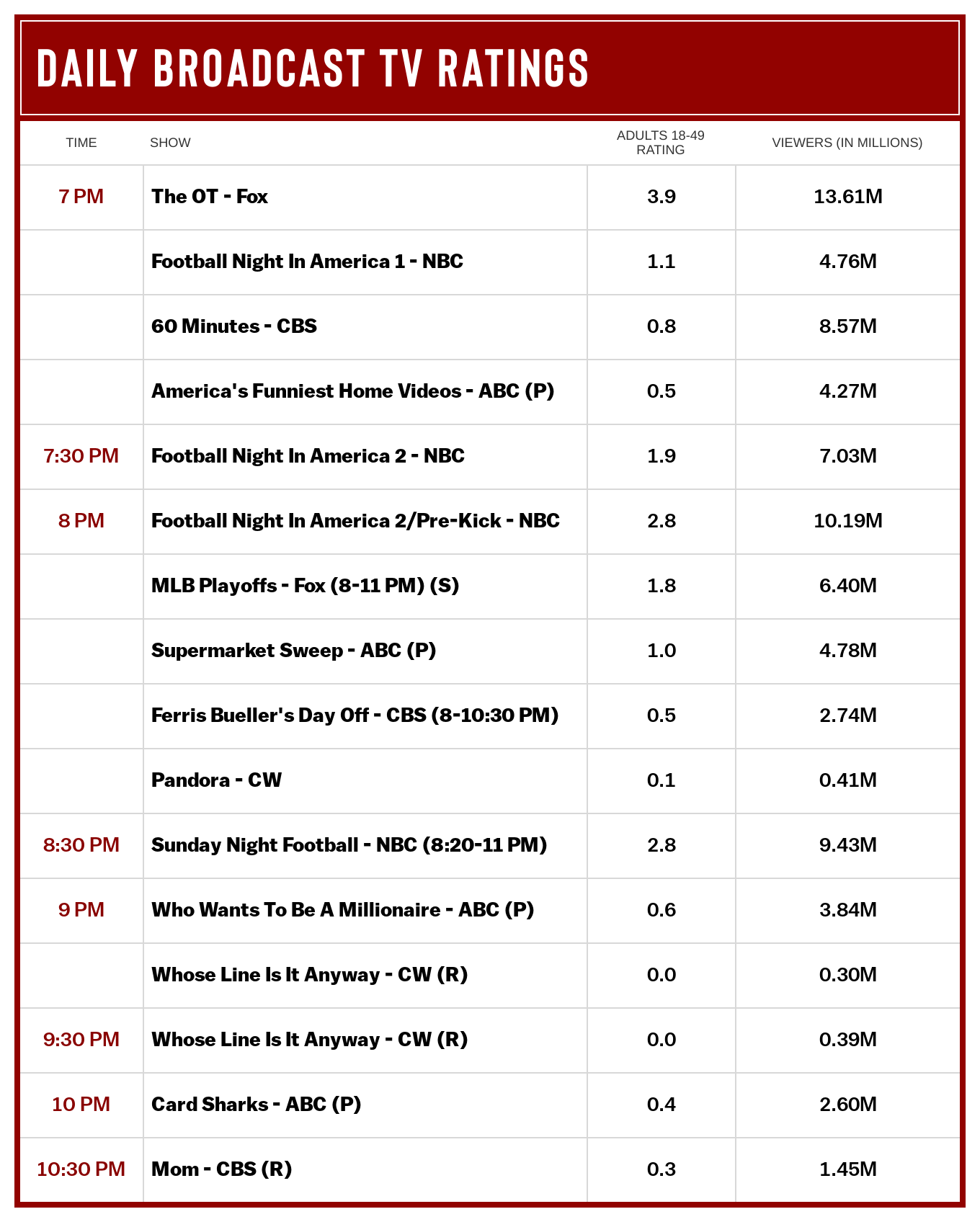