“It’s not giving away [my] platform; it’s called an interview,” host says at the top of Tuesday’s segment 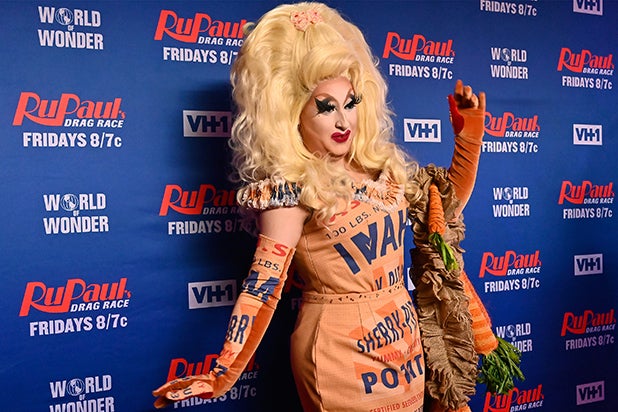 Tamron Hall came out in defense of her interview with disqualified “Drag Race” contestant and admitted sexual predator Sherry Pie (real name Joey Gugliemelli) on Tuesday, telling her audience that the segment should not be interpreted as promoting the disgraced drag queen.

“I’ve been a reporter for 30 years, and I’ve conducted and watched interviews with people who have done bad things. I’ve interviewed rapists, I’ve interviewed murderers … it’s not giving away your platform; it’s called an interview. And people who do bad things are interviewed,” Hall said, responding to former “Drag Race” contestants, among others, who said that hosting Gugliemelli on her show amounted to elevating a perpetrator over his victims.

Gugliemelli competed on Season 12 of “RuPaul’s Drag Race” as Sherry Pie, but was disqualified from the VH1 competition after multiple men publicly accused him of posing as a casting director online to coerce them into sexually compromising positions. Gugliemelli has since admitted to and apologized for the behavior.

Hall said she and her producers accepted “no conditions” on the interview and sought to discuss the controversy head-on. “We’ve offered no opportunity to promote a book, a podcast, anything that could be seen as profiting,” she said.

Hall’s defense of the interview came in response to objections on social media from former “Drag Race” stars, as well as some of Gugliemelli’s victims.

“Just so we are all clear on this, I spoke with producers at @TamronHallShow and told them that I and the 20 victims that I spoke to today DO NOT want them to air a segment with Sherry Pie,” wrote Ben Shimkus, the first victim to come forward. “They’re going to air it despite the all of our requests.”

Another vocal critic was drag queen Jackie Cox, another contestant on Sherry Pie’s season. “I am publicly calling on @TamronHallShow to reconsider giving Sherry Pie access to the platform of national television to tell their side of the story without first speaking with the victims of her abuses and allowing them to weigh in on their own trauma,” she wrote in the first of several tweets about the interview. Season 11 contestant Yuhua Hamasaki had harsher words, simply tweeting, “Shame on the production team.”

After the segment aired, Season 12 winner Yvie Oddly tweeted, “I am a survivor of sexual abuse. I watched the @TamronHallShow because I don’t believe ignoring trauma makes it go away. I do believe in addressing it, however, and feel that AT LEAST some of the victims should have been given the same platform.”