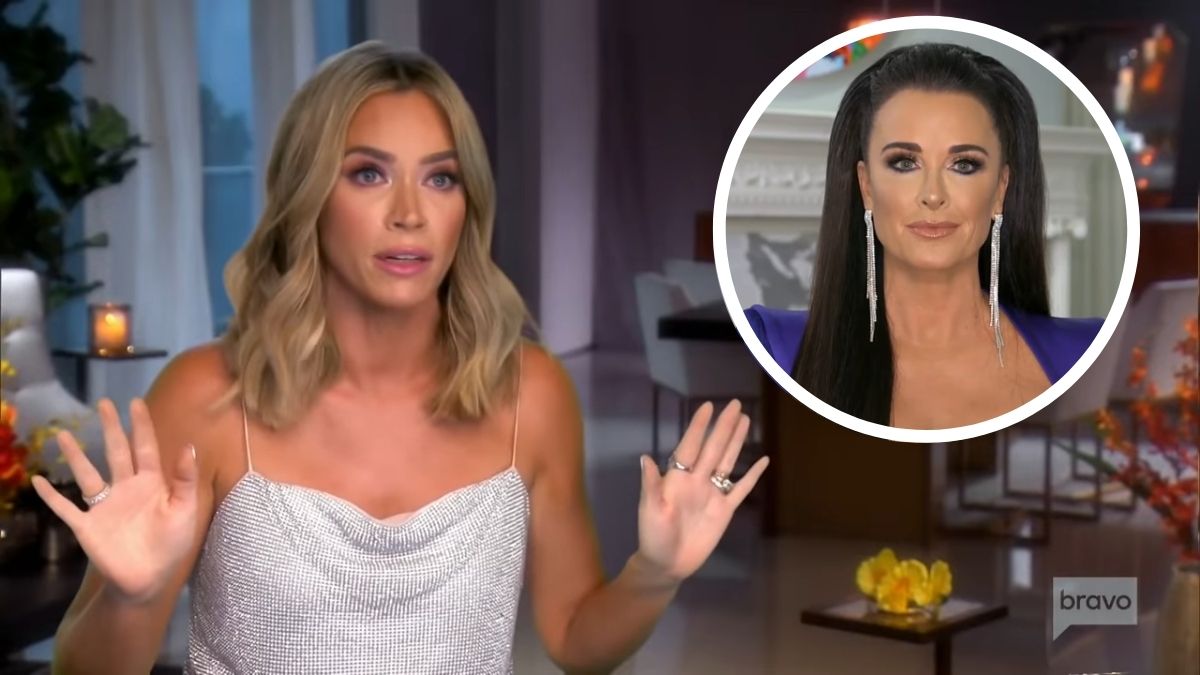 Teddi Mellencamp has had a rough season on The Real Housewives of Beverly Hills, and things are only getting worse.

Since joining the cast four seasons ago, fans have made a turnaround in their feeling towards the mom-of-three.

Initially, Teddi was well-liked by viewers but after her first season on the show, things started to change.

This may be largely due to her blooming friendship with OG, Kyle Richards.

Teddi was also the one who revealed the Brandi Glanville affair rumor to Denise Richards and the other ladies during their cast trip to Rome.

And, viewers have been bashing her for supposedly dropping the bomb on the actress in public– as opposed to pulling her aside and giving her the news.

Now Teddi is fielding tons of negative comments on social media, but she recently had an interesting response to one particular fan question.

Fan 0asks Teddi why her head is up Kyle’s a**

We already know that RHOBH fans can be brutal. Matter of fact, no one knows that better than Teddi Mellencamp.

Recently a social media troll asked a nasty question about her friendship with Kyle Richards.

During a recent Q & A segment on her Instagram page, the accountability coach encouraged persons to send in their questions, and one IG user was very rude in asking, “Why is your head up Kyle’s a**? Is there anything original about you?”

Well, Teddi took the opportunity to give the troll a response saying, “Thank you, troll for joining us and coming up with such an original question. Wow.”

She also made light of the question saying jokingly, “So far up her a** I could barely make this Insta story, but somehow I did it.”

The post has since expired from Teddi’s Instagram page, but the exchange was captured by US Magazine.

Teddi lashes out at haters

This is not the first time that the 39-year-old has clapped back at haters on social media.

A few weeks ago she also responded to persons wishing harm to her family.

“You don’t always have to agree with me. You don’t even have to like me, but wishing someone would die is taking it to the next level,” Teddi wrote.

“Please watch the show. Enjoy it,” she added.

“It’s entertainment and our lives can be crazy! Pick your faves and your villains, laugh, cry, relate, etc. but wishing death on another human is just wrong on so many levels. I hope those that follow me or those that just come on to troll can understand and respect that this needs to stop.”

Part 2 of the Real Housewives of Beverly Hills reunion airs on Bravo Wednesday, September 9 at 9/8c on Bravo.