Bradley Walsh welcomed a host of celebrities on to this evening’s special edition of The Chase as they all tried their hardest to beat today’s Chaser, Mark Labbett to win the jackpot prize for their respective charities.

I’m A Celebrity… Get Me Out of Here! champion, Harry was the final contestant to face the Chaser but before he did, he revealed a hilarious admission his wife Sandra had said to him before he came on the show.

Before Harry kicked off his cash builder round, Bradley quizzed the King of the Jungle on what he thought of the ITV quiz show.

He began: “You come on a show like this, and you say to Sandra ‘I’m going on the TV’,” before asking what his wife would say to him on his decision to face the Chaser.

Harry then revealed Sandra had told him “You’ll be useless” before forcing him to sit down and watch some of the show so he knew what he was letting himself in for.

After admitting he had never seen the show before, he continued: “Last night at half past ten, she’s got it on playback.”

“She says ‘You’ve got to watch this show or you won’t have a clue what you’re doing so between us we watched it and got one question right,” he added before Bradley continued with Harry’s cash builder round.

The King of the Jungle earned an impressive £5,000 but Mark couldn’t resist slipping in a cheeky swipe as Harry took his spot for their head-to-head.

“I hope you were paying attention last night with Sandra,” Mark quipped but unfortunately Harry he failed to make it back for the final round. 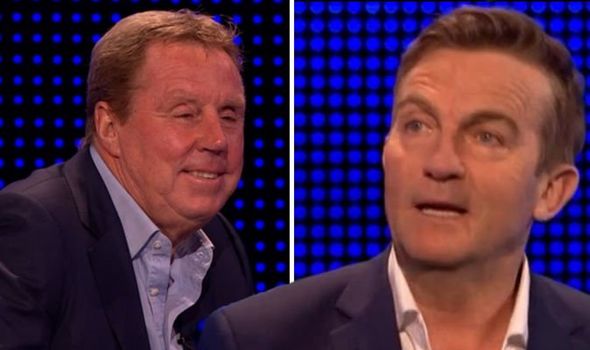 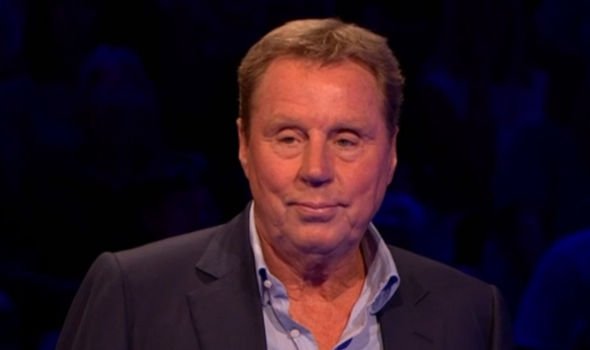 Earlier in the show Susie and Anthony secured their spots in the final Chase by beating Mark and adding £4,000 and £6,000 to the jackpot prize respectively.

Despite taking a gamble and choosing her higher offer of £75,000, Ellie failed to beat the Chaser.

Susie and Anthony worked well together in the final Chase but Mark caught the pair with just one second remaining.

Contestant Laura was first up to face Jenny but was beaten before the show had really started. 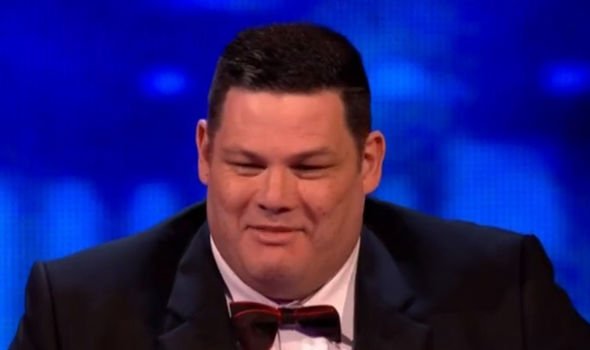 Consoling Laura, Bradley said: “I am so sorry, your dream will come true. You’ll do Route 66 and you’ll love it, you’ll get a Harley [motorbike] and you’ll have the time of your life.

“Right now, unfortunately you have been caught Laura, and for you The Chase is over.”

Once she had left the stage, Bradley turned to Jenny and remarked: “She was delightful!”

“It’s not my job to reward people for being delightful,” Jenny quipped.

Taken aback, Bradley hit back: “All right love, settle down!”