THE Chase's Bradley Walsh was left stunned after a contestant pointed out a major flaw in a crucial question.

Tuesday's edition of the ITV quiz show saw Keith step up first to take on Mark 'The Beast' Labbett. 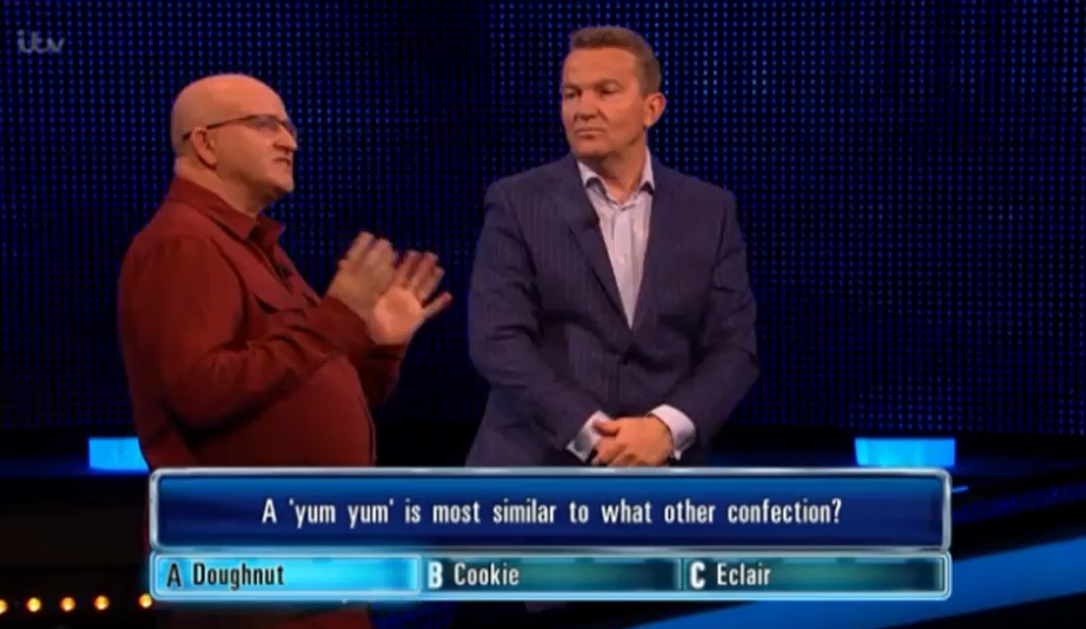 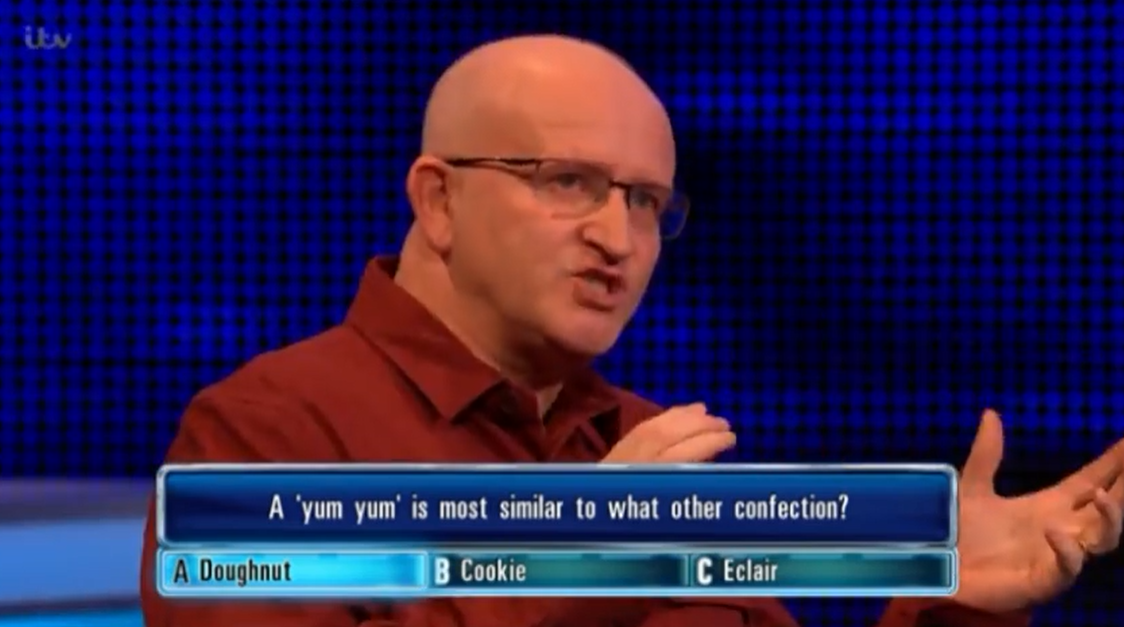 Keith accrued a respectable £6,000 in his Cash Builder round, and was doing well in the Head to Head with Mark when his final question threw up a bit of a debate.

Bradley, 61, asked: "A ‘Yum Yum’ is most similar to what other confection?”

The answer options were doughnut, cookie or eclair, with Bradley admitting: "Get in! Just love a Yum Yum."

When the time was up, Keith revealed he had chosen doughnut, but wasn't completely confident with his answer because of the wording in the question.

He explained: "It depends in which way it’s most similar.

“If it’s around being sticky sugary it’s a doughnut, but you know, shape-wise it’s eclair.”

Bradley was stunned by what Keith pointed out, before agreeing, saying: "You’re absolutely right. It’s the shape of an eclair.”

Thankfully, Keith's decision to choose doughnut was the right one, as Bradley revealed it was the correct answer and he had made it back to his seat with his money ready for the Final Chase.

Bradley joked: "I love a Yum Yum. They are great. I wish that question hadn't come up now, I’m starving!"

Many viewers were on Keith's side about the question as well, with one writing on Twitter: "That was the most stupidly worded question ever… #TheChase."

Thankfully, Keith had further success in the Final Chase, as they managed to beat Mark and take home £20,000 between them. 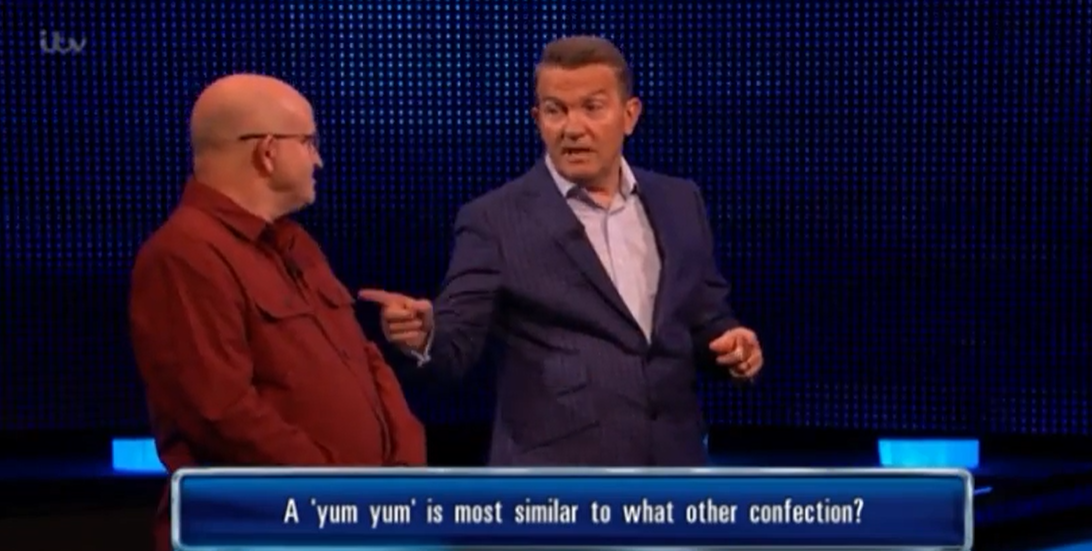