By now, we’re all familiar with the trope in movie and TV trailers where an eerie children’s choir cover of a popular song is used to signify ominous undercurrents. There’s a reason why so many projects have turned to songs that are simultaneously familiar and unfamiliar as a shortcut to significance. It’s ambiguous, it can be unsettling, and it’s (well it used to be) a signal that what was up around the corner was something that could break with expectations.

Over a decade into a post-“Creep” world, that tactic pops up not in the marketing materials for “The Chestnut Man,” but the Netflix show itself. Near the end of the first of the season’s six episodes, an assembled group of Danish schoolchildren sing a nursery rhyme about chestnuts, the same marker a murderer leaves at a crime scene as their de facto calling card. As if this one-to-one wasn’t enough, a raw chestnut, still in its outer green casing, falls from a tree.

It’s the kind of on-the-nose, not-even-symbolic connection that you’d expect to find in a cheesy page-turner — the kind of propulsive, twisty crime novel straight from an airport bookstore’s bestseller shelf. “The Chestnut Man” has similar roots, co-created by Søren Sveistrup, whose 2018 novel of the same name came after he created the original Danish version of “The Killing” over a decade prior. 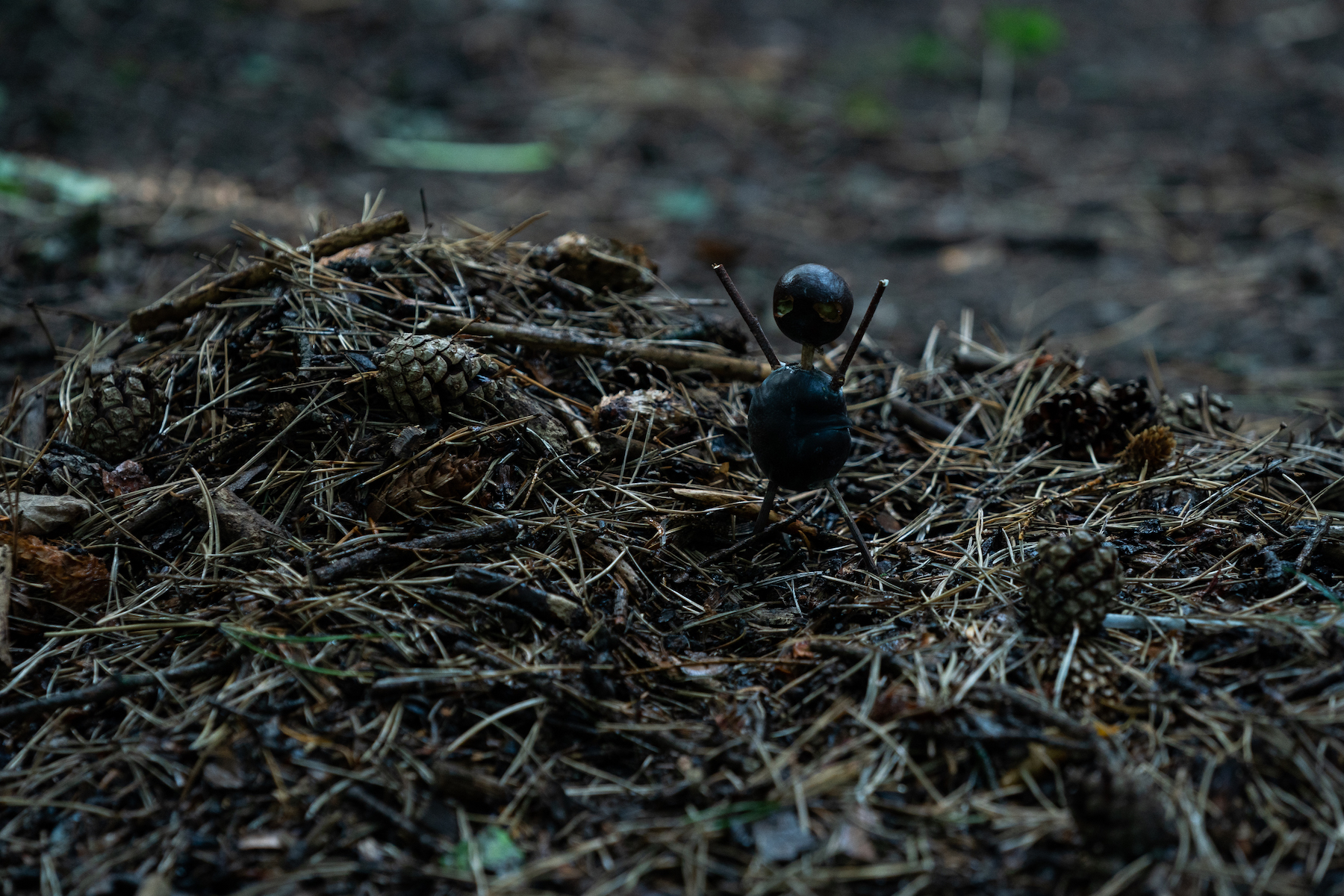 But rather than reflect the pedigree of someone whose previous TV work capitalized so well on an episodic form of storytelling, “The Chestnut Man” feels like an attempt to not so much adapt his own book as transpose it.

The show’s 1987-set opening sequence might as well be labeled “Prologue,” a walk through a vicious and bloody crime scene punctuated by one more act of violence to add to a pile that will only keep growing. From there, “The Chestnut Man” jumps forward, following a pair of detectives, Naia Thulin (Danica Curcic) and Mark Hess (Mikkel Boe Følsgaard) as they get drawn into a present-day homicide investigation. One of the only clues? A tiny chestnut figurine left behind in place of a missing appendage. (If that rudimentary, stick-figure evocation of lost innocence has you thinking “I gave you all the clues,” it only makes sense that Sveistrup is a credited screenwriter on “The Snowman.”)

Netflix is certainly no stranger to the crime-novel-to-TV pipeline, having carved out an entire programming wing devoted to Harlan Coben stories. “The Chestnut Man” is perhaps on that same spectrum, but to its credit, there’s decidedly more visual panache here. In the same way that Sveistrup would have to set up all of these locations on the page — a weather-worn farmhouse, a wood-panel home interior, an apartment building with a facade like a mosaic, public buildings with surprisingly reflective hallways — there’s an added beat to each successive establishing shot that carries a kind of novelistic patience amid the greater race-against-time elements of the mystery. It’s nowhere near the austerity of something like “The Investigation,” a decidedly different spin on gathering information about a suspicious death, but it does share a similar kind of sobering bleakness.

As Thulin and Hess parse through old evidence records and spot previously ignored key details, there’s a similar sense of teeing up certain revelations that almost directly map onto the rhythms of a chapter-ending cliffhanger. There are awkwardly placed flashbacks, deliberately withheld until the key pieces of information within become more twist than context. Thulin and Hess follow one or two less-fruitful leads, but the trajectory of their breakthroughs is pretty much only designed to move forward. 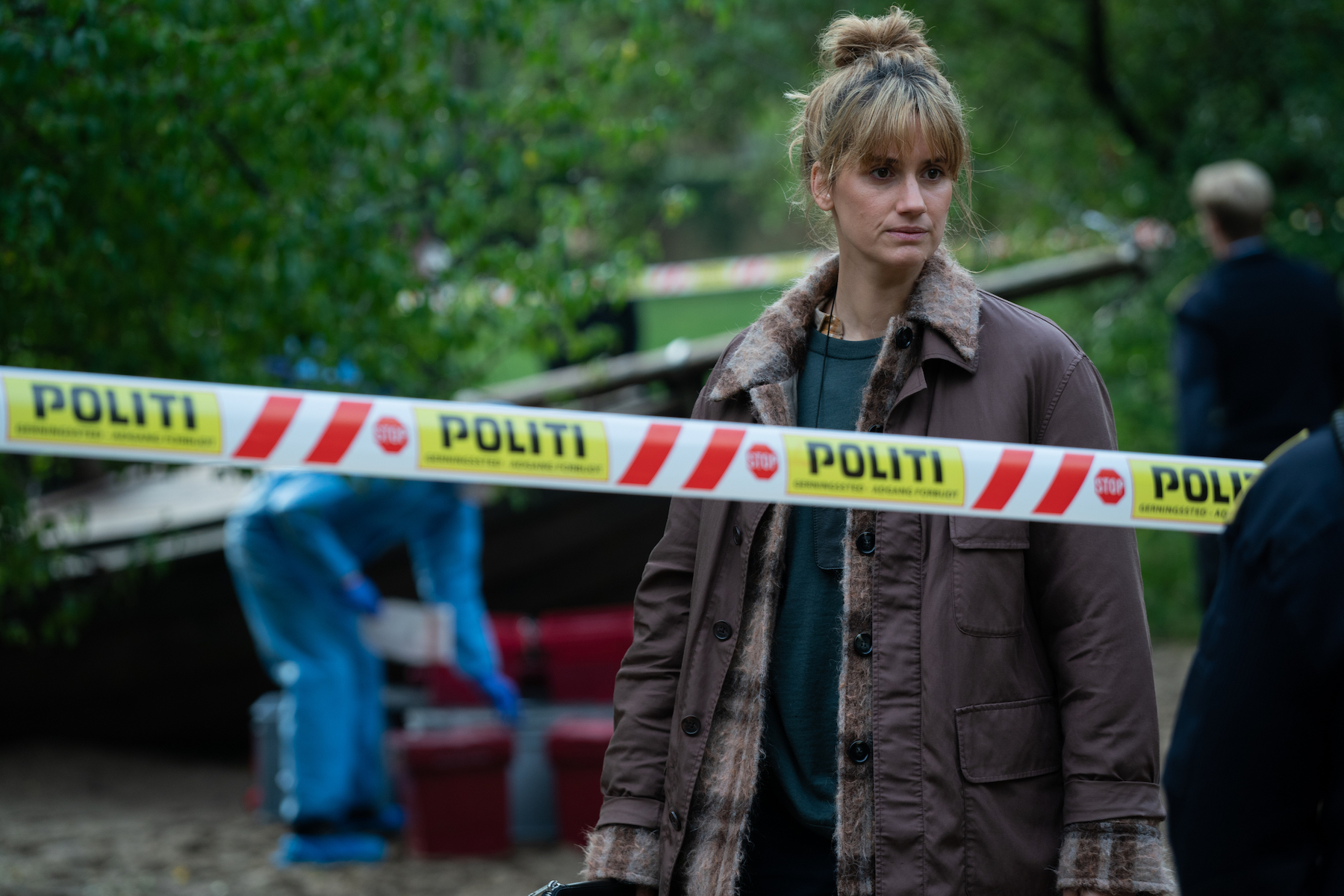 And those chestnuts. It’s a ripple that runs through every last inch of the show, a main key for understanding both method and motive. Even past the point when it seems excessive, chestnuts are ever-present in “The Chestnut Man” in the same way that Sveistrup can get away with relentless repetition on a page. Without the kind of visual shortcuts that can convey information with a destabilizing insert shot (of which there are many here), a detective novel can put you inside of the mind of Thulin or Hess or government minster Rosa Hartung (Iben Dorner), whose own unspeakable family horror becomes interwoven with everyone else’s fates.

When the moving pieces here become a little bit clearer and the mess of threads is untangled in a pretty explicit fashion, it feels like a missed opportunity to let a more-than-capable cast do some of their own heavy lifting. Rosa and husband Steen (Esben Dalgaard Andersen) are stuck in a land of grief, and the Thulin-Hess combo are locked into the same monomaniacal devotion to the case as the show overall. Over six episodes, “The Chestnut Man” takes plenty of opportunities to invoke the nature of cross-generational trauma and the respective burdens felt by both parents and children. But with the singular focus on drawing connections among this jumble of broken and repairing psyches, there isn’t much room for anything besides proclaiming they exist.

So that mixture of an artful veneer and an oversimplified brutal mystery underneath turns out to be its biggest hook, as well as the thing that keeps the series from being something more. Even the finale, one that some viewers with a passing knowledge of Danish film and TV might be able to sniff out a little sooner, is short on catharsis mainly because the ending plays out like an obligation. For a story concerned with mangled corpses, haunting blood pools, and a weaponization of a childhood arts and crafts project, there’s a neatness to it all that feels oddly storybook.

“The Chestnut Man” is now available to stream on Netflix.