Ed Pressman’s five decades of producing credits include everything from Terrence Malick’s “Badlands” to “Wall Street,” “The Crow,” Abel Ferrara’s “Bad Lieutenant” and the reimagining of the same title in another version directed by Werner Herzog. But nothing in his roster has been as singular as the story of the hippie billionaire at the center of “Dear Mr. Brody,” which opens this week, and its existence speaks to the long-tail success of a producer whose assets have accrued unique value with time.

In the ‘70s, Pressman came into possession of material that he knew would make a good movie: Tentatively called “The Last Flower Child” with Richard Dreyfuss in talks to star, the project would recount the bizarre saga of Michael Brody Jr., the 21-year-old heir to the Oleomargarine fortune who announced that he would give $25 million to anyone who asked. In the process of acquiring the rights to the project, Pressman came into possession of 12 boxes filled with letters sent to the late Brody from around the world begging for his support.

That movie never came to fruition, but decades later, Pressman’s producing assistant Melissa Robyn Glassman came across the letters while going through his archives. The discovery became the centerpiece of “Dear Mr. Brody,” the enthralling new documentary from filmmaker Keith Maitland (whose wife was Glassman’s roommate). While Maitland’s movie recounts the saga of its drug-addled subject, who went so far as to appear on talk shows to promote his ill-fated cause, it also captures a wide array of aspirations through the letters that were sent to him.

“I think the film that Keith made is a much more interesting piece of cinema than we originally intended,” said Pressman, who appears in the documentary, during a recent interview with IndieWire over Zoom.

The 78-year-old now runs his production company out of New York with his 32-year-old son, Sam. The younger Pressman, also on the Zoom call, said he still holds out hope for the original idea. “It would make a great movie someday,” he said. “I think we could set it up. But we have a bunch of concepts like that we could develop.” 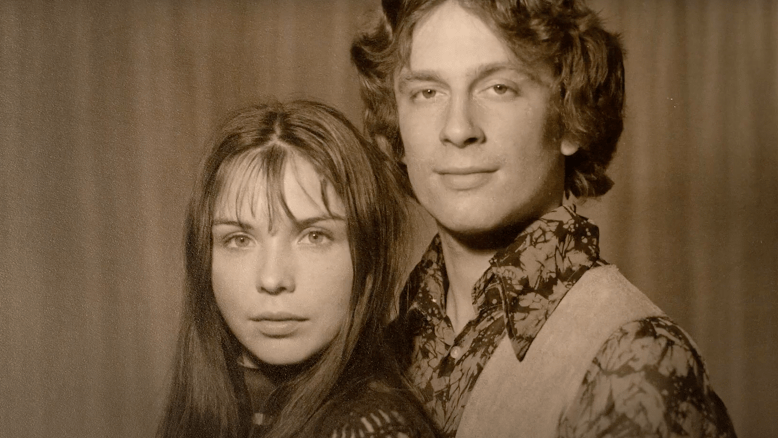 While the saga of “Dear Mr. Brody” is singular, it’s only the latest extension of an IP library that Ed has accrued for years. The son of toy executive Jack Pressman, Ed was savvy enough to acquire the rights to the original “Conan the Barbarian” comics that both inspired the lucrative “He-Man” franchise and launched Arnold Schwarzenegger’s acting career. Other projects he pounced on that led to big paydays include “Judge Dredd,” “Street Fighter,” and “The Crow,” which is currently being developed as a reboot. An earlier version with Jason Momoa starring and Corin Hardy directing has been canceled, but Ed said he expected to announce a new director and cast in the near future. “The Crow is a kind of anti-superhero,” Ed said.

Sam said his father’s mentality has informed the future direction of their company, Edward R. Pressman Film Corporation. “Ed’s whole approach to IP from the beginning is really inspiring,” Sam said. “As I continue to process that and bring fun ideas to him, we’re thinking about these IPs can continue to translate in the public realm.”

The most intriguing gamble on that front is the pair’s continuing investment in “Bad Lieutenant.” Ferrara’s unsettling 1992 version was revered as a grimy meditation on Catholic guilt, with a stunning warts-and-all turn by Harvey Keitel. News of the 2009 Herzog version starring Nicolas Cage, “The Bad Lieutenant: Port of Call New Orleans,” was met with skepticism until that movie received accolades of its own.

Now, the Pressmans are developing four new international versions of “Bad Lieutenant” with filmmakers they expected to announce this year at Cannes. “We’re telling each filmmaker to make it his own,” Ed said, adding that a streamer was in talks to finance all five versions. “It’s not tied together by a single story. It’s one filmmaker’s vision of their city and its underbelly.”

Though Herzog said at the time that he was unaware of Ferrara’s “Bad Lieutenant,” Sam said that both filmmakers’ versions were motivating their latest undertaking. “Part of the appeal is that Herzog and Ferrara are so iconoclastic,” he said. “Despite working from the same fundamental story they made such radically different films. Now some other filmmakers are excited by this totally new approach to IP that allows them to translate into their own cinematic language.”

The remake opportunities don’t stop there. Ages ago, Ed acquired the rights to Jack Cardiff’s 1968 erotic drama “The Girl on a Motorcycle,” starring Alain Dolon and Marianne Faithfull. “I saw it as a child and was very taken with it,” Ed said. “We’re adapting it to a script in English that would be done by an exciting young filmmaker.” The company is also in pre-production on “The Monkey Wrench Gang,” an adaptation of Edward Abbey’s novel that Pressman first started developing 20 years ago with a screenplay by William Goldman. Now, Henry Joost and Ariel Schulman (“Catfish”) are attached to direct. They also served as executive producers on “She Will,” the psychological horror debut from director Charlotte Colbert, which IFC Films and Shudder recently acquired for U.S. distribution.

The Pressmans have several other original projects in the pipeline, including “Dalíland,” which stars Ben Kingsley and Ezra Miller as Salvador Dalí at different stages of his life. Ed produced director Mary Harron’s breakout “American Psycho,” and said that her latest project — which was angling for a slot at Cannes in May — “turned out marvelously,” despite pandemic-related production challenges. “It’s always a miracle when a film comes together in an independent way,” Ed said, noting that the project was co-financed by Room 9 Entertainment, which also made “Thank You For Smoking” with the Pressmans. “the traditional foreign sales model didn’t work,” Sam said. “We had to really push hard and find the equity to make the film and Mary just refused to not make it during the pandemic.”

Meanwhile, Sam said he was looking to expand their small-scale IP empire into other arenas, including podcasts and VR. Most recently, that has included “Evolver-Prologue,” an immersive film that boasts Malick as an executive producer that premiered last year at Cannes XR. The next chapter is expected to return to the Croisette. “Sam is from a different generation and thinking in exciting, adventurous ways,” Ed said. “However, I still believe in the feature film as a standard that has lasted a long time and will continue.”

Sam said they were hoping to secure an overall deal with a studio to support their future endeavors. “We’re still trying to figure out slate financing,” Sam said. “The thought of trying to make a slate of films rather than each one being such a battle — I feel like Ed deserves that. The next few should be easier.”

“Dear Mr. Brody” opens theatrically this week via Greenwich Entertainment and will be available to stream on Discovery+ later this year.