Watching the intriguing and unpredictable adult drama The Forgiven, which takes place right in the heart of the High Atlas mountains in Morocco, I couldn’t help but think that if the 2012 book on which it is based were around a few decades earlier this would be the kind of movie Richard Burton and Elizabeth Taylor would have made. It is actually a film dependent on a strong star pairing, and Ralph Fiennes and Jessica Chastain certainly fill the bill as a somewhat bored married couple invited to spend the weekend at the isolated villa of a gay friend in the middle of the desert.

Based on the novel by Lawrence Osborne it is a story that pits the haves and the have nots, Westerners with money to spare versus local Muslims with nothing but miles of sand to traverse. On the one hand The Forgiven, written and directed by John Michael McDonagh (The Guard, Cavalry) and world premiering today at the Toronto Film Festival and with a title that even sounds like  a movie Taylor and Burton might have made in the ’60s, is about that clash which happens solely due to a tragic accident that brings these disparate groups unexpectedly together. On the other hand it is about people from distinct and different backgrounds who deal with their own humanity in ways that couldn’t be more miles apart. It is a clash of cultures that serves on a very small level as something of a view for the world at large, one ultimately asking for universal understanding.

David Henninger (Fiennes) and his wife Jo (Chastain), a children’s author, are driving to spend the weekend at the elaborate and remote Moroccan villa (Willem Smit’s production design is aces) of  their friend Richard (Matt Smith) and his gay lover Dalley Margolis (Caleb Landry Jones). Other kitschy guests will also be partying with no abandon there for the housewarming party of this renovated ksour in the middle of nowhere. Before they can arrive, David, not a terribly friendly man and a functioning alcoholic, gets drunk and winds up carelessly running over a young local man named Driss (Omar Ghazaoui), killing him. Not knowing what to do he takes the body to the house. Although a tragedy, this incident does not seem to dampen the mood, and is ruled an accident by authorities, perhaps favoring those with wealth vs those more expendable? 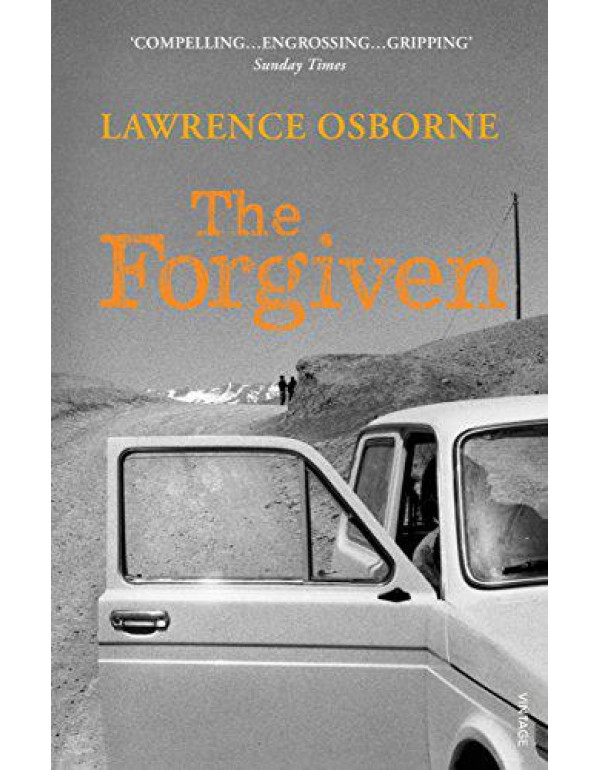 As the guests, a bourgeoisie bunch if ever there was one, go about their merry games, we get an ugly view of privileged western society where, despite outward appearances, they all seem to be dead behind the eyes if you ask me. There is also attractive American Tom Day (Christopher Abbott), party girl Cody (Abbey Lee), photographer Isabelle Peret (Marie-Josee Croze) and more drifting in and out of frame. The focus is primarily on David and Jo, he a lost cause and she potentially a decent person, if overdressed in evening gowns for the occasion, caught up in a dying marriage.

Things heat up considerably when Abdellah (an excellent Ismael Kanater), the father of the dead boy, arrives to identify the body. In a rare moment of remorse over causing this loss of a young man’s life, accident or not, David somewhat reluctantly agrees to accompany Abdellah and his group to the outer desert in order to bury the boy. Is this his version of atonement? It certainly adds a unique layer of tension to the story as he sets off in the car with this Muslim father of the boy he killed. Their interactions on the journey are the strongest part of the film.

Meanwhile, back at the ranch…Jo opens up and shows emotional vulnerability as she falls into bed with Tom, ratcheting up the stakes when David returns, if he returns. We don’t really know how this will play out, and that is what kept me engaged right up to the very last moment. 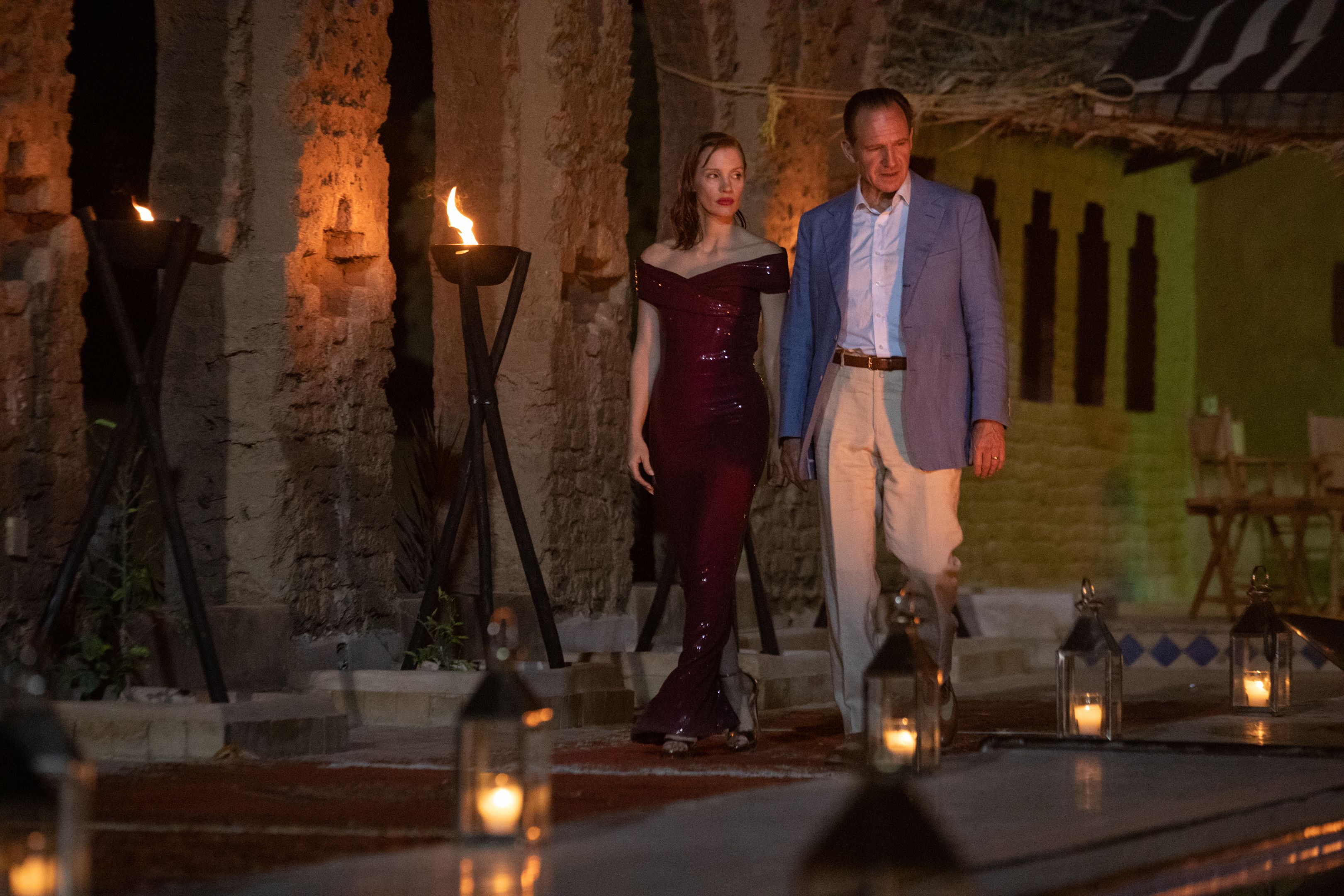 In a directorial flourish I have never quite seen before, every single credit, including all the music cues and crew members, roll by at the beginning of the movie. McDonagh clearly has his reasons for that but it is disconcerting to say the least. I actually thought the link I got to watch the gorgeously shot movie (cinematography is by Larry Smith) was somehow unspooling backwards. I almost called the support line. Ultimately what McDonagh has wrought is a look into ourselves no matter what class we are in, and he clearly wants it to end with no ambiguity on that matter. Fiennes as a thoroughly unlikable man manages through his exceptional acting talent to show us how David may have a decent human buried deep inside. Chastain, who received the Actor award at TIFF today, is having quite a festival with The Eyes of Tammy Faye also premiering here this weekend on top of the HBO debut Sunday of her limited series Scenes From a Marriage. She brings extra dimension to a basically good woman who is trying to find any spark of life left in her. Smith, best known for The Crown, is perfectly cast as Richard, while Jones’ character is a little too weird to ever let the actor take it out of first gear.  Best of all is perhaps is driver Anouar, as played by Said Taghmaoui, with genuine wisdom and smarts well above his pay grade. This is a rare and thoroughly adult drama offering much to think about.

Elizabeth Eves, Trevor Mathhews and Nick Gordon are producers. The production companies listed are House of Un-American Activities and Brookstreet Pictures. The print I saw was fronted by the Focus Features logo, but the title is being sold at TIFF. CAA is the sales agent.