In his new autobiography, Will, Smith writes about filming The Fresh Prince of Bel-Air. He described how each of his co-stars would entertain the audience in between takes with their own unique talents.

If The Fresh Prince of Bel-Air was fun to watch on TV, it was even better in person. Networks invite audience members to tapings of shows for free. The audience gets a free show, and the show gets genuine laughter. Tapings can take hours and it’s not all retakes. There’s a lot of waiting, so Smith made sure The Fresh Prince of Bel-Air stayed fun. Smith described the atmosphere on taping nights. 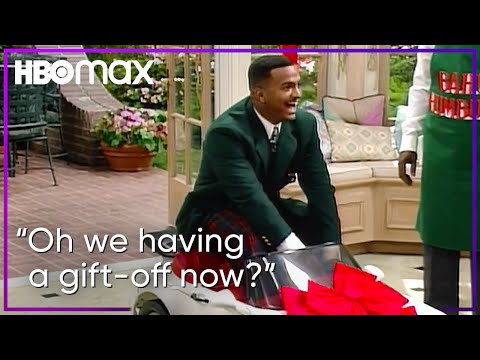 “Friday nights on the set of The Fresh Prince of Bel-Air were like being at the hottest club in the city – everybody who was anybody made their way to our tapings,” he wrote. “The top comedians on the mic, the most gorgeous Hollywood starlets, professional athletes, musicians – a who’s who of the flyest of the fly.”

‘The Fresh Prince of Bel-Air’ cast were all musical

Alfonso Ribeiro, who played cousin Carlton, already made his dancing abilities public. He sold break dancing instructional videos on TV and demonstrated his talents on Silver Spoons. Smith said Ribeiro continued doing non-Carlton dances for the audience, but so did the rest of the Fresh Prince of Bel-Air cast.

“And then there was our unique competitive advantage,” he wrote. “Everybody in our cast could sing and dance. So, between scenes, Alfonso would perform Michael Jackson; Joe Marcell would since some obscure, hilarious British show tune; James Avery would demonstrate all the old-school dances; Janet Hubert was an Alvin Alley-trained dancer, and a Juilliard-trained actor and singer; even Tatyana, at eleven years old, was jumpin’ in the game.”

DJ Jazzy Jeff and the Fresh Prince would perform, too

“And then, as if all that wasn’t enough to send the studio audience into hysteria, we dropped our nuke: DJ JAzzy Jeff and the Fresh Prince would perform live every Friday night,” he wrote. “Our between-scene moments were as iconic as anything we ever put on camera.”