The Green Berets got John Wayne into a fair amount of trouble with most movie critics and some audiences. The war film displays a very particular view on the Vietnam War, which continues to haunt its legacy. However, Wayne wears his patriotism on his sleeve with the projects that he chooses to pursue. The Green Berets continues to stir debates in the modern-day.

George Beckworth (David Janssen) is a cynical reporter who is against the Vietnam War. However, he’s set on an assignment to cover the conflict and follow around a group of Green Berets to collect his information. Col. Mike Kirby (Wayne) leads the group, which is on a top-secret mission to kidnap an important commander behind enemy lines. George gets directly involved with an orphan caught in the middle of the conflict.

However, The Green Berets aims to inform its protagonists of a pro-war view. The group and the experience taught him that he must respect America’s involvement in the war. Meanwhile, Wayne’s Col. Kirby is the tough-as-nails leader that bravely fights for his country. 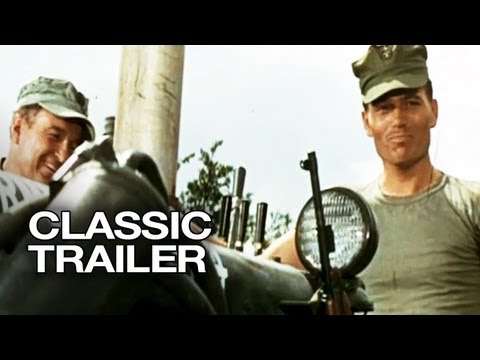 Legendary film critic Roger Ebert heavily criticized Wayne’s The Green Berets. He gave the film zero stars and compared it to the terms of “cowboys and Indians.” Further, Ebert included it on his “Most Hated” movies list.

“It is offensive not only to those who oppose American policy but even to those who support it,” Ebert wrote. “At this moment in our history, locked in the longest and one of the most controversial wars we have ever fought, what we certainly do not need is a movie depicting Vietnam in terms of cowboys and Indians. That is cruel and dishonest and unworthy of the thousands who have died there.

Ebert continued: “In one remarkable speech, John Wayne tells the journalist: ‘Out here, due process is a bullet.’ Is that our policy? What is our policy? The film doesn’t make it clear. Judging by The Green Berets, we seem to be fighting a war for no particular purpose against a semi-anonymous enemy.”

Many other critics echoed many of Ebert’s points. The Green Berets currently sits at 23% on Rotten Tomatoes. Others call it “dangerous” for its propaganda and perception of war.

Wayne often used his platform to push conservative causes, including America’s involvement in the Vietnam War. His critics point to The Green Berets as an example, which saw financial success at the box office. The film earned $32 million against a $7 million budget.

The aforementioned quote, “Out here, due process is a bullet” remains an iconic line that drew both controversy and praise. However, The Green Berets displays the very nature of Wayne, who remains a controversial Hollywood movie star for his “tantrum” behavior, his political motivations, and his film projects.