The Handmaid’s Tale fans have been gripped by the horrifying series so far, and as the season is half way through the third instalment, it seems there’s been a huge shift.

June Osborne (played by Elisabeth Moss) went on a trip to Washington DC with the Waterfords to try and get baby Nichole back.

However, she was greeted by a brutal image of Gilead, where women were even further repressed.

She quickly discovers that actually, she’s had it easy in comparison, as the Handmaids in Washington are forced to get on their knees whenever a Commander is near.

Furthermore, June is forced to wear a gag over her mouth to stop her from speaking.

While this is all shocking, it’s remarkably not the worst thing to come out of the episode.

She meets Commander George Winslow (Christopher Meloni) and while he is a terrifying character with undoubtedly more to come, it’s his Handmaid that strikes fear into the hearts of viewers.

It is revealed Ofgeorge has her mouth closed completely with three hoops. The piercing (of sorts) not only means she can’t speak, but she can’t even open her mouth at all.

The visual is so incredibly terrifying that it’s almost hard to comprehend – and it’s hard to forgive.

Of course, the Handmaids are restricted, abused and used throughout the story, which is based on Margaret Atwood’s original novel.

But what becomes clear through the character of Aunt Lydia (Ann Dowd), is that Handmaids are also valuable and useful.

As has been teased throughout season three, the repressed women are rising, but is it a little too late to save the show?

Throughout The Handmaid’s Tale, viewers have watched on in horror as women have been punished for relatively small things. 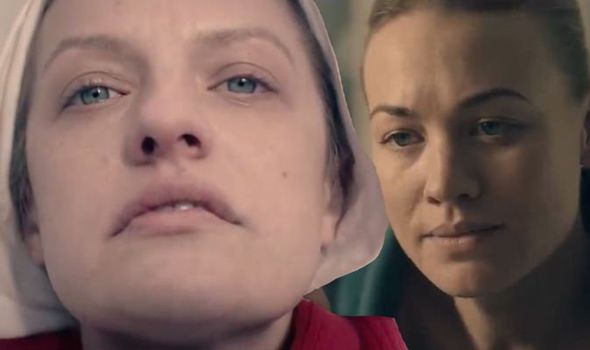 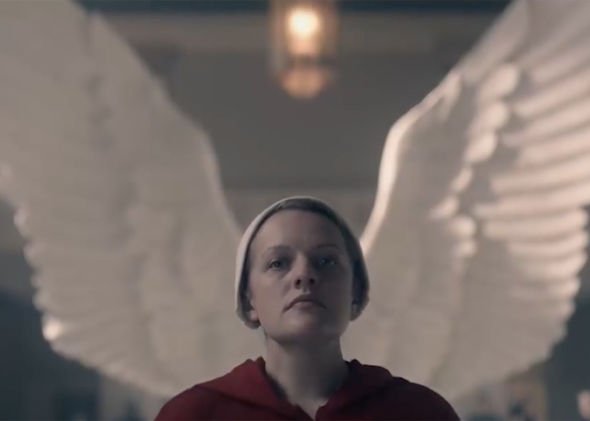 Janine (Madeline Brewer) loses her right eye for telling an Aunt to “f**k off”, Emily (Alexis Bledel) has her vagina surgically modified because she is a lesbian and even well-to-do, Commander’s wife, Serena Joy (Yvonne Shrahovski) had her finger removed when she read from the Bible.

So why, and quite frankly how, has June managed to survive relatively unscathed?

She has consistently been rude to the Waterfords and Aunt Lydia. She escaped twice, once as a pregnant lady and once with her baby. She gave Nichole away to Emily.

The fact she hasn’t gone through any significant punishment yet kind of belittles the story. Gilead is supposed to be a ruthless world and for the most part it is. That is, if you’re not June Osborne.

By all means, NO women should ever go through what the characters on The Handmaid’s Tale have, but the fact that June hasn’t has similar treatment to the there women only go to show the Hulu programme is suffering from a case of “The Untouchable Hero”.

The story is scary enough, realistically. A society where a woman is forced to carry children with a man she is essentially a sex slave to, is pretty terrifying. The shock scares the Hulu show is still trying to deliver just only go too far.

Furthermore, reaction to The Handmaid’s Tale has been decidedly mixed this year, with some suggesting it’s gone too far from Atwood’s world.

Creator, Bruce Miller, hit out at critics, saying: “It’s horrible. Our job is to think of what would happen in one of the worst places on Earth. Then it’s our place. 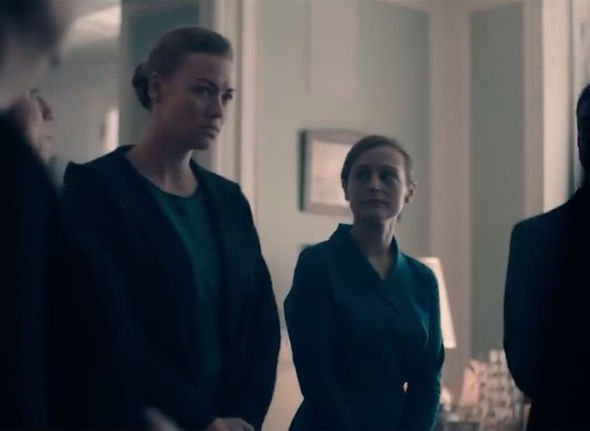 “Gilead is a brutal place. Brutal places express themselves through brutality. Just because I’m tired of it it doesn’t mean it’s going to stop. I really try to show only the things that if you didn’t see, you wouldn’t understand the story or the characters. You have to go through it with June in order to understand her. To take that away is to take away what June is fighting against.

“Also, there’s the cautionary part of the tale,” he added to The Independent. “We don’t ever make up cruelties, because that just seems like pornography. We unfortunately have plenty of material that exists in the world.”

It’s something that the bosses aren’t aiming to shock merely to show Gilead as a real and terrifying space.

With a couple of episodes left of season three, perhaps Bruce can actually marry his ideas, joining together June’s place in the world and the necessity of terrifying images.

Really, it can only end with June breaking free. Season three is all about the resistance and the fight back against the Commanders, so surely, now June has seen even more of the world and met the real big wigs, an end could be near.

But will this mean the end of The Handmaid’s Tale or will Margaret Atwood be able to swoop in with the release of Testaments later this year and offer a new side to Gilead to help the show.

Either way, may the Lord open and deliver fans of the show the ending they deserve after everything. Praise be.

The Handmaid’s Tale season 3 continues on Wednesdays on Hulu and continues Sunday at 9pm on Channel 4.