The Handmaid’s Tale has seen June Osborne (played by Elisabeth Moss) go through a brutal season this year.

While it looks like she is getting away with her schemes at the moment, she has not exactly been subtle about them.

June has been meeting up with the Marthas – the housekeepers of each Commander’s home – at the back of the local grocery store at the fridges.

One of June’s plans to see her daughter was thwarted by Ofmatthew (Ashleigh LaThrop) in episode seven when she ratted out the Martha who was helping her, Frances (Ordena Stephens), during one of her meet ups.

This lead to the poor woman’s death by hanging in the following episode, leaving June utterly furious.

But fans of the show have begun pointing out how this planning method isn’t exactly air-tight.

They have also noticed how the guards in the shop seem to ignore the Handmaids speaking in private at the back of the shop – which is against the rules.

One Reddit user, FiveMinFreedom, recently posted on the site that the guards do nothing even though they see “the same three handmaids always going to the same freezers in the back and stand there for two minutes with their backs turned and taking no items”.

Although this technique of trading items and secrets has worked for them a few times until now, the Handmaids will certainly have to change things up following Ofmatthew’s rampage with a gun. 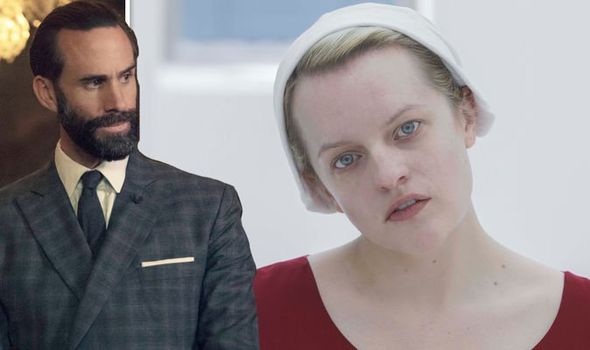 However, other fans of the show have defended the supposed plot hole, as they claim the red outfits help the Handmaids blend in with their environment.

Another Reddit-user wrote: “I think the identical red dresses and face-obscuring bonnets are working in the Handmaids’ favour for these scenes.

“It’s almost impossible to tell which woman is which with those big white wings blocking out their faces.

“I don’t think the guards aren’t actually seeing the same three Handmaids going to the freezer, because they can’t tell who the women are to begin with.”

With so many of the Handmaids swarming the grocery store at once, June may yet be safe working out her plan to pull down Gilead from the inside – for now. 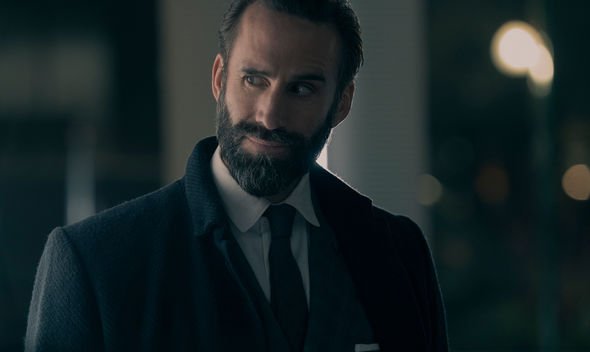 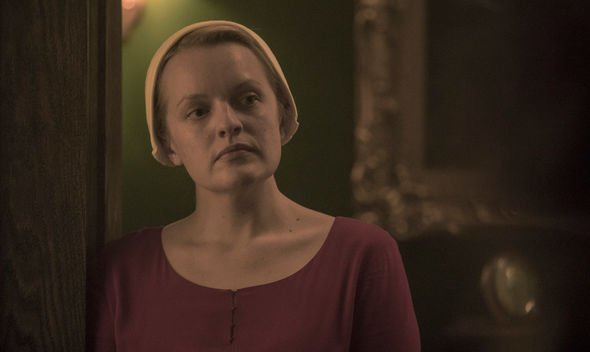 After Serena got on quite well with Mark, and he slipped her secret phone, viewers have been theorising on Reddit.

They also went on to theorise she may even have a baby with him, as it has been hinted that Fred is unable to conceive children.

One fan then went on to add: “At this point she literally has no reason to go back to Gilead because she gained what she had wanted for her entire life.”

The Handmaid’s Tale season 3 airs weekly on Hulu on Wednesdays and airs on Channel 4 in the UK every Sunday at 9pm.