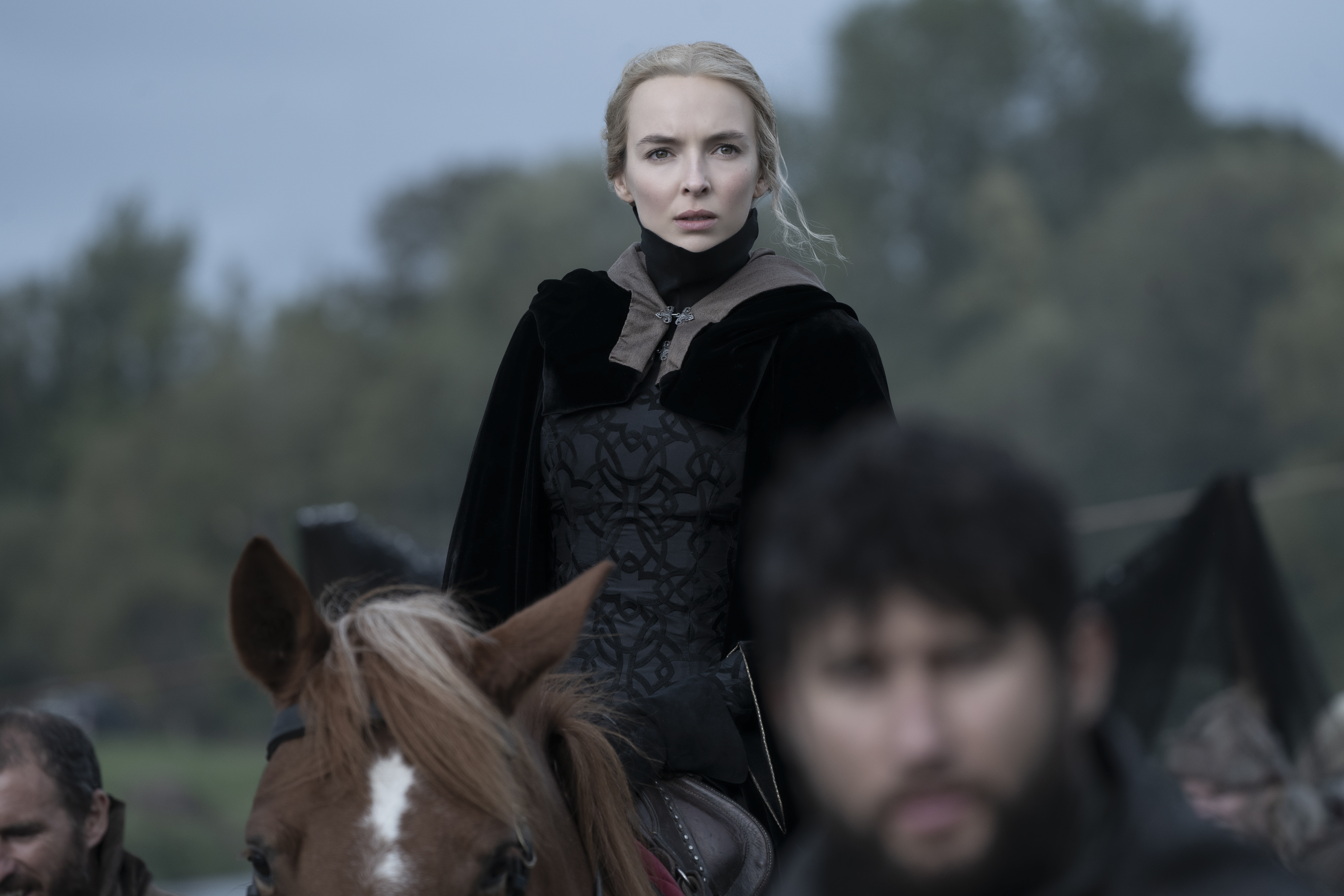 Ridley Scott is back with his latest historic and slightly horrific blockbuster, which hinges heavily on the talents of its starry cast, including Matt Damon, Ben Affleck, Adam Driver and Jodie Comer.

However, fans hoping for a medieval Gladiator will be disappointed.

Although many of the same ingredients are in there – mud, miserable weather, stirring music, battlefields, rape and a climactic combat scene – The Last Duel is a bloated, slightly uneven film that sometimes buries its main plot in unnecessary sword-measuring among its male cast. Obviously, some of this is necessary to give the context of the time and the fact that, as is rather unsubtly pointed out to provoke modern outrage, rape is not considered a crime against a woman but a crime against a man and his property in 1386.

Based on the 2004 book by Eric Jager, The Last Duel covers the true events of the last officially recognised judicial duel fought in France, when the knight Jean de Carrouges (Damon) challenged the squire Jacques Le Gris (Driver) to a duel after his wife Marguerite (Comer) accused Jacques of rape.

Jean appeals to King Charles VI (Alex Lawther) for the duel after falling foul of the friendship between Jacques and the frivolous Count Pierre d’Alençon (Affleck), who favours Jacques with a captaincy originally destined for Jean and a parcel of land intended to be part of Marguerite’s dowry.

The Last Duel is very much a ‘he said, she said’ for 14th century France, and quite clunky but welcome in its drawing attention to modern parallels. The film touches on relevant topics including consent and how women have been conditioned to treat men politely to prevent unpleasant outcomes (here, as today, there’s a comment about a smile).

The film shows the story from three sides, Jean’s, Jacques’ and Marguerite’s, which makes for an overly long affair (142 minutes) that takes its sweet time, particularly in the first hour. However, it does offer especially good character insight in its third section, written by Nicole Holofcener. Here is where a more realistic portrait of Jean and Marguerite and their relationship is offered, but it’s a taxing wait for this eventual pay-off. The other two chapters are written by Affleck and Damon, in their first co-writing credit since 1997’s Good Will Hunting.

Comer is obviously great as Marguerite, but it’s a shame she’s kept buttoned up until the third act, which is when the film truly allows her to shine. The others are dependably good too, with Damon turning the nice guy act on its head, and Driver giving shades of Alan Rickman’s Sheriff of Nottingham in his all-black outfits and sweeping mane of hair, as he chases women around the room (although rather more sinisterly so).

On the topic of hair, Driver gets off extremely lightly with his standard collar-length ‘do while Damon sports a grizzly mullet and Affleck a bleached crop and chin beard, none of which become any less distracting as the film goes on.

Alex Lawther also got the OTT memo for his portrayal of Charles VI, a monarch clearly at turns both entertained and bored by the squabbles of his squires and nobles, and rather gleeful at prospect of bloodshed. Characters like this are certainly appreciated as a mood lifter in what would otherwise be an unrelentingly grim film.

There’s also some (unintentional) fun to be had in trying to work out what accent it is everyone is offering, as the cast seem to agree on speaking in a lightly Americanised English accent, despite the fact they are, of course, all French. This is particularly jarring coming out of the mouth of the otherwise magnificent Dame Harriet Walter, who plays Jean’s sour mother, Nicole de Buchard.

The subject matter of The Last Duel doesn’t necessarily lend itself to repeat viewings, as essentially a medieval #MeToo film, but the cast certainly lifts things and fans of Ridley Scott’s harsh histories will find things to admire. The film is stuck between being too heavy handed to be showered in awards and admiration, but also not trashy enough to be inadvertently entertaining or tongue in cheek enough to be a fun-filled romp. It offers moments of each but ultimately doesn’t dazzle in any.

The Last Duel is released in cinemas on Friday October 15.