CinemaCon 2021: ”Have we met before?“ Trinity asks the man formerly known as The One in trailer screened in Las Vegas 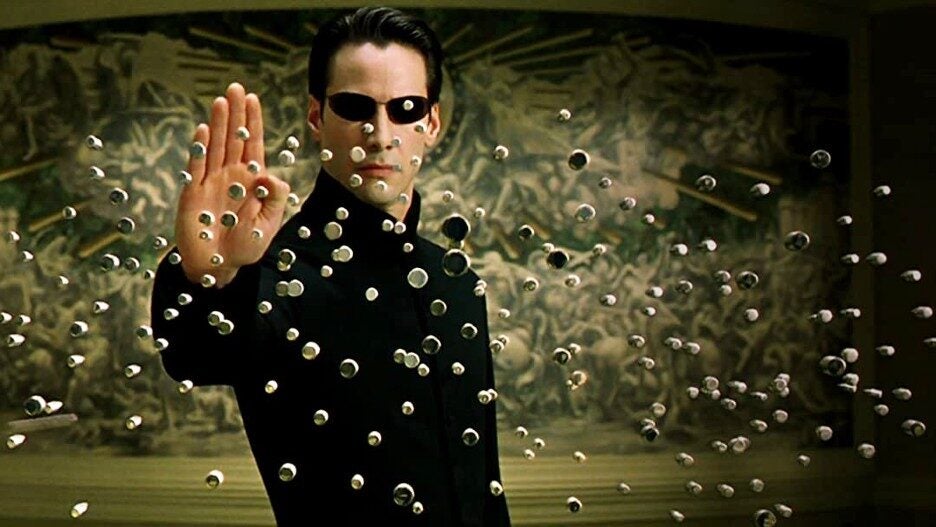 Attendees at CinemaCon got the first glimpse of the trailer for the next “Matrix” movie, which has had its title confirmed as “The Matrix Resurrections” and will be released this December.

The trailer, set to Jefferson Airplane’s “White Rabbit,” sees Neo (Keanu Reeves) in therapy — his therapist is played by Neil Patrick Harris, by the way — discussing strange memories he’s been having in dreams. Those memories, of course, are of his past as The One, the savior of Zion who liberated humans from The Matrix at the cost of his own life. How he has returned to life without memories of the one he lived before is not yet clear.

On top of that, he reunites with the love of his life, Trinity (Carrie Anne Moss). But while their first meeting was in an undergroud club blaring Rob Zombie over the speakers, this reunion is in a brightly lit cafe during the day. But Trinity also notices something strange, asking, “Have we met before?”

And soon, history repeats itself, as a mysterious man in black offers Neo the choice between a red and a blue pill and the chance to discover the truth. But this man is not Morpheus, and it’s unclear whether humans have truly been liberated from the machines or if the world has returned to the chaos that The One and the people of Zion hoped to be free from.