Matt, 41, was joined by Angellica Bell, 43, to present The One Show tonight, with former EastEnders actress Bonnie, 55, and First Dates star Fred Sirieix, 47, appearing as guests.

Bonnie was the first to be interviewed this evening on the BBC programme, talking about her recent and upcoming theatre stints.

In fact, Bonnie told the presenters she was due to appear at The Savoy Theatre tonight straight after the show to perform in Dolly Parton’s musical, 9 to 5.

After speaking with Bonnie, Fred had to interrupt Matt and Angellica as he arrived in the studio with a helmet as a motorbike was waiting outside to help the actress make her swift exit.

“Terribly sorry, but Bonnie’s got to go to the theatre now,” Fred said, with Matt getting to his feet to help Bonnie put her helmet on.

With a microphone in hand, Matt assisted Fred with Bonnie telling the latter: “Fred, put it on my head. I feel like the Queen.

“I feel like a Dalek in Doctor Who again,” the former EastEnders star remarked.

As Matt took over from Fred to ensure the helmet was secure, the presenter quipped: “This is not for tele, this is for real,” as the studio descended into chaos.

Matt then left the main studio after and was seen walking Bonnie to the motorbike waiting outside the entrance to the BBC broadcasting house.

“This is actually properly happening. It’s madness,” Matt joked as Angellica and Fred began their own discussion back at the sofas. 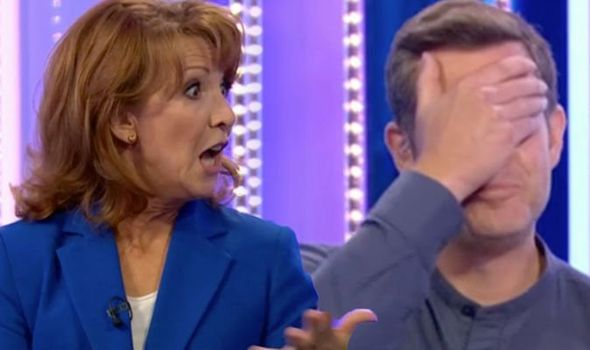 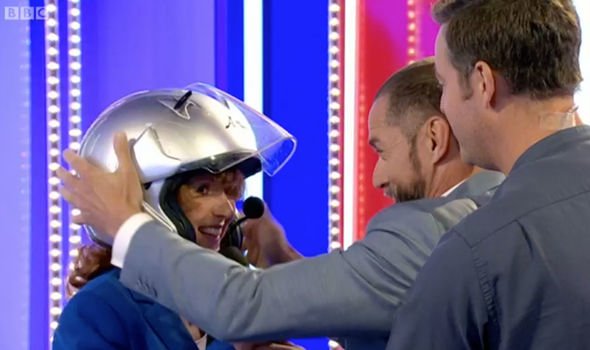 “Thank you so much to Bonnie for coming,” Angellica said, adding: “Look at Matt. Matt is a right gentleman,” as her co-host was seen helping the actress put her jacket on.

After briefly speaking with Fred about his work, Angellica went back to an update on Bonnie’s exit from the show.

With the camera back on the actress in her motorbike get up, Angellica stated: “I think Bonnie’s ready to go. Is she off?”

Fred told Angellica: “She’s never been on a bike before. It’s her first time.

Bonnie was then seen being driven off with Matt making his way back to join Angellica and Fred so they could continue with the rest of the show. 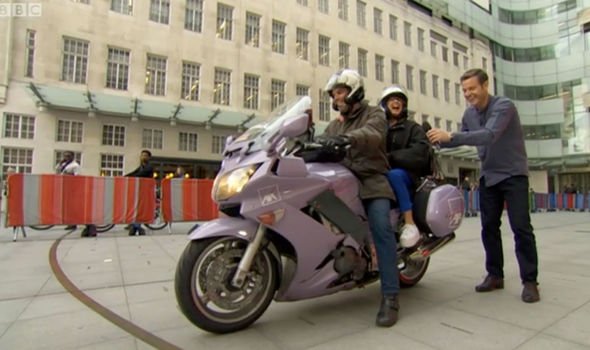 On Friday’s edition of the show, Matt’s replacement for the night Amol Rajan, 36, was also cut off by a guest.

Amol and co-host Michelle Ackerley, 35, were joined by Gabby Logan, 46, Peter Crouch, 38, and John Bishop, 52, to discuss their new sports show, Back of the Net.

The series is streamed on Amazon Prime, but Amol plugged a BBC sport show, ending the interviewing by saying: “And don’t forget our very own Football Focus is on tomorrow lunchtime on BBC One.”

John interrupted the host, adding: “Woah woah woah you’ve just massively oversold us there. You’ve just gone ‘you can watch theirs or watch ours’.”

Amor replied: “Hang on a second. It’s not an either or, mate. It’s not a competition.”