The beloved characters from The Office are widely available in Funko Pop form, but one character has a figurine unlike any other. Find out which star of The Office is the only one with a Funko Pop featuring partial nudity. We also have the actor’s thoughts on being the only character in the Funko universe to have such a unique Pop.

‘Meredith, your boob is out’

The Office Season 5 episode “Casual Friday” is famous for a few reasons. First, the episode begins with one of the show’s most famous cold opens. Kevin Malone (Brian Baumgartner) arrives at the office early hoisting a giant pot of his famous chili. Kevin accidentally spills the chili everywhere and scrambles to clean it up with surrounding office supplies as he narrates the recipe.

Later in the episode, we see Dunder Mifflin employees in their casual Friday garb. Most of the Scranton branch shows up in jeans and t-shirts, except for Angela Martin (Angela Kinsey), who complains about having to look at Oscar Martinez’s (Oscar Nuñez) feet, as he’s wearing sandals.

Meredith Palmer (Kate Flannery) shows up in an entirely inappropriate outfit for work. Her colleagues are repulsed by her way-too-short dress. To make matters worse, Meredith isn’t wearing any underwear or a bra. When Toby Flenderson (Paul Lieberstein) asks to speak with her privately, Meredith defends her outfit choice. 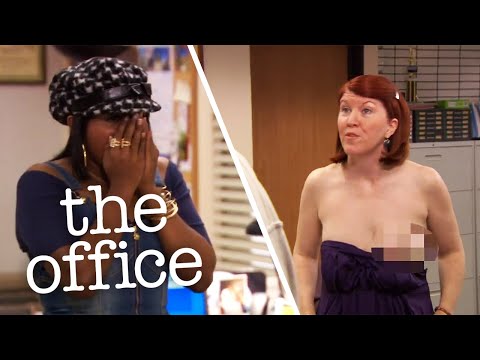 “What’s wrong with my outfit?” she asks. “You might consider pulling it down a touch,” Toby suggests. “It’s running up a little high.”

“Meredith, your boob is out,” Oscar says as the rest of the office gasps. “Fine,” Meredith replies, pulling up to expose her lack of underwear.

In an interview Funko shared to TikTok, Flannery learns her Pop is the only one with pixelated nudity. “I feel extremely honored,” the actor said of her title. “My parents are so relieved The Office is not on HBO, because [then the scene] wouldn’t be pixelated.”

Funko offers more than 70 characters from ‘The Office’

According to Hero Habit, over 70 Office Funko Pops are available, including Meredith and her pixelated boob. From Michael Scott to Jim Halpert, Dwight Schrute, and more, fans can find Pops of almost every Dunder Mifflin employee.

In addition, there are multiple versions of certain characters, including a Pop for Michael Scott’s “Prison Mike” and Pam Beesly with her teapot from the Christmas Party. Dwight Schrute has several versions of Funko Pops, including “Recyclops,” “Hay King,” and the “Scranton Strangler.” 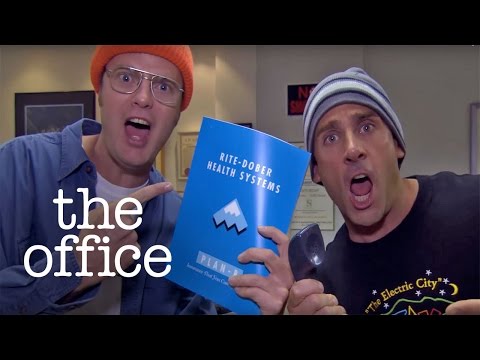 Some Office Funko Pops come in sets, like “The Scranton Boys” two-pack. Another two-pack is aptly titled “Toby vs. Michael” and features a Toby Flenderson Pop with a Michael Scott figure.

Stream “Casual Day” and more episodes of The Office on Peacock.