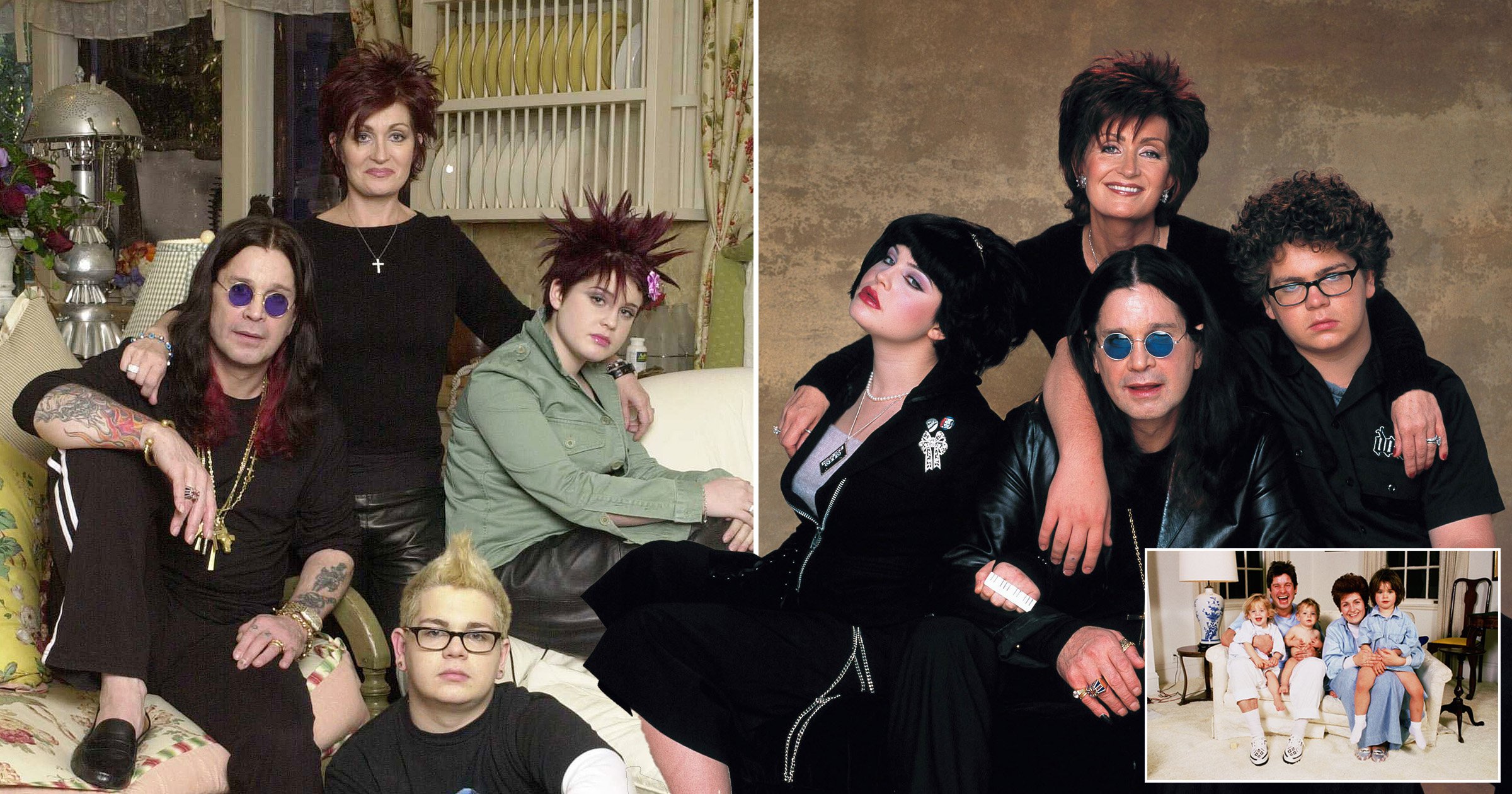 The Osbournes quickly became one of the world’s most beloved families when their show premiered back in 2002. Here are some of Metro.co.uk’s favourite ever moments from the MTV series, 20 years on.

Back in the noughties, way before Kris Jenner ever brought the Kardashian family to screen, Sharon Osbourne asserted herself as the original momager in the world of showbiz.

She was joined by husband rock legend Ozzy Osbourne, and their three children – Jack, Kelly and Aimee (who didn’t want to appear on-screen) out in the States.

The Osbournes was the first show of its kind to ever win a Primetime Emmy, besting the Ben Affleck and Matt Damon-produced HBO docuseries Project Greenlight, among others, for Outstanding Non-Fiction Program (Reality) in 2002.

its first season was cited as the most-viewed series ever on MTV, so it’s only right we pay it homage on this special anniversary.

Here are some unforgettable moments from the show, from the outright bizarre to the heartwarming, too.

Immediately cementing itself as one of the show’s best bits ever, Sharon went to desperate measures after the family were driven made by their noisy folk-singing neighbours.

While Jack tried to deal with it (very badly) himself, by playing out loud death metal music, the former X Factor judge thought the best way to get her own back was by sending them what can only be described as a very alternative gift.

Yes, Sharon threw an actual ham over the fence, with the cops being called moments later – luckily just urging her not to waste good food next time.

One of the best feuds of the early 2000s has to be between Kelly and Christina Aguilera, with the two constantly at loggerheads.

The MTV awards in Europe, during the show she had Kelly’s face on a dartboard and was throwing darts at it and making comments about it.

Sharon called the popstar throwing darts at her daughter’s face ‘a bit much’ before Jack noted: ‘Well, Kelly did call her a c**t an awful lot of times.

‘Nothing wrong with that,’ the matriarch replied.

It’s not the only time their long-running beef caused problems after Jack had the audacity to dance with her nemesis in season two.

‘When you hate someone, I hate someone,’ she told him. ‘You just wanted to say that you danced with Christina Aguilera.’

Their incredible feud actually continued for years, with Christina buying their old house and selling it for a profit, before eventually making peace with Kelly.

Kelly’s tattoo from ‘some guy’

When Kelly ended up sneakily getting a tattoo, Ozzy predictably hit the roof.

He quickly calmed down when he found out it was just a small heart on her hip small, but rang Sharon at the salon and have Kelly tell share the news herself, whilst having her hair washed.

‘Actually, to be honest with you, it’s not that bad… it’s not like a big f**king thing,’ Ozzy promised.

Ozzy vs the TV remote (and all of technology)

Ozzy landed himself in a bit of trouble with a TV remote after getting stuck on the weather channel, and couldn’t quite work out how to flip to another channel.

After being shown how to work their new high-tech systems by a TV engineer, he was clearly struggling to get a grasp on how to use it all properly.

‘I’m a simple man,’ he reminded viewers. ‘You’ve got to have computer knowledge to turn the TV on and off. I’m pressing one button and the shower starts. What is this?’

We don’t know either, but we’ve all been there.

Of course, it was a raucous affair as she flew off to Vegas with friends and family in a private jet for a weekend of shenanigans.

But she also spent a lot of time moaning about her brother Jack ruining it, reminding anyone who would listen: ‘It’s my birthday!’

A pretty dazed Ozzy came out of his bedroom after being met with a very unwelcome surprise, leading to an excellent putdown from Sharon.

‘Someone’s been in my room and taken my beers away from my room!’ he proclaimed.

‘I don’t think so darling. Who could do that? Who could possibly do that?’ Sharon asked, leaving him pretty stumped.

Kelly moans to her dad that older sister Aimee is trying to wade in on her life, by booking her an appointment with a gynaecologist, as well as a dentist and sorting out her new car.

‘My teeth, my car, my vagina, my business,’ Kelly angrily told Ozzy.

Ozzy was on hand with some hilarious advice, telling his daughter: ‘All you have to do is say ‘F**k off’ when the vagina doctor calls.’

But he quickly becomes suspicious, asking: ‘You haven’t been playing doctors and nurses have you?’

One of our favourite ever Ozzy moments was him completely going off on his wife after she planned to use bubbles as a special effect during one of his concerts, prompting a classic response from the Brummie rocker.

He had a point, to be fair.

A purely heartwarming moment during the series saw fans able to witness Sharon beating the colon cancer that she had been diagnosed with, in 2002.

She took viewers with her on trips to the doctors, as well as having the cameras following her into hospital for surgery, which she was hugely praised for at the time.

Luckily, she managed to beat her diagnosis and used her profile to raise further awareness of colon cancer, joining with the American Cancer Society to convey the message: ‘Make your bottom a top priority.’

We suggest watching on repeat for a while if you need cheering up.