Many fans of The Vampire Diaries were upset when they learned that Nina Dobrev was exiting the show following the sixth season. Dobrev, who played Elena and her doppelgangers, was the main star of the series. So the news of her leaving came as a shock to many. And following the actor’s final episode as a series regular, she explained why she felt the need to depart The Vampire Diaries.

A month before the finale of The Vampire Diaries Season 6, Nina Dobrev notified the world of her exit in an Instagram post. Her caption was rather lengthy, but it summed up her feelings about her departure.

“I’ve just spent the most beautiful weekend on Lake Lanier in Georgia with my own TVD Family, the cast and crew of The Vampire Diaries,” Dobrev wrote. “I want to be the first to tell you that it wasn’t just a holiday celebration, it was a goodbye party. I always knew I wanted Elena’s story to be a six season adventure, and within those six years, I got the journey of a lifetime.”

She added, “There’s more to come before we wrap this up, and I promise you’ll get to hear all about my experiences … as we approach the season finale … but until then I invite you to hop on the roller coaster ride that is Elena Gilbert’s life and join me as I celebrate her and prepare to say goodbye to her — and to my work family — as I move on to the next chapter of my life. I want to share this goodbye with all of you.” 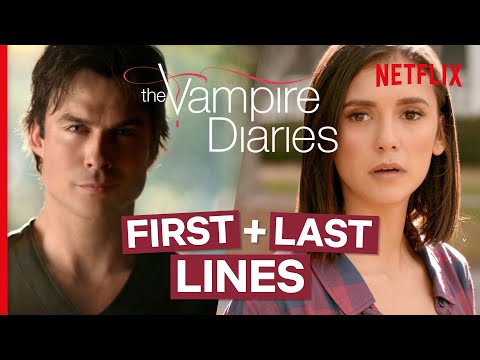 Nina Dobrev explained why she left ‘The Vampire Diaries’

During an interview with The Hollywood Reporter, Nina Dobrev further explained her decision to leave The Vampire Diaries.

“It wasn’t one specific moment I knew,” the actor revealed. “I just knew I wanted to go on this journey with these characters and their lives … it’s a vampire show. It’s been a great journey, but at the end of the day, I’m not actually a vampire. The fairy tale has to end, and the next chapter has to begin. I knew this was my time, and I’m excited for the next step.”

She continued, “I am very sad that I’m not going to get to spend every day with my favorite people in the world, but that’s why we have FaceTime and phone calls. Friendships are like vampires: They’ll last forever if they’re real.”

It sounds like Nina Dobrev was ready to move on from playing a vampire in The Vampire Diaries and explore other roles.

The actor reflected on her final days on the set

While speaking with The Hollywood Reporter, Nina Dobrev described her last day on the set of The Vampire Diaries.

“My last scene was with Ian Somerhalder,” she shared. “And we were shooting a scene I can’t talk about outside that was very beautiful. I’m in a gown, we’re outside somewhere, and the last shot, a camera operator came up and said there was something in my hair, was trying to help me, and then he pulled me into a bear hug so I couldn’t escape, while the entire crew got a cake and whipped cream and dumped it all over my body. And they filmed it.”

Dobrev continued, “It was amazing. I couldn’t have been happier for that to be my sendoff. I knew something was coming, I could feel it in my bones. I’m a prankster, I would cake people on set all the time, but no one ever got me. And they got me good this time. If they hadn’t done something like that on my last scene, I would have been really disappointed.”

All eight seasons of The Vampire Diaries are available to stream on Netflix.