The final season of Vampire Diaries is here

Nina Dobrev was the main character in The Vampire Diaries before her exit from the supernatural drama. She played Elena Gilbert in the teenage series, who found herself caught in a love triangle with two vampire brothers. Here’s what the actor revealed about why she left the show before it came to an end.

Why did Nina Dobrev leave The Vampire Diaries?

UK viewers can now binge-watch The Vampire Diaries after the whole series was added to Netflix.

However, leading star Dobrev wasn’t part of the show for all of these outings.

Fans will remember how she played Elena, a high-school student dealing with the loss of her parents in a tragic accident. 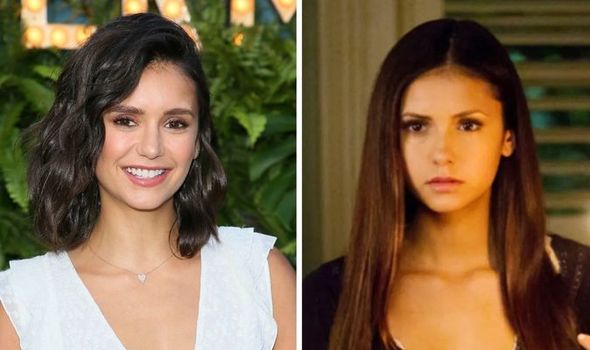 She soon fell in love with Stefan Salvatore (Paul Wesley) but they had to deal with his unruly brother Damon Salvatore (Ian Somerhalder) who soon developed feelings for Elena as well.

Throughout the seasons, viewers followed her and her friends as they navigated romance with several supernatural threats.

Dobrev actually also played several other characters on the show because Elena was a doppelganger.

Therefore, it was particularly shocking when she decided not to return for season seven. 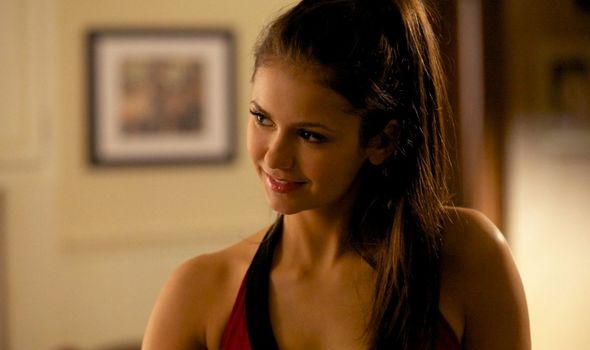 At the time, the actor posted a lengthy post on her Instagram page, detailing her decision to leave.

She explained: “I always knew I wanted Elena’s story to be a six-season adventure, and within those six years I got the journey of a lifetime.

“I got kidnapped, killed, resurrected, tortured, cursed, body-snatched, was dead and undead, and there’s still so much more to come before the season finale in May.

“Elena fell in love not once, but twice, with two epic soulmates, and I myself made some of the best friends I’ll ever know and built an extended family I will love forever.” She also gave more context about her exit in an interview with Self Magazine.

Dobrev said: “I feel like I’m a completely different person than I was and I’ve grown so much.

“I’ve loved working on this show. It’s been such a crazy, awesome adventure, and I’ve been surrounded by so many people who I consider family.

“I know this is a new exciting step in the right direction for me, but it’s going to be so strange not to be with them.”

This meant she would only be able to wake up when Bonnie died. 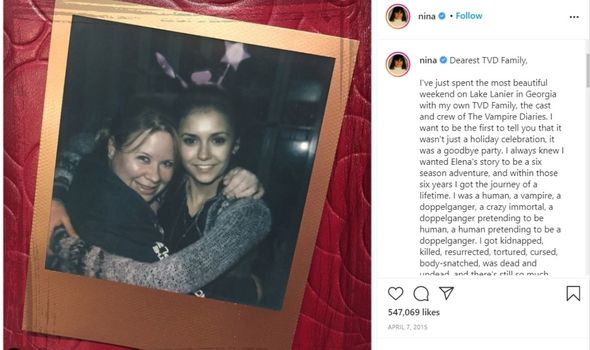 Throughout the seventh and eighth season, she remained locked up inside the Salvatore tomb before being moved to a warehouse in Brooklyn, New York.

However, viewers were able to say one final goodbye to Elena in the series finale.

She returned to bid farewell and wrap up her character’s arc in the final episode of the show.

As viewers will remember, she woke up from her coma and reunited with Damon.

The Vampire Diaries is available to stream on Netflix.