The Walking Dead has maintained a tense season so far this year. With tensions rising, Michonne (played by Danai Gurira) and Daryl Dixon (Norman Reedus) certainly have their work cut out for them, as they are supposed to be looking after the rest of their community, and, crucially, keep them same from the Whisperers.

Fans will know Michonne will be making her exit from the show at some point this season.

It has not yet been revealed exactly how Michonne will be making her exit, however, leaving viewers to wonder if she will survive the upcoming episodes.

Other prevailing theories suggest she may find a clue which points her towards the currently missing Rick Grimes (Andrew Lincoln).

The theory goes that this discovery would, in turn, send her on a journey that would put her into Rick’s upcoming movies.

READ MORE: The Walking Dead season 10: Is anybody from the series pilot still alive in TWD? 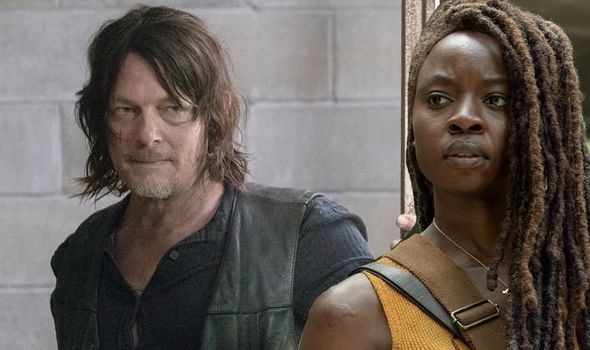 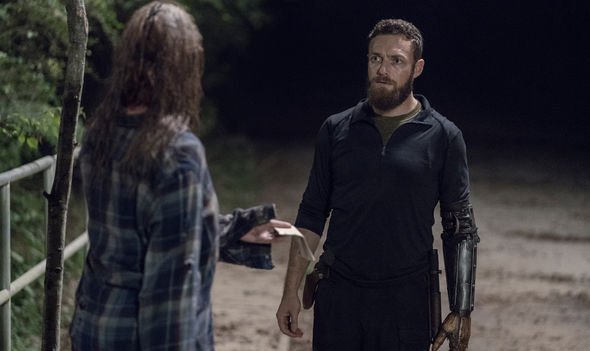 However, as none of this has been confirmed just, viewers can only speculate what is going to happen next – but one thing is for sure: Michonne will leave a huge gap in Alexandria’s system.

Recently, Aaron star Ross Marquand spoke to TooFab about what Michonne’s exit is going to do to the character emotionally.

He even went on to suggest Aaron would be taking over from Michonne’s leadership role.

Ross said: “I think that’s going to make him step into it more. That void is going to instil in him a sense of duty, even more-so than she already has. 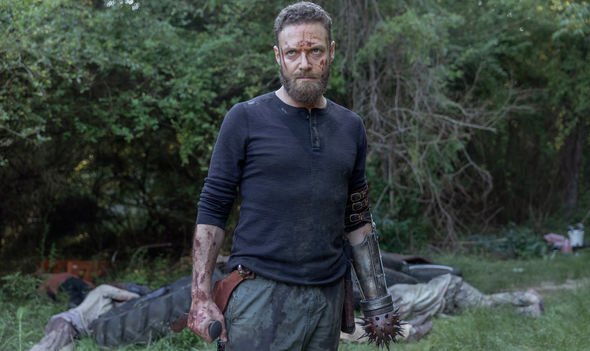 “I think his goal, especially in the wake of everything that we’ve seen so far with the satellite, and now we’ve got a pending threat from the Whisperers, he’s realising that the action is going to ramp up.

“He really needs to step into that role as the militia leader and be the military adviser that we need him to be.”

Ross went on to add: “He needs to really step up and be a character that not only advises but also leads troops into battle against this incredibly large horde that Alpha’s constructed.

“If I could boil it down to a word, I’d say much more proactive.”

Although Aaron’s decision to take on this new position in the society will most certainly be a welcome one, it could also put him in a lot of danger.

As a supposedly upcoming military leader, Aaron will almost certainly be in the front line of any upcoming battles.

And, considering Alpha (Samantha Morton) is already well-aware of who Aaron is, so she will be aiming to kill him.

Meanwhile, The Walking Dead series has reportedly been cancelled after its upcoming season 12.

The show has already been green-lit for season 11, and confirmation for season 12 is expected as well.

But recently website We Got This Covered claimed the show would see its end in season 12.

They wrote: “While nothing’s been decided on at the moment, sources close to We Got This Covered… say that the current thinking at AMC is to do two more seasons of The Walking Dead before bringing things to a close and focusing on the spinoffs.”

The Walking Dead season 10 continues Sunday on AMC and Monday on Fox UK.