The Pearsons have returned to NBC for their final chapter in This Is Us, which was the night’s highest-rated title of Tuesday primetime.

Returning for its sixth and final season, This Is Us earned a 1.0 rating the 18-49 demo and 5.26 million viewers, besting the other premieres of the night. Starring Mandy Moore, Milo Ventimiglia, Justin Hartley, Sterling K. Brown and Chrissy Metz, This Is Us rose from the Season 5 finale back in May 2021 (0.8, 5.07M), but failed to match the previous season opener in October 2020 (1.3, 7.07M). In true This Is Us premiere fashion, the first episode of the final season centered on the Big 3’s birthday. Read Deadline’s recap and Q&A with This Is Us creator Dan Fogelman here.

While This Is Us was the highest-rated program of the first Tuesday primetime of 2022, the latest episode of CBS’ FBI was the most-watched (0.7, 8.29M). FBI tied in demo rating with the series premiere of ABC’s Judge Steve Harvey (0.7, 4.92M). In the same hour, NBC’s American Auto made its official premiere (0.4, 2.36M), following its preview in December. Following behind the three titles was Gordon Ramsay’s Road Trip on Fox (0.3, 1.55M).

Wednesday keeps the primetime premieres going with new season debuts for CBS’ The Amazing Race and Good Sam and Fox’s I Can See Your Voice. 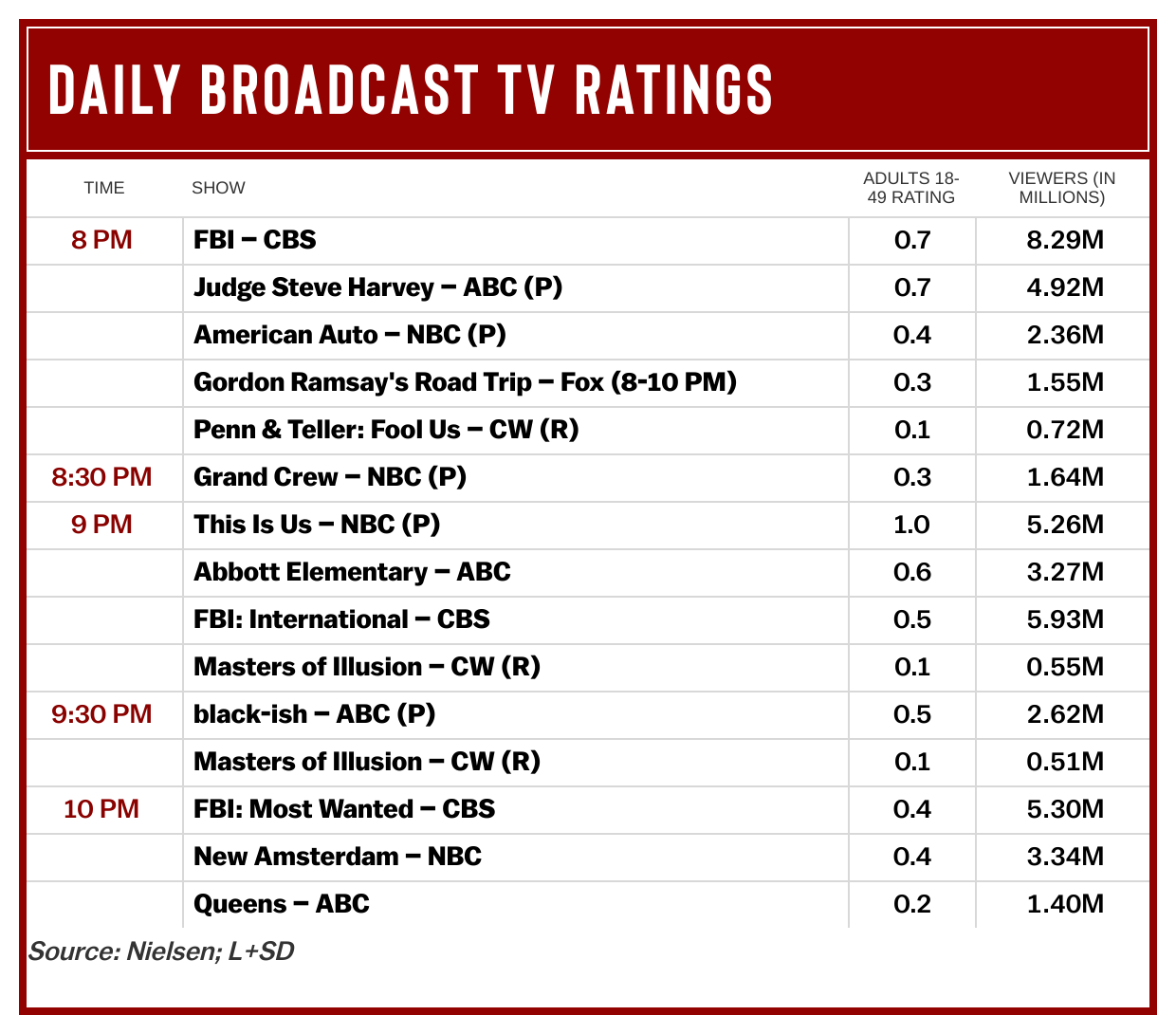