Dr Philippa had joined Phillip Schofield and Holly Willoughby on This Morning back in September to discuss her ongoing battle with stage two bowel cancer and announced she had surgery in the weeks to come to help remedy the disease. Today, Dr Phillipa made her return to the ITV show to share an update with Holly and Phil about how the surgery and recovery had gone, and left the pair and viewers delighted by revealing she was now, “for the first time in 18 months”, cancer-free.

The This Morning guest appeared on the show initially to discuss ADHD in adults and the symptoms to look out for when diagnosing the disorder.

However, before the informative segment kicked off, Holly was keen to here how Dr Philippa was after her year and a half ordeal with cancer.

Holly began: “With just 120,000 adult formally diagnosed, do you know the signs of ADHD? Dr Philippa joins us now,

“But before we even go anywhere near that, four weeks ago you joined us and you opened up about a very personal situation you were going through. 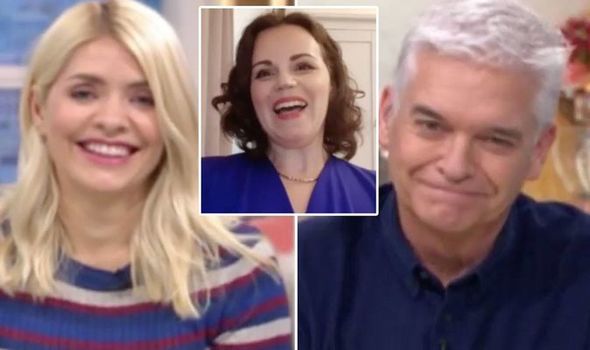 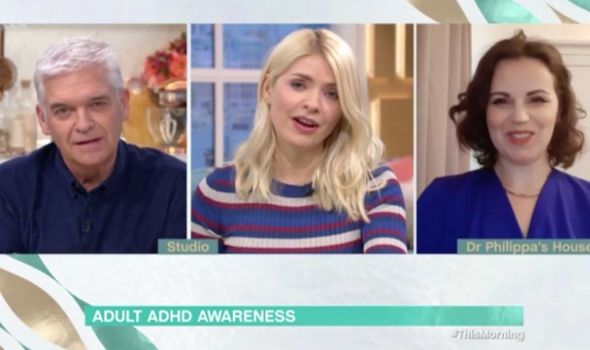 “You were just about to have some surgery, you had stage two bowel cancer.

“And this was a big surgery you were going in for, I know you’ve been at home recovering. How are you?”

Dr Philippa was in good spirits as she replied: “I am good, thank you.

“It was tough, I has 10 days in ICU (Intensive Care Unit), very long (and) difficult days and a further five days in hospital, 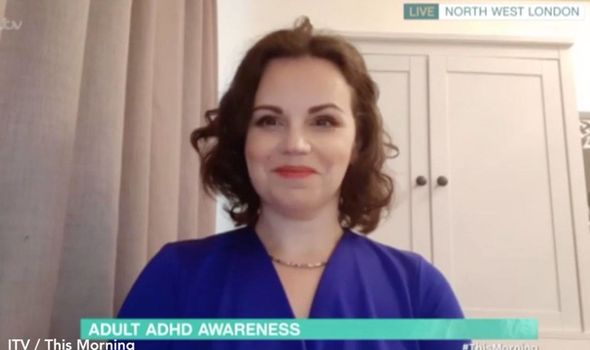 “But for the first time in nearly 18 months, I’m able to say that I am cancer-free.

“And that is huge,” she added as Holly applauded before continuing: “And I am hugely excited to be out of my day pyjamas to talk to you today.”

Holly congratulated her colleague as Phillip also extended kind words as he said: “Well, we are so thrilled, well done you.”

“You look amazing by the way,” Holly added to Dr Philippa.

She continued: “You don’t look like someone who’s just come out of ICU after 10 days, you look incredible, you really do.”

It didn’t take long for viewers at home to rejoice and congratulate the star on the news, with one saying on Twitter: “@thismorning Congratulations to Dr Philippa! Looks healthy & happy.”

“@thismorning it’s so good to see lovely Dr Philippa looking well. All good wishes to her,” said a second.

A third weighed in: “@thismorning congratulations to Dr Philippa who is now cancer free!! Fabulous news.”

With a fourth echoing: “Round of applause for Dr. Philippa for being cancer-free, ladies and gentlemen! #ThisMorning.”