THIS Morning viewers were left gobsmacked after pop star Anne-Marie appeared on the show wearing a rather unique outfit.

The Rockabye singer appeared on today’s show and spoke to Alison Hammond and Dermot O’Leary about all things music – but viewers were more distracted by what she was wearing. 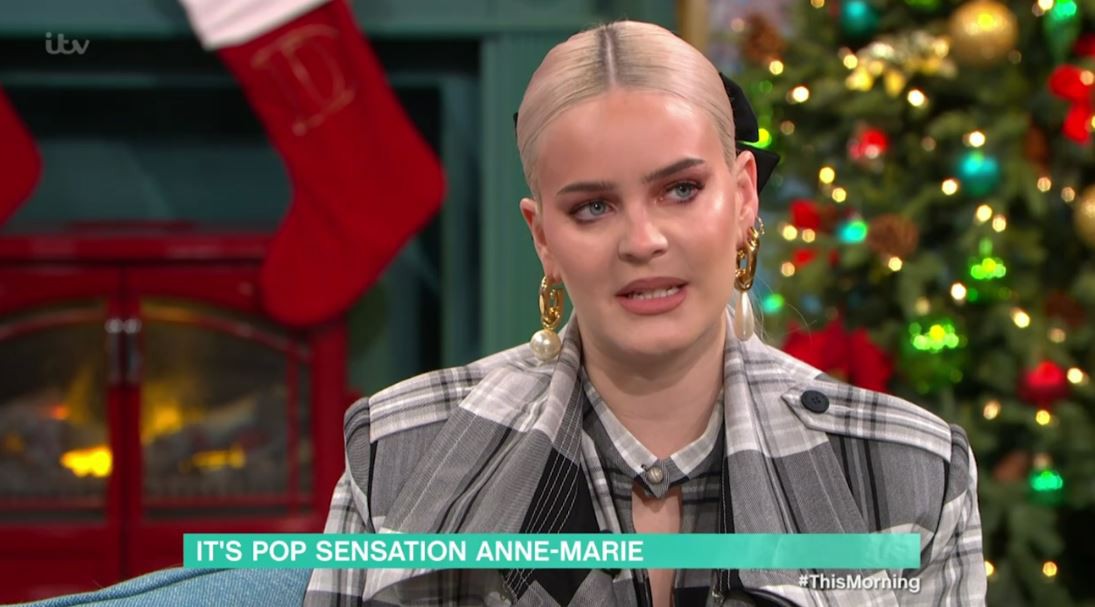 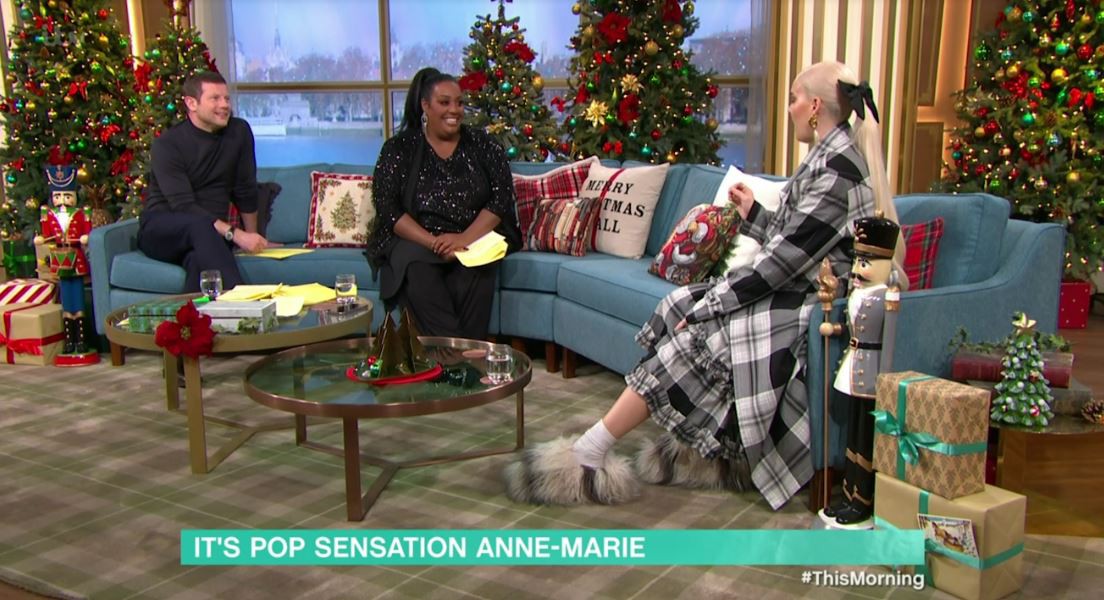 Sitting on the sofa, Anne-Marie told the presenters of her inspiration behind her new song Beautiful – inspired by a girl from Syria who lost her leg in a bomb attack.

In the raw interview, the 30-year-old said: “The message in the song is we’re beautiful the way we are.

"You know, I always love to have that message in songs – and I just thought it was just a perfect story to show.”

Moving on to lift the mood, Alison locked eyes with Anne-Marie's footwear as the singer spoke about getting blisters on the upcoming Strictly Come Dancing Christmas special.

Alison questioned: “Is that why you’re wearing those very comfortable shoes?”

An excitable Anne-Marie held up her fluffy slippers and screamed in delight.

“I’ve never seen something look so comfortable in all of my life – they’re beautiful," added Alison.

Anne-Marie replied: “Do you know what? When I wore these today, I knew there were gonna be so many comments, but I’m so happy wearing these shoes.”

And it seems Alison wasn’t the only one to notice her unique choice of footwear, with many viewers taking to Twitter to air their thoughts.

One person said: “Anne-Marie is rocking that tartan yeti feet look on This Morning and she looks incredible.”

Echoing their comments, someone else penned: “Only Anne-Marie could rock something on her feet that crazy and look so good in the process.”

A third viewer, however, wasn’t convinced and messaged the star directly: “Anne-Marie, honestly, what are those things on your feet? They’re ghastly.”

Earlier on in the show, viewers were left in hysterics after Alison left Dermot blushing with a very cheeky gag about his bulge. 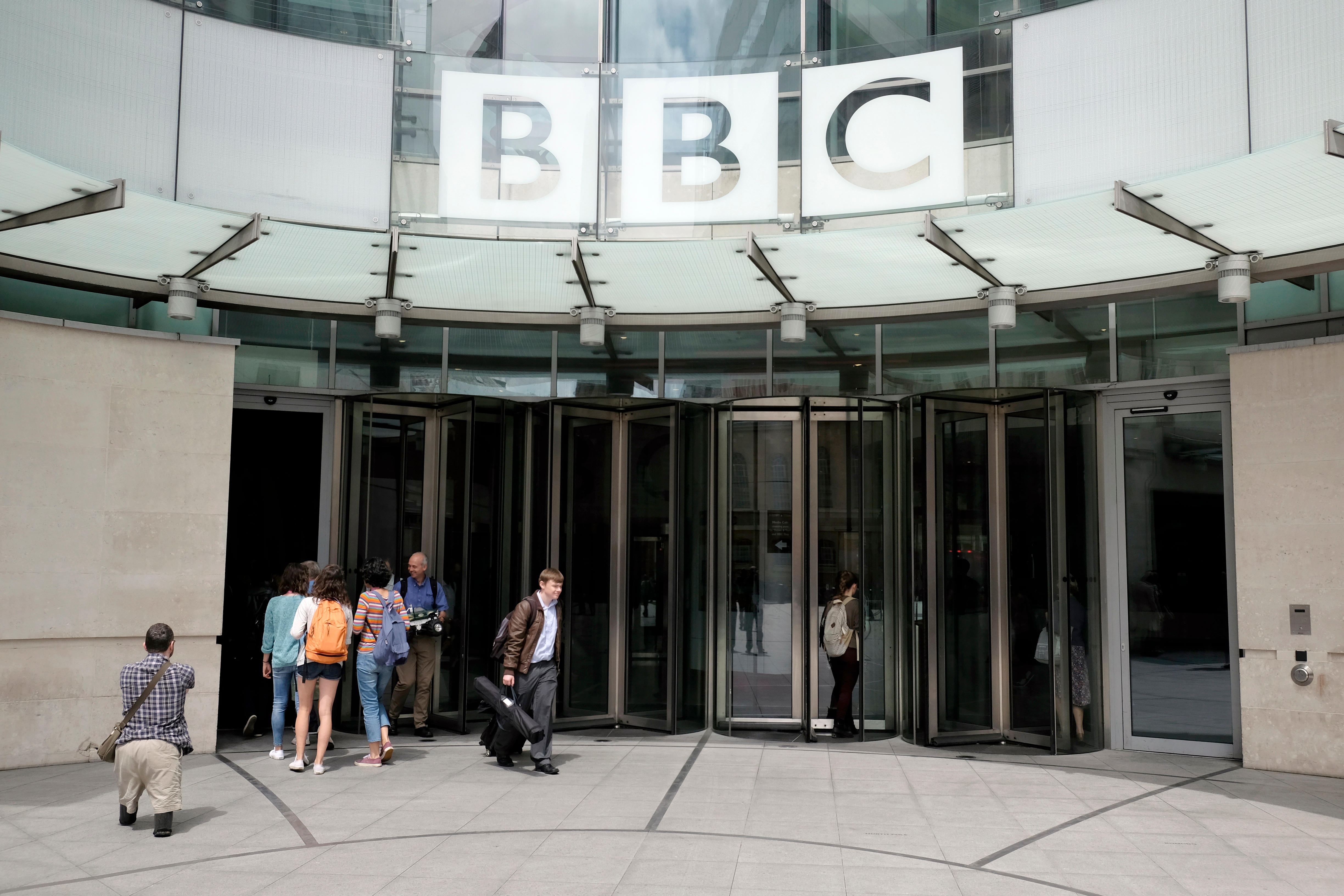 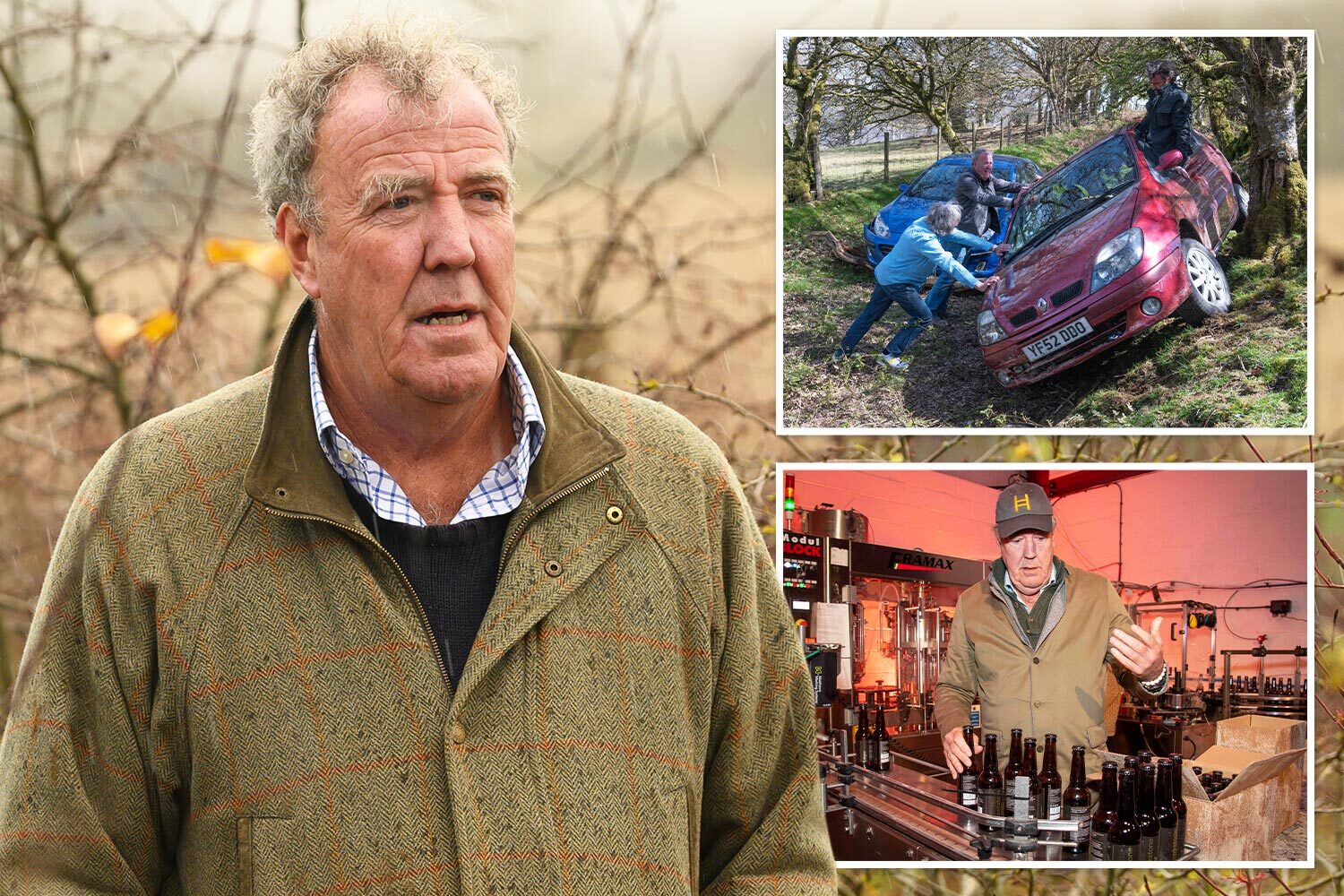 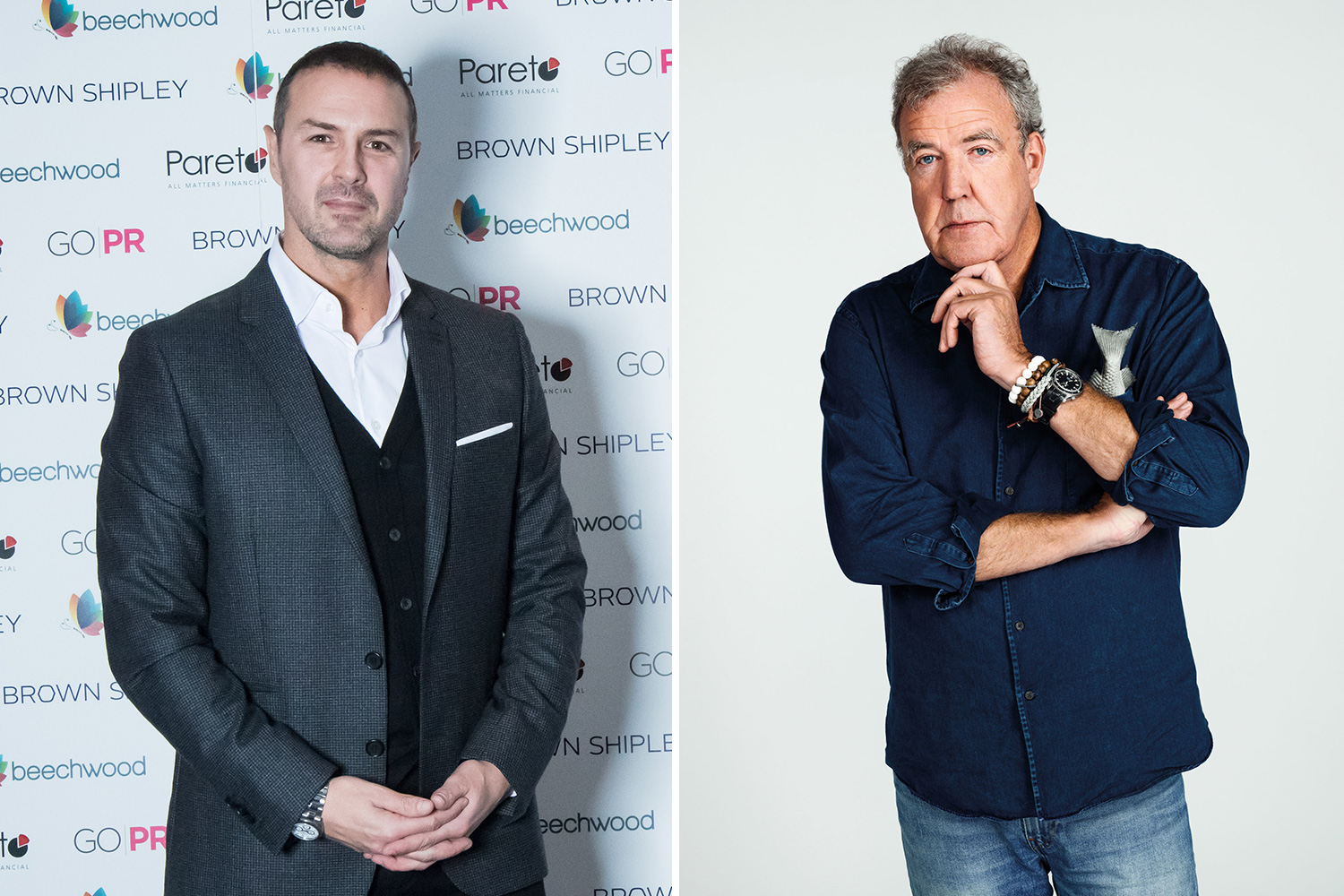 Jeremy Clarkson slams Paddy McGuinness, insisting 'I had no idea who he was' 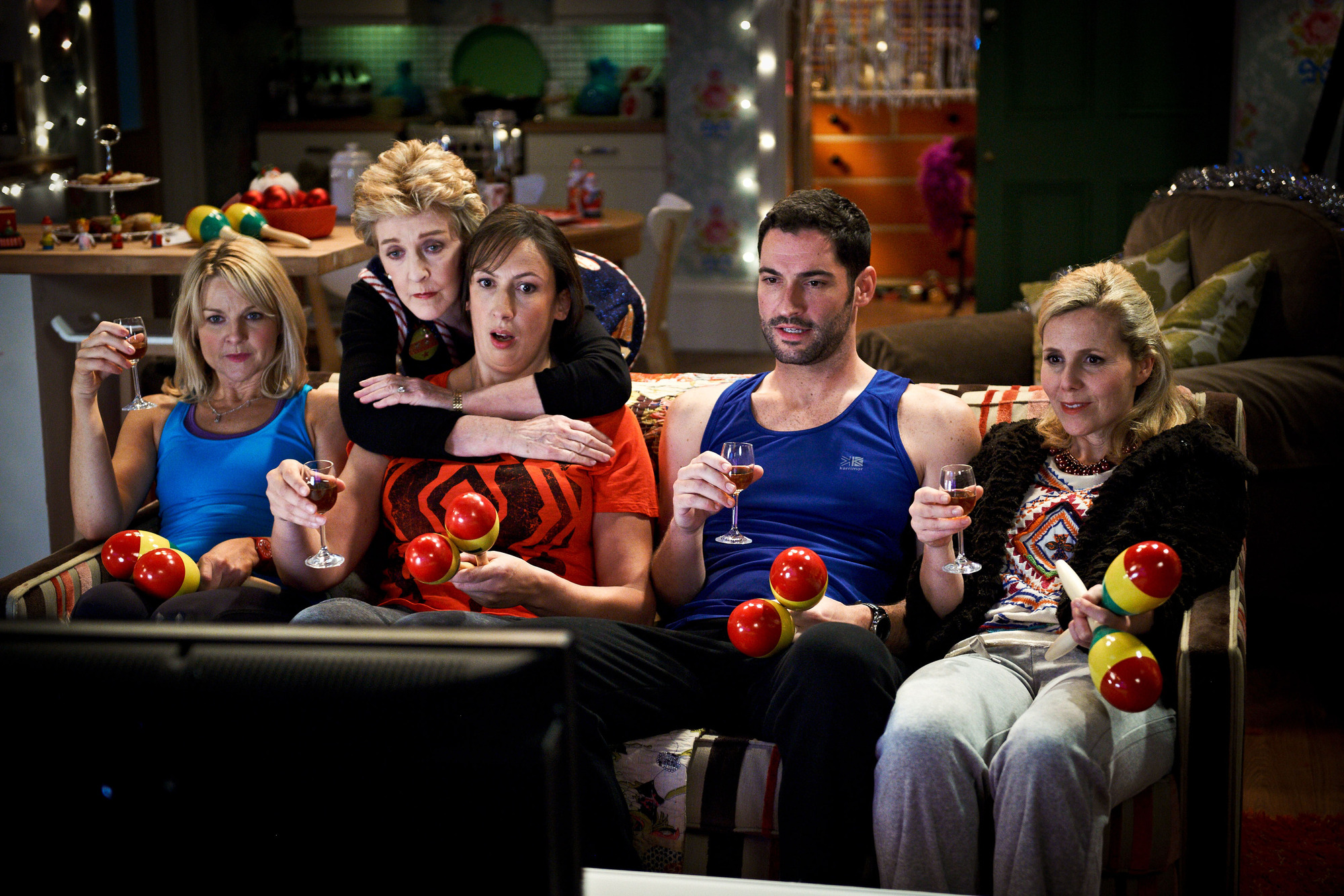 The pair exchanged gifts on the show – their last of 2021 – with Alison giving Dermot some boxer shorts.

The garment had Alison's face all over it and she joked as she handed them over: "They might not be big enough – according to, er… speculation."

Dermot then cheekily replied: "I need a size large." 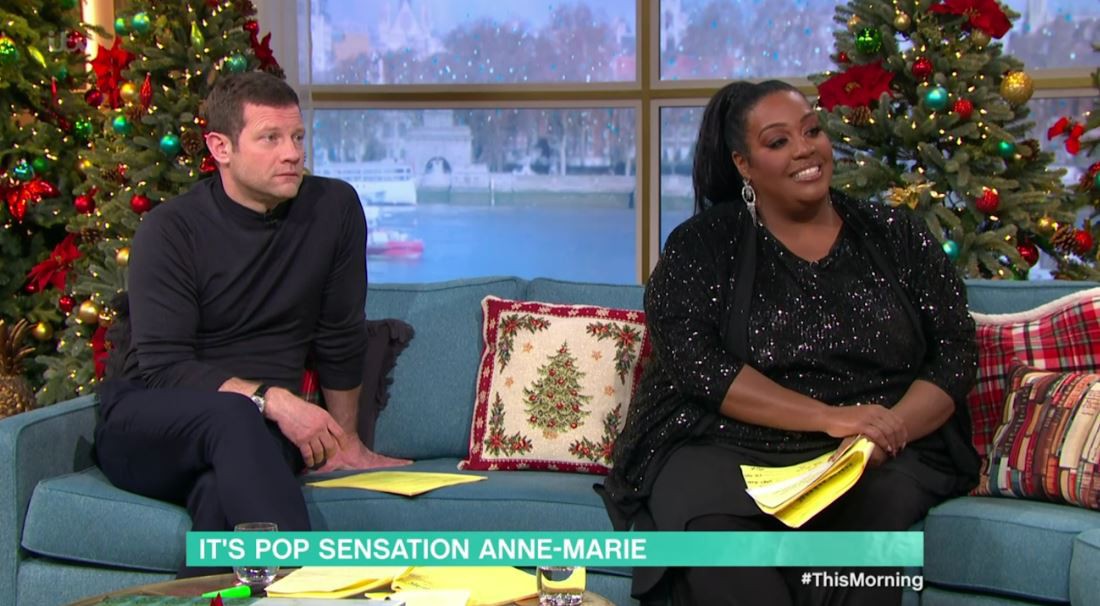