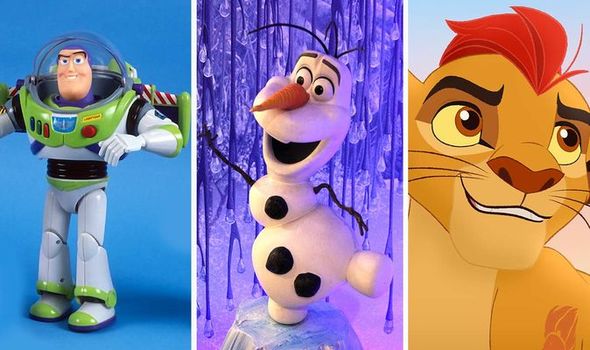 The computer-animated comedy, released in 1995 by Pixar, introduced Woody and Buzz Lightyear to the world and grabbed 41 percent of the vote. Close behind was the 2013 Disney musical Frozen, which clinched 36 percent.

In third place was the original 1994 version of Disney’s The Lion King, with music from Sir Elton John, with 31 percent.

The British parents surveyed were able to vote for more than one film.

And research by Compare The Market, which runs a Meerkat Movies two-for-one offer to lure customers, also found that 98 percent of mums and dads think that watching a film as a family brings them closer together.

However, nearly eight in 10 (78 percent) agree that seeing a film at the cinema is much more exciting than watching something at home.

Just over half (51 percent) say their whole family loves a trip to the flicks, while three in 10 admit going to the cinema during the school holidays can be a lifesaver when it comes to finding things for their children to do.

This half term almost a quarter of parents (23 percent) are definitely planning a trip to the movies with their little ones.

Films currently on the big screen include The Addams Family 2 and The Boss Baby: Family Business.

When it comes to enjoying the cinema together, 48 percent admit they enjoy having a shared experience and 42 percent are excited to go to see a film “through the eyes of their children”.

The research also reveals that parents look back at their own early cinema experiences with fond memories, with almost two-thirds (64 percent) remembering the first time they went.

A similar percentage said it felt like a very special treat, while 43 percent were excited to feel like a grown-up and 23 percent felt a connection to the parent or family member who took them.

And more than a third (37 percent) of parents find themselves watching family films now without their kids.

One in three (30 percent) say they’ll miss watching films with their children at the cinema once they’ve grown up, while a quarter admit it gives them a well-deserved break from parenting.

14. Beauty and the Beast