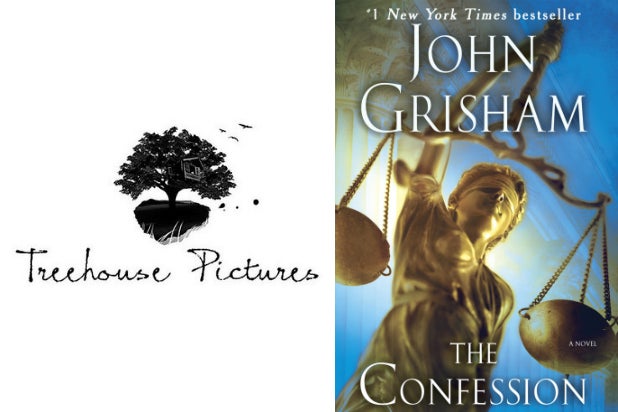 Treehouse Pictures, the production studio behind Netflix’s 2018 hit “Set it Up,” announced Wednesday that it has acquired rights to John Grisham’s New York Times best-selling novel “The Confession.”

Grisham’s novels have resulted in 10 theatrically-released feature films, including “The Firm,” “A Time to Kill” and “The Pelican Brief,” and they’ve grossed a collective $645.7 million at the domestic box office.

“The Confession” tells the fictional story of Donté Drumm, a young black man whose own forced confession put him on death row nine years ago for the rape and murder of a high school cheerleader, a crime he didn’t commit.

“With ‘The Confession,’ we saw a chance to create an edge-of-your-seat thriller about injustice and the value of life at a time when many of the themes are so relevant,” Treehouse Pictures President Justin Nappi said in a statement. “We are excited to find the right team to bring this novel to life. It’s a story that will stay with the viewer long after the credits roll.”

Treehouse’s acquisition of “The Confession” follows a recent trend of movies and series about the injustices of wrongfully accused people of color, predominantly black men. For example, the true-life stories of Ava DuVernay’s triumphant Netflix series “When They See Us” about the men behind the Central Park Five case, and Warner Bros.’ upcoming Jamie Foxx and Michael B. Jordan-led film “Just Mercy,” based on the criminal justice work of Bryan Stevenson.

Grisham’s “The Confession” sold 40 million copies when it was first published in 2010 by Doubleday. The novel plays as a race against the clock to exonerate Donté, who is four days from his execution, after Travis Boyette, who has just been paroled in Kansas for a different crime, walks into a priest’s office and confesses to the rape and murder from nine years earlier.

Travis, now suffering from an inoperable brain tumor, has to convince lawyers, judges, and politicians that they’re about to execute an innocent man.