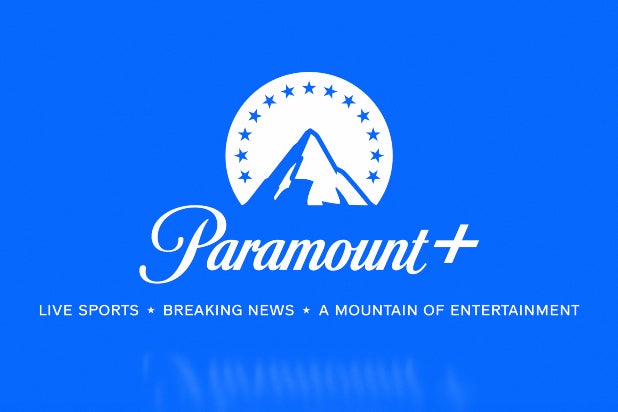 ViacomCBS is going through a major streaming shakeup — and we’re not just referring to CBS All Access rebranding as Paramount+.

For starters, Pluto TV CEO Tom Ryan will take on the role of president and CEO, ViacomCBS Streaming. He’ll oversee All Access/Paramount+ as well as Pluto TV.

Marc DeBevoise is stepping down as ViacomCBS chief digital officer and president and CEO of ViacomCBS Digital. He’ll shift to an advisory role for the remainder of 2020.

Additionally, Kelly Day, the COO of ViacomCBS Networks International (VCNI), will take on an expanded role as president of streaming, VCNI. Pierluigi Gazzolo is stepping down from his position as president of VCNI streaming and studios.

Plus, JC Acosta has been named president of ViacomCBS International Studios.

Last month, ViacomCBS revealed that CBS All Access will be called Paramount+ beginning early next year.

The rebranding is the second, and much bigger, phase of the two-phase expansion of CBS All Access, which first launched in 2014 and was among the earliest entrants in the streaming space. In July, All Access added more than 3,500 episodes from Viacom networks BET, Comedy Central, MTV, Nickelodeon and Smithsonian Channel, along with a smaller redesign that incorporates hubs for the Viacom networks.

ViacomCBS says in the weeks since the July addition of content, All Access broke a new record for total monthly streams in August and experienced one of its best months ever in terms of new subscriber sign-ups (though revealed no actual numbers). In addition, the average age of new subscribers in August was measurably younger than the service’s overall average subscriber age, due in large part to the addition of UEFA and the newly added content from various ViacomCBS brands.

Separate from the upcoming CBS All Access rebrand in the United States, ViacomCBS is launching an international streaming service in early 2021. All new Showtime series, including the much-anticipated “Halo” adaptation and the upcoming “American Rust,” will debut first on the currently unnamed SVOD (subscriber video on demand) platform, which will first go live in Australia, Latin America, and Nordic countries.

The new international service, which will have content for all ages, will require a paid subscription.

“ViacomCBS has a unique opportunity to combine the best of our brands in a seamless ecosystem of must-watch, direct-to-consumer services for audiences around the world,” Bob Bakish, President and CEO, ViacomCBS, said in a statement Tuesday. “As we plan for the launch of Paramount+, bringing together the leaders of our streaming platforms to create a unified global organization will enable us to execute a holistic strategy across both free and pay. We will draw on the breadth and depth of ViacomCBS’s franchises and branded IP to deliver an extraordinary collection of diverse content with the convenience consumers want.”

Bakish continued, “Tom is a pioneering streaming executive who has demonstrated extraordinary talent in creating a differentiated, consumer-centric service that resonates with global audiences. He will bring this same digital expertise, entrepreneurial spirit and strategic, collaborative mindset as we deliver the very best of ViacomCBS to Paramount+ and our portfolio of streaming platforms. I’m thrilled to work with him, Kelly and the team to unify, strengthen and scale our industry-leading digital offering.”

“I couldn’t be more excited to work with this talented team and build on their momentum, especially as we approach the launch of Paramount+,” said Ryan. “Together, we will leverage ViacomCBS’s beloved portfolio of brands, strong content pipeline and extensive network of partners to deliver must-watch on-demand, live and exclusive original programming to viewers everywhere.”

Bakish added, “I’m grateful to Marc for his many contributions to ViacomCBS’s success. Over the course of his tenure with CBS and then ViacomCBS, he has set the course for our digital businesses and laid a strong foundation for us to build on as we prepare for the next phase of our streaming strategy.”

Of Gazzolo, Bakish commented, “I’ve had the pleasure of working with Pier for many years. He has played a pivotal role in ViacomCBS’s international growth, launching our international studio production business, establishing us as a key OTT player abroad and, more recently, shepherding the successful global rollout of Pluto TV.”