Vikings fans have been long awaiting the comeback of King Ragnar (played by Travis Fimmel) ever since season four, episode 15 of the History Channel series saw him die in a pit of snakes at the hands of ruthless King Aelle (Ivan Kaye).

While eagerly awaiting the final episodes of the hit show, it seems fans of the show have found a possible hint at the king’s long-awaited comeback.

In a Facebook fan group, users were quick to point out the potential hidden clue in one of the posters for the show.

The poster shows Ivar the Boneless (Alex Høgh Andersen) being crowed by an unknown figure.

Although the figure’s face is hidden from shot, fans of the series were quick to notice the mysterious person’s hands are missing two fingers.

As his hands are bound by shackles, he places the crown on Ivar, the new ruler’s, head.

Users were quick to compare the shot of the last time Ragnar was on screen, which showed him in similar circumstances.

Members of the group compared the faceless man to a shot of Ragnar which shows him in similar shackles as he is surrounded by snakes.

The picture was captioned “Ever noticed?” which sparked a flood of comments from fellow viewers.

The post came as a shock to some users as one confessed: “I didn’t notice till now.” 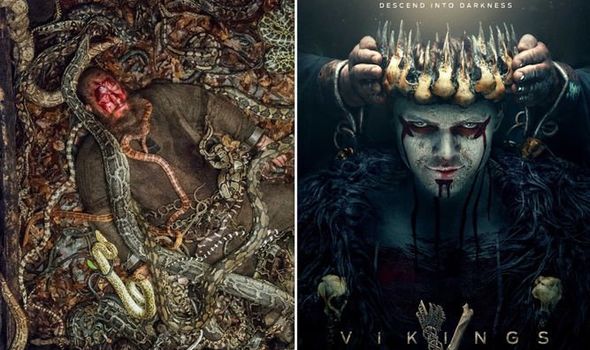 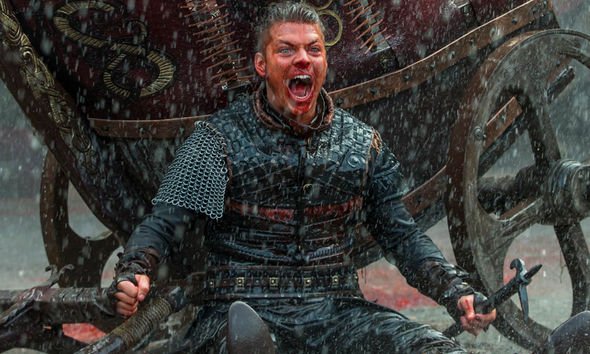 Another optimistically added: “I think maybe Ragnar will come back from the dead.”

Theories began to develop as others speculated that the king never died in the first place, pointing out the fact that no one actually saw his dead body.

“Did anyone see Ragnar’s body?” quizzed one user.

The theory could ring true as when Ragnar’s sons went to retrieve his body, it was nowhere to be seen and appeared to have vanished from the grave.

Despite rumours of a big comeback, others seemed more convinced the poster was merely a metaphor for Ragnar’s final wish. 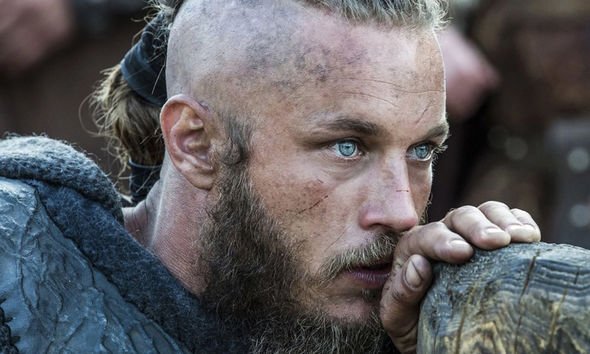 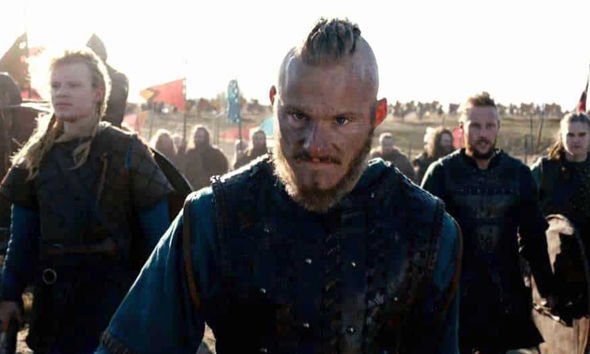 One comment read: “What the creator of the show is saying, is that Ragnar wanted Ivar to be king before he died, and that is why they used that picture for the show”

Another user agreed, saying: ‘Yes, it is Ragnar. And no, Ragnar won’t come back from the dead. This is not Game of Thrones.’

“It is just a symbolism or something which shows that Ragnar chose Ivar to be his successor.”

It comes after it Hvitserk star Marco Ilso teased fans he would die in the final season during a Q&A on Instagram.

Vikings season six is expected to return to History Channel and Amazon Prime Video this year.