“There’s a lot of twists and turns throughout the season that I think are going to be super infuriating for fans,” actress tells TheWrap 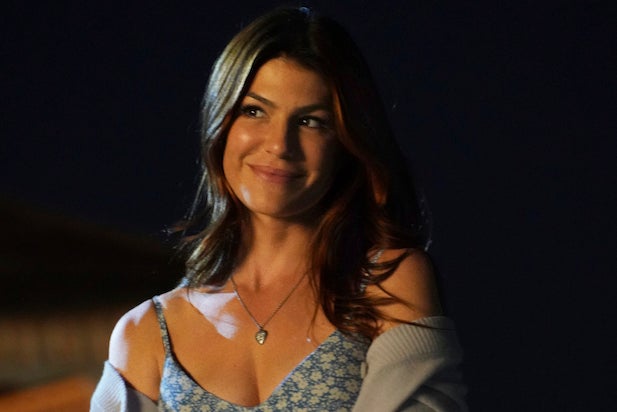 (Warning: This post contains spoilers for the series premiere of “Walker.”)

The CW’s “Walker” closed its series premiere Thursday with more questions than answers about the death of Cordell Walker’s (Jared Padalecki) wife, Emily (played by the actor’s real-life wife, Genevieve Padalecki). And though you might want those answers right away, Genevieve Padalecki told TheWrap it’s going to be a while before you find out the truth behind Emily’s mysterious demise on a night when she and her friend Geri (Odette Annable) were on a routine trip to drop off food and water to stations in the Austin, Texas desert.

“I think there’s a lot of twists and turns throughout the season that I think are going to be super infuriating for fans,” Padalecki said. “Like, ‘Ah! Why! Why!’ And then they’re going to have a lot of satisfactory moments and gratification, for sure. It is going to be a wild ride and I don’t think anyone will be disappointed in this ride. And I think that — don’t assume that you know what’s going on.”

Oh, we’re not assuming we know what’s going on at all. But here is what we do know so far.

Emily and Cordell see each other one last time before her death, when they meet up before he heads off to the family’s game night with their children — Stella (Violet Brinson) and August (Kale Culley) — and his parents, and she goes on her trip to delivery supplies with Geri.

That night, he gets a text from Emily that reads, “SOS. Answer.” Cordell walks away from his family’s game night fun to call his wife and hears her say, “Something’s not right,” as we see her running through the desert at night. Then we hear gun shots and the line goes dead.

Walker calls his wife back, but she doesn’t answer — because she’s lying on the ground, covered in blood and close to death.

The premiere jumps ahead from that night to 10 months after Emily’s death, when Cordell has returned home from an undercover mission. He’s still obsessed with his wife’s death, constantly flipping a poker chip she had on her that night for some reason that he cannot figure out.

Walker runs into Geri during the episode, and the two talk about how she still doesn’t have answers to what really went on that night. Later, Cordell beats up a perp for calling him the Texas Ranger whose wife “bit a bullet down by the border” and saying that Walker “couldn’t protect her.”

That irks Walker, who tells his brother, Liam (Keegan Allen) there is still something fishy here, even though Liam reminds him a man named Carlos Mendoza confessed to the crime.

“Her eyes, they were closed when they found her body, like somebody took the time to lay her to rest,” he says, adding, “What am I missing?”

Well, Cordell, we can’t wait to find out.