Piers Morgan described Geoffrey Boycott’s Brexit rant as “one of the greatest mission statement’s” he had heard “probably since the era of Churchill”. Speaking about the prospect of the UK having to leave the EU without a deal, the former Yorkshire and England cricketer insisted the “spirit and the determination of the British people” would mean the UK would “survive” a no deal exit. Mr Boycott described Britons as “strong people” pointing out the UK “came out on top” after fighting two World Wars.

Speaking on GMB, he said: “‘Great Britain, the United Kingdom, we as a people, if we don’t have a deal with Europe, then we will collapse, it will be terrible’, no it won’t.

“We fought two World Wars, and we came out on top, why? Because of the spirit and the determination of the British people.

“That’s what the British people do. That water around our island has saved us from all kinds of things throughout history because we are a strong people. 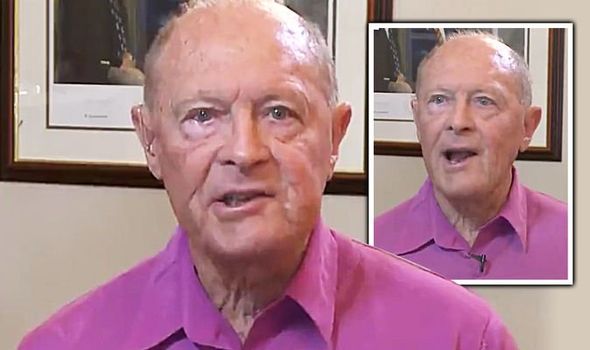 We fought two World Wars, and we came out on top, why? Because of the spirit and the determination of the British people

“There is plenty of others, we haven’t even talked about China, 1.3billion.

“So, let’s hang on, we are not totally dependent on 300million people in Europe.”

Reacting, Piers Morgan, said: “Geoffrey that is one of the greatest mission statement’s I have heard, probably since the era of Churchill.”

It comes as both Foreign Secretary Jeremy Hunt and former foreign secretary Boris Johnson have set out their Brexit plans for when the UK leaves the EU as they bid to take over as Conservative Party leader and Prime Minister.

Mr Hunt has warned that a Boris Johnson government would rapidly collapse, paving the way for Labour to take power.

“Sometimes in politics, you can fudge and get away with it but in the case of Brexit you are going to have to make decisions immediately, and that very fragile coalition will collapse immediately when you have to make those decisions.

“If that happens we won’t have another leadership contest, we will have Jeremy Corbyn in No 10 and there won’t be any Brexit at all.”

It comes after Defence Minister Tobias Ellwood has claimed around a dozen Conservative MPs would support a vote of no confidence in the Government to stop a no deal Brexit.

On the possibility of some Tory MPs supporting the “nuclear option” of denying the Government Commons support if it pushed for no deal, Mr Ellwood told the BBC: “I believe that absolutely is the case.

“I think a dozen or so members of parliament would be on our side, would be voting against supporting a no-deal and that would include ministers as well as backbenchers.”