CURTIS Pritchard shockingly confessed to Tommy Fury that newcomers Joanna Chimonides and Jourdan Riane had captured his attention in the Love Island villa.

Meanwhile, Anna Vakili shared a steamy kiss with Ovie Soko, which appeared to confirm that her relationship with Jordan Hames had more or less come to an end. Here’s the lowdown… 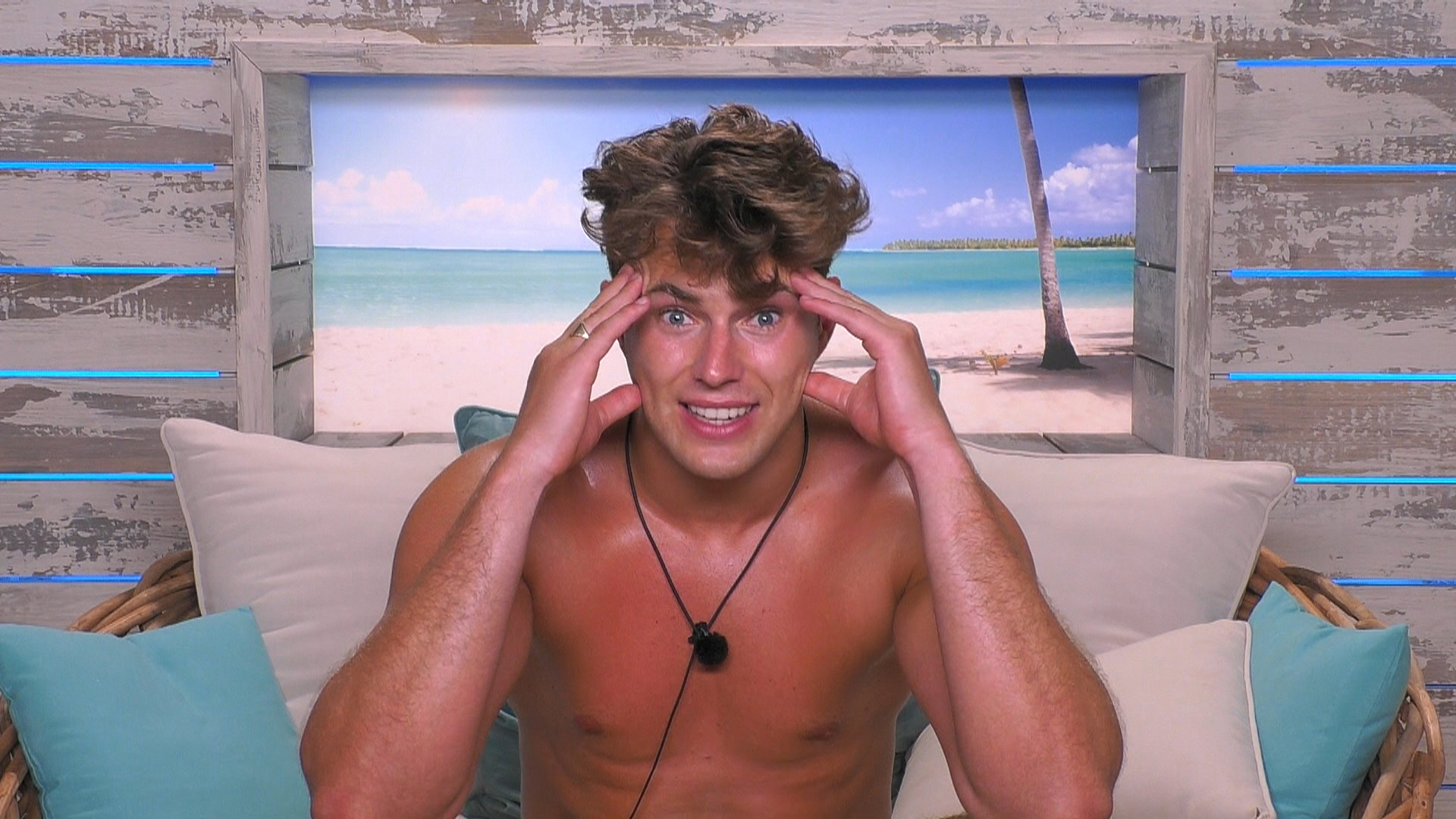 What happened in last night’s episode?

The new girls had finally made their arrival at the main villa, and Michael Griffiths certainly wasted no time getting to know model and socialite Joanna.

During an intimate chat with the firefighter, Joanna was curious to know where things stood with him and Amber Gill before she considered the idea of moving ahead with the Islander.

Michael responded, saying: “Are they things that I would probably put up with outside? Probably not as much as I am in here. She’s quite straight with everything but at the same time she’s not straight with me sometimes and that can be quite frustrating.”

When asked whether he could see himself settling down with another girl in the villa and subsequently leave Amber in the past, the handsome hunk certainly didn’t hesitate to let it be known that if there was someone better for him, he would jump at the chance. 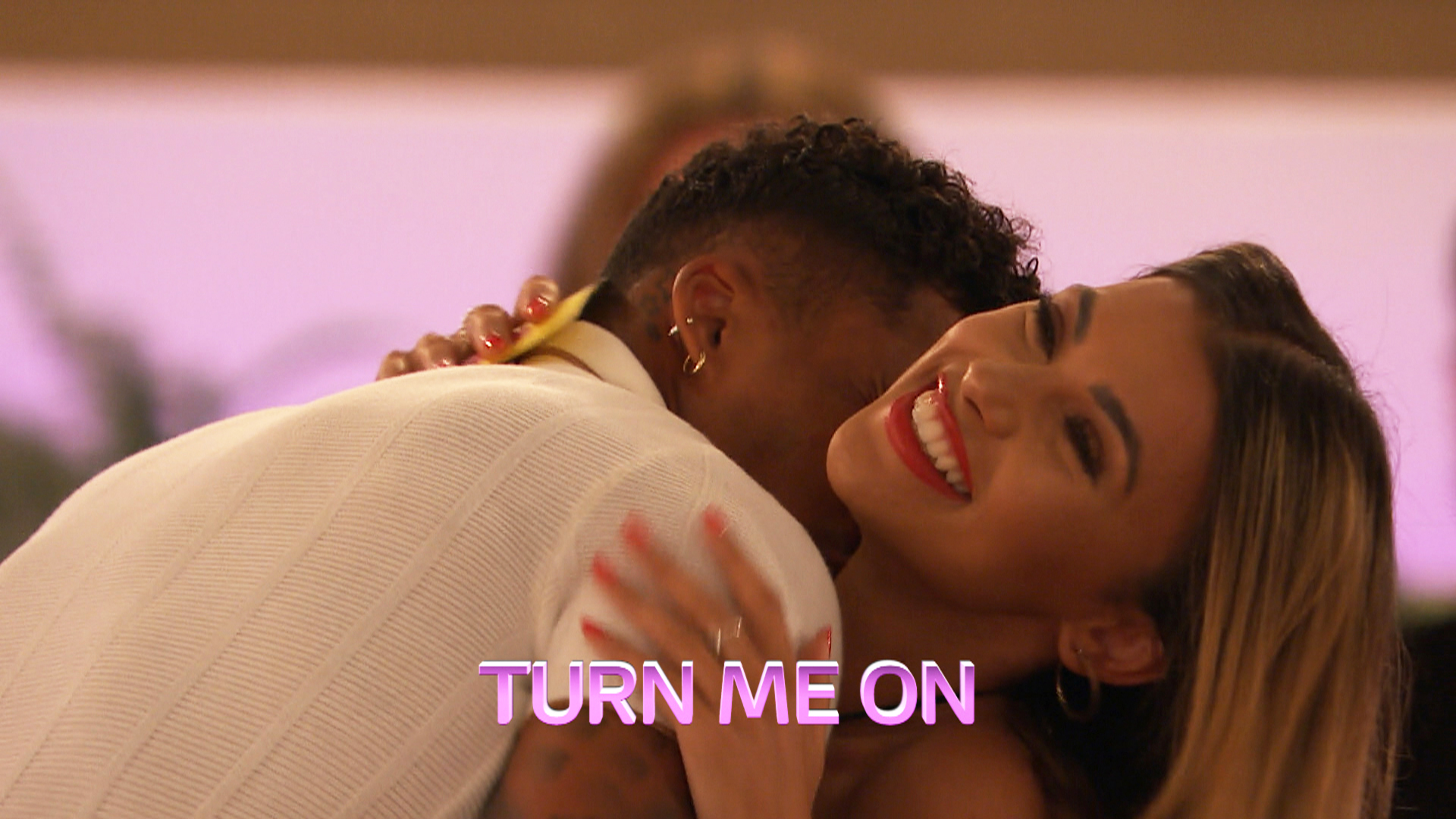 Funny enough, Amber questioned her beau’s loyalty while surrounded by six new women, mentioning how she was convinced that Michael was cracking on with a new girl.

Staying true to himself, the 27-year-old from Liverpool stressed his concerns about his romance with Amber, insisting that the new girls in the villa have certainly given him a new perspective regarding his future with the beauty therapist.

“It’s helped me realise situations that I’ve overlooked with Amber, and it’s made me realise that I did go into a shell over the past week and I wasn’t really acting myself. Just acting a bit out of character.”

Meanwhile, Anna and Jordan certainly didn’t share a connection strong enough to keep their eyes from checking out all the new eye candy. 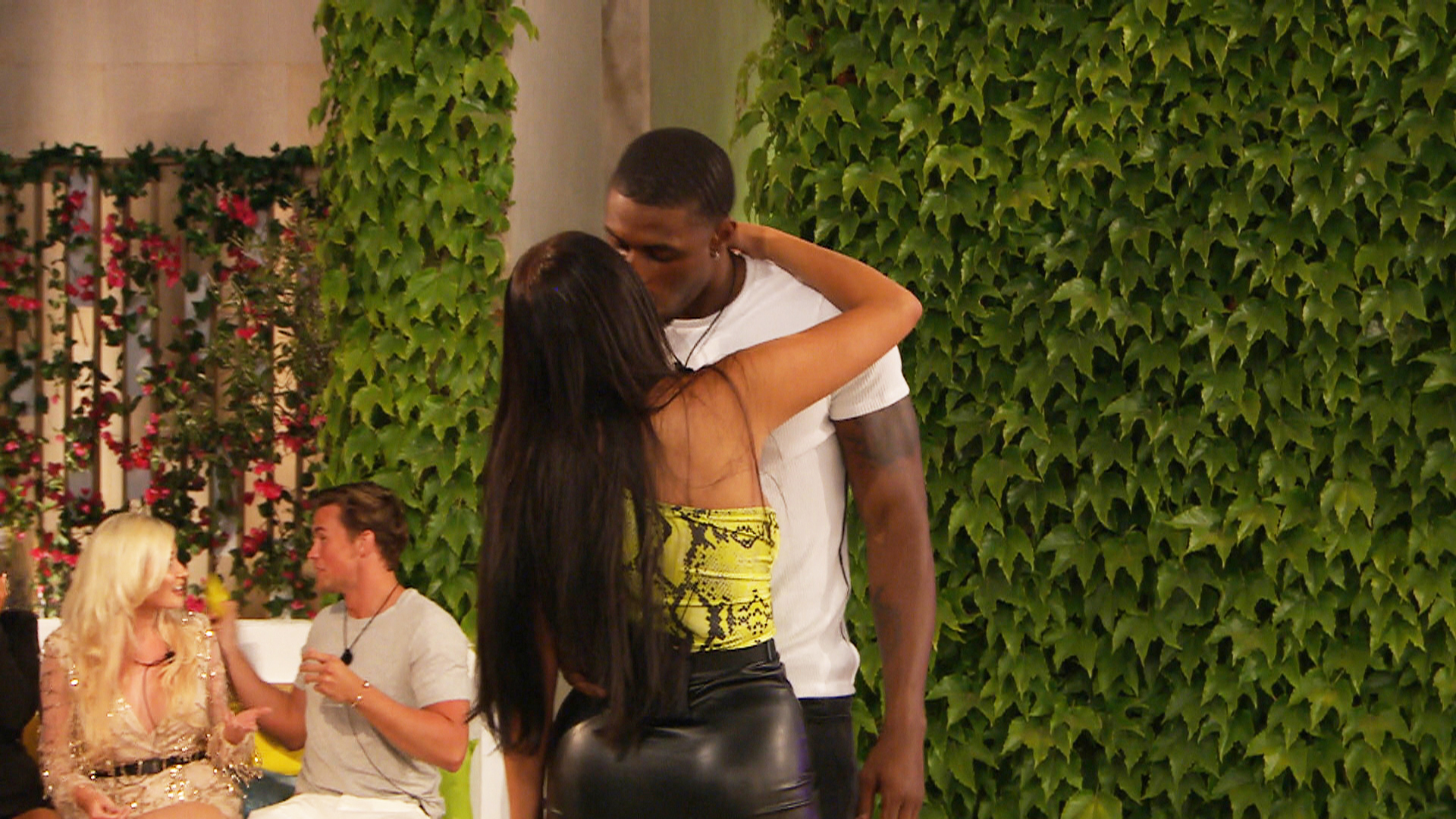 The Kim Kardashian lookalike had already made it known that she was definitely attracted to basketball player Ovie Soko, having explained in the Beach Hut that she’s head over heels in love with the newcomer.

“To be honest I haven’t really spoken to any of the boys apart from Ovie, which I’m really happy about because he’s the first person that caught my eye. He’s just gorgeous, so I’m really excited.”

Jordan, on the other hand, took the time to reflect on his relationship with Anna following the arrival of the new girls – and it was rather clear that the model didn’t deem his situation with Anna to be anything too serious.

In the Beach Hut, he noted: “In the situation with me and Anna, do I like her? Yes? Do we have a connection? Yes. But we’ve not explicitly sat down and said to each other that if this situation was to come around, would we get to know the other people?”

He concluded by saying that he definitely wanted to see where things went with the new girls and that he would have an open approach to anybody that was keen on getting to know him.

Back at Costa Amor, Amber gave her opinion to Anna about her blossoming feelings for Ovie, going as far as to tell her pal that the duo would make an ideal couple together.

“I love Jordan and it makes me feel gutted that I’m saying that but I have to be honest and you look perfect,” she gushed, but that certainly didn’t make Anna feel any better, knowing that she could potentially be breaking the model’s heart by suddenly calling it quits.

But it was during a game of sexy charades, when Anna and Ovie were dared to act out the word “snogging,” that very much clarified that Jordan had become a thing of the past for the curvy Islander. 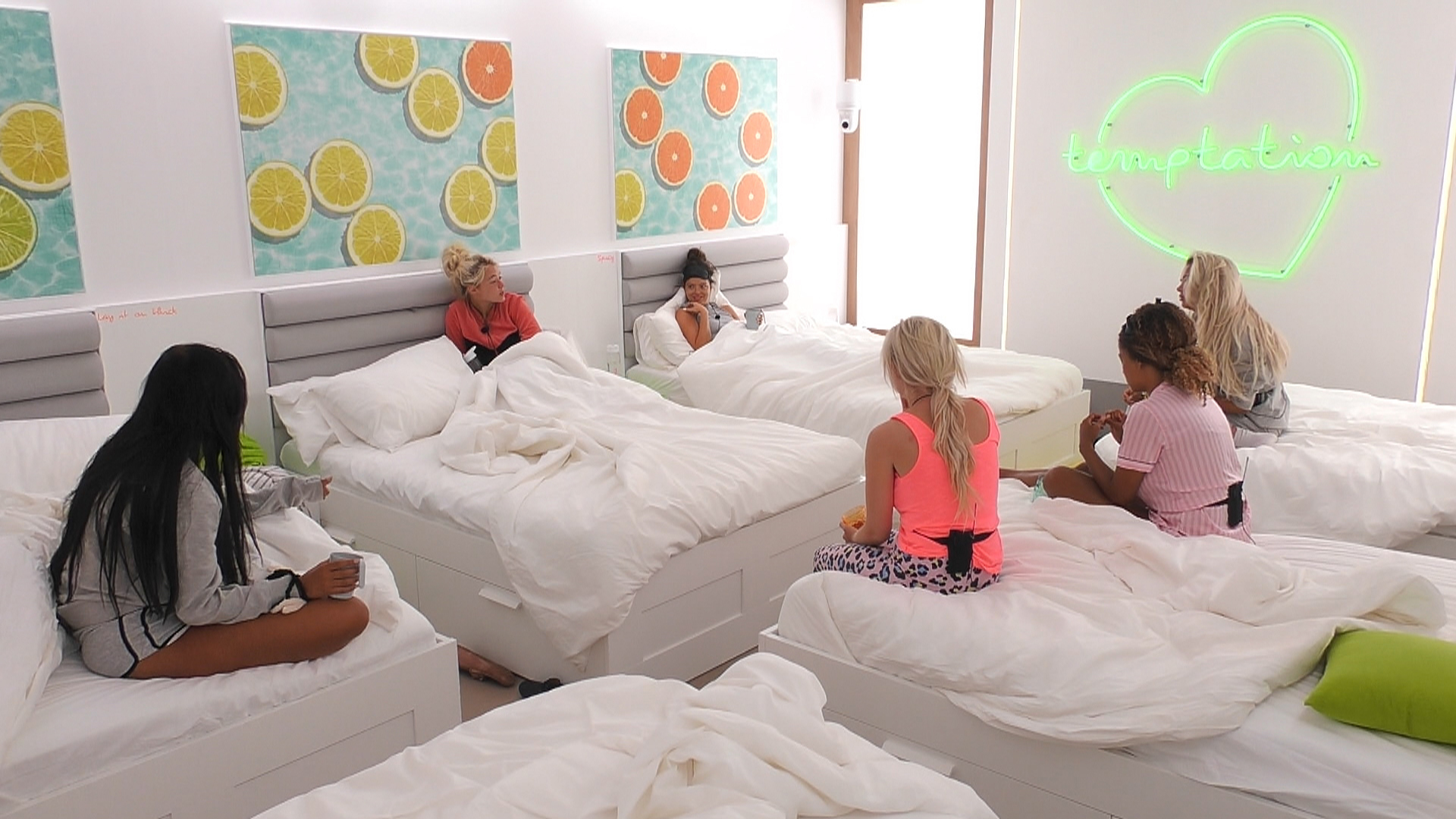 Elsewhere, Amy Hart declared that she would not be sharing a bed with any of the new boys, saying that she was staying loyal to ballroom dancer Curtis.

Little did she know that the man she'd been spending the majority of her time in the villa with had started having second thoughts about his relationship with the air hostess.

“I don’t know why, I’m really confused,” Curtis explained during a chat with Tommy.

“These girls have come in and there’s two of them. Jourdan and Joanna. I don’t know mate, I feel a little bit weird. Maybe this is just going to be a massive test. Why am I even thinking about this situation?”

Could this potentially be the end for Amy and Curtis? And how will Amy react upon finding out that her beau is feeling something for two of the newbies? 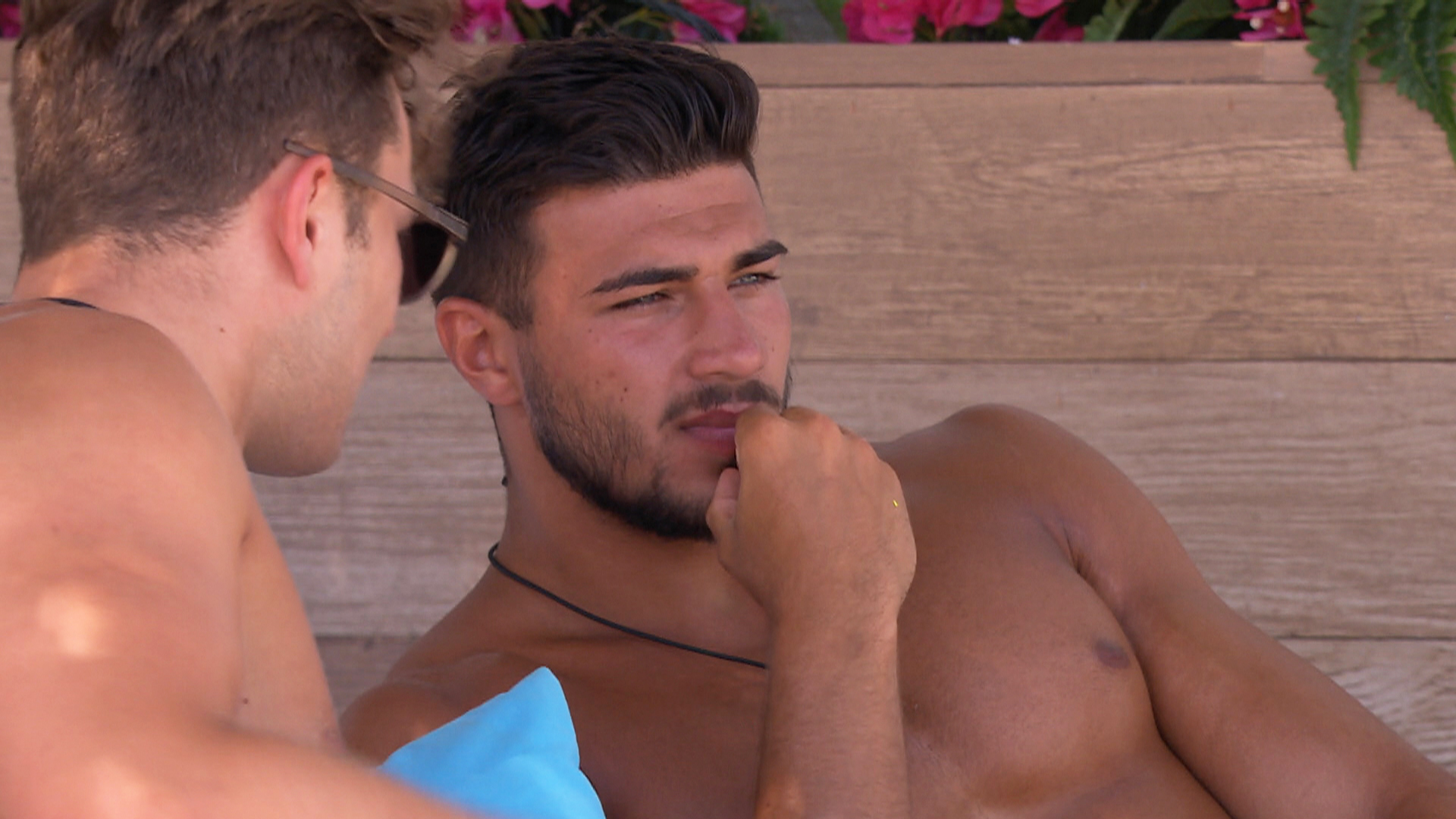 What days of the week is Love Island on ITV2?

Love Island airs every weekday – and on Sundays – at 9pm on ITV2.

Of course, if that's not enough then make sure to check out Love Island: Unseen Bits on Saturdays, which replaces the main show for the day, offering viewers a round-up all the best bits from the week.