Better Call Saul has proved to be phenomenally popular with some putting it on par with parent series Breaking Bad, a compliment indeed given the show is often cited as one of the best television series ever.

The prequel series follows Jimmy McGill (played by Bob Odenkirk) and his descent into the morally defective Saul Goodman, who audiences first met in Breaking Bad – but many are looking for a reminder of what happened to his character in the aftermath of the original series.

What happened to Jimmy at the end of Breaking Bad?

After Heisenberg’s real identity was exposed, Saul knew the game was almost up and was destroying evidence of his practice Saul Goodman & Associates.

He also raided his cash stash as he began his plan of escape, calling on Ed ‘the Disappearer’ Galbraith (Robert Forster) to help him flee New Mexico.

Jimmy went into witness protection and was packed off to Nebraska with a new identity.

Shortly before being sent off to his new life, Jimmy was holed up with Walter White (Bryan Cranston) with the latter trying to enlist the lawyer in a revenge plot. 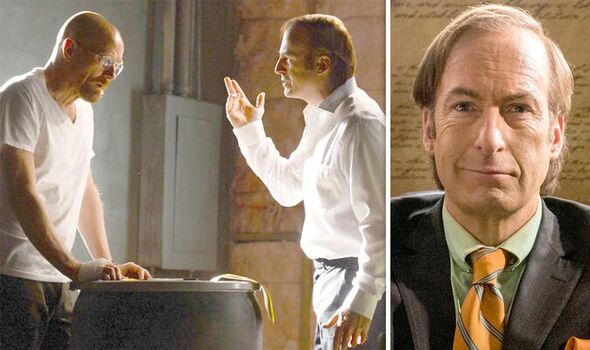 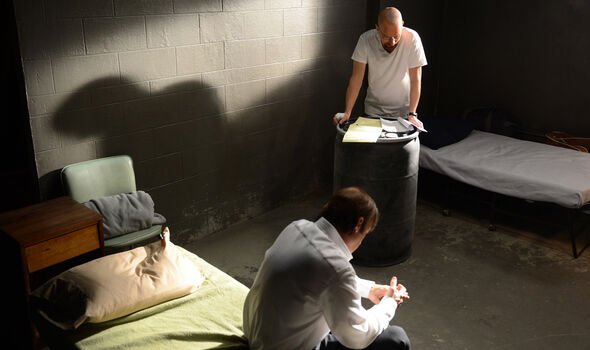 However, Jimmy point blank refused and warned Walter he needed to turn himself in to save his wife Skyler White (Anna Gunn) to stop her from facing prosecution.

Walter failed to heed Jimmy’s words with things ending badly for him, while Jimmy was laying low as Gene Takavic, the manager of a Cinnabon branch in a shopping mall in Omaha.

Jimmy’s opulent and outlandish mansion was taken over by the authorities with removal men repossessing items from the property – something viewers saw in a recent episode of Better Call Saul.

Black-and-white flashforwards at the start of each season of Better Call Saul shed further light on Jimmy’s new life. 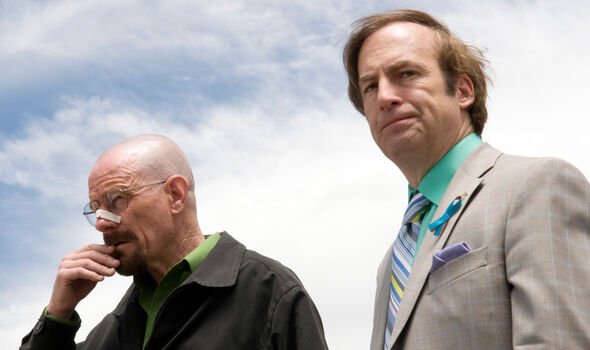 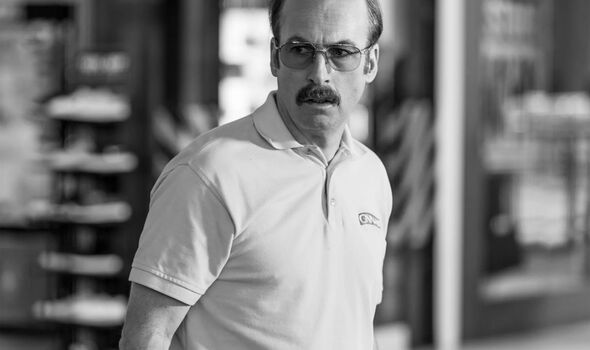 Jimmy was living alone in a house in Nebraska, constantly looking over his shoulder and fearing for his life.

At home, the lawyer was reliving his glory days, watching videos of his old Saul TV commercials he’d recorded on videotapes – they were hidden inside a shoebox Jimmy had taken with him when he’d absconded from town.

The flash-forwards have their own narrative with Jimmy starting to grow more paranoid and even acting out of character from the taciturn Gene.

As these scenes continue, the pressure of laying low becomes too much for Jimmy and he ended up in hospital after passing out.

To make matters worse, Jimmy is later recognised by a cab driver as Saul and is forced to admit he is really the lawyer and not Gene.

After this interaction, a panicked Jimmy contacts Ed for another extraction and a new identity.

Ed agrees to help Jimmy again but this time for more money – as they come to an agreement, the former attorney changes his mind at the last minute and says he will sort it out himself.

Fans will now have to wait and see how things pan out, and if this could be Jimmy’s death sentence.

Some may also be wondering if Jimmy will now try to meet up with his estranged wife Kim Wexler (Rhea Seehorn), who stopped practicing law and left New Mexico because of the death and destruction around her.

Actress Seehorn has not confirmed whether Kim has left for good, meaning there could be a reunion between the couple at some point in Better Call Saul.

Whether Kim and Jimmy will get to drive off into the sunset together is another matter, especially given the bloody and brutal ending of Breaking Bad and Walter’s fate.

The only thing suggesting Jimmy might survive is his awareness about quitting before it’s too late, while Walter kept going in the belief he would get away with his misdeeds.